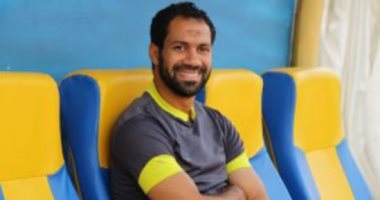 Hosni Abed Rabbo: I don’t know the way Queiroz played..the formation and the changes are wrong

Hosni Abd Rabbo, the former Ismaili and national team star, confirmed that Queiroz made several mistakes against Nigeria in the first round of the group stage of the African Nations Cup, including the participation of Trezeguet out of his position, as well as Mustafa Mohamed.

And Abd Rabbo added, in statements to the Evening On program: “The formation is wrong from the beginning, and the changes are also wrong. The team was far from its level, and I do not know the way Queiroz played.”

Al-Qaisar said that it is unreasonable for Mustafa Mohamed to participate in the right wing position, because the participation of any player in a position other than his position affects his natural level. Regarding the upcoming match against Guinea-Bissau, Abd Rabbo said: “We must start with Abdullah Al-Saeed, Salah and Mustafa Mohamed, in addition to Marmoush, in order to put pressure on the opponent from the beginning.” And the former national team player concluded that the Nigeria team has proven that it is the best in the tournament so far.”