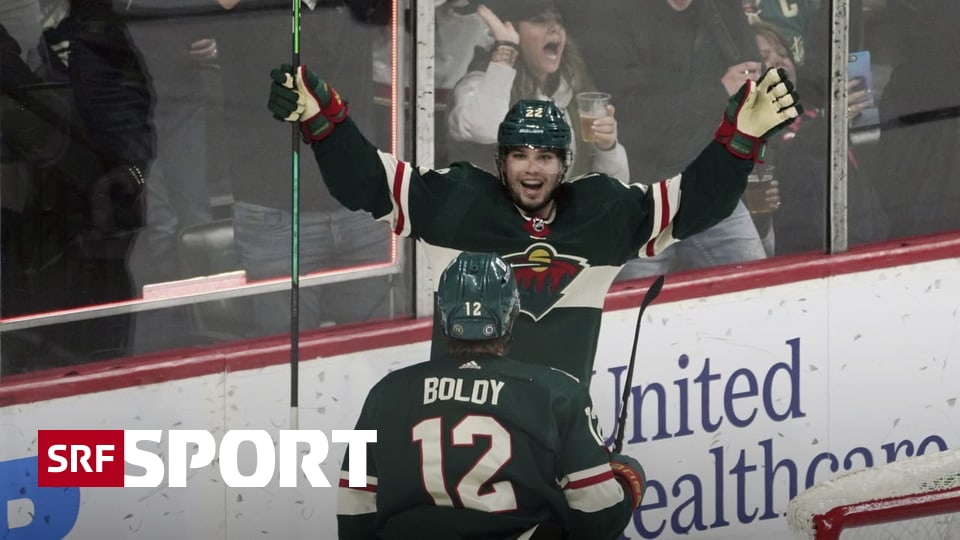 The Minnesota Wild beat San Jose 5-4 thanks to an omnipresent Kevin Fiala in overtime.

Kevin Fiala really gets going again in the NHL at the end of qualifying. The St. Gallen striker scored for the 6th time in a row in a 5:4 aet at home against the San Jose Sharks – four times. Fiala prepared three goals and scored the 4:4 himself in the 49th minute. With this goal, the Swiss skilfully deflected the disc in the slot with his stick.

In the “game winner” after 65 seconds in overtime, former Langnauer lockout player Jared Spurgeon slightly deflected a shot from Fiala. For Fiala it is the first 4-point game this season. Three days ago, the 25-year-old also made a debut with his first NHL shorthander.

After 75 games, Fiala now has 73 points (29 goals). This puts him on par with Timo Meier, who remained without a personal sense of achievement with the Sharks – who lost for the 10th time in a row. Those two points secured the Minnesota Wild (101 points) a spot in the NHL playoffs with seven games remaining.

Nashville is still in the middle of the playoff fight. The Predators could have scored more important points at home against St. Louis – but they didn’t. On the contrary.

The “Preds” conceded a 3: 8 defeat. The middle third proved to be devastating, with the hosts losing 7-1. St. Louis, who have scored at least four goals in their last 12 games, have never before managed seven goals in a third. Nashville captain Roman Josi remained without a scorer point.

Suter with 14th goal of the season

The Detroit Red Wings lost 6-1 to the Florida Panthers at home. After losing 4-0 to the New York Rangers the night before, Detroit got the consolation goal this time. This went to the account of Pius Suter. The ex-ZSC striker netted in the 53rd minute to make it 1:5. It was the 14th goal of the season for the man from Zurich.

See also  In Moscow transport for a year, the mask regime was violated more than half a million times - RBK