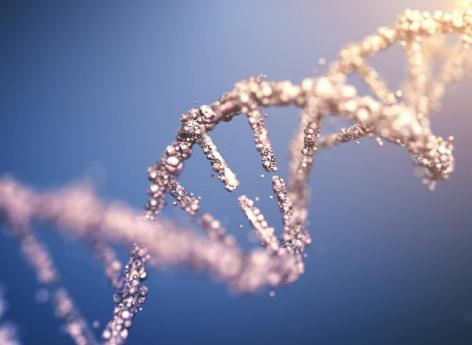 Aromatic Amino Acid Decarboxylase (AADC) deficiency is a very rare genetic disease in children. This is linked to an insufficient production of dopamine and serotonin by certain brain cells. These substances have a very important role for the functioning of this organ and their lack causes significant motor disturbances in patients who are affected. Because of their motor disabilities, they generally need assistance in their day-to-day life. They also have trouble sleeping, speech problems and difficulty eating. Currently, there is no treatment for this disease. But, according to a study published in the journal Nature Communications, gene therapy delivered to the brain may be able to treat AADC deficiency safely and effectively.

The healthy gene carried to brain cells by an adenovirus

Gene therapy is a therapeutic strategy which consists of penetrating healthy genes into the diseased cells or tissues of an individual in order to treat a pathology. Thus, during the clinical trial, seven children with AADC deficiency received infusions of the DDC gene, a healthy gene to repair diseased genes since AADC deficiency is a genetic pathology. This DDC gene was carried by an adenovirus – harmless and then eliminated – to the brain cells of the participants. It was then incorporated into the DNA of diseased cells and provided them with instructions to make AADC, the enzyme necessary for the production of serotonin and dopamine. Finally, the research team used magnetic resonance imaging to guide the precise placement of gene therapy, thus making it a targeted treatment.

Three months and then twenty-four months after the gene therapy, the researchers gave the patients examinations. These revealed that gene therapy led to the production of dopamine in the deep brain structures involved in motor skills. In addition, dopamine metabolite levels increased significantly in cerebrospinal fluid. It is an organic compound involved in the development and reproduction of dopamine. These satisfactory clinical results have had repercussions on the lives of patients: gene therapy led to an improvement in their symptoms. In six of the seven participants, the abnormal eye movements characteristic of AADC deficiency – specifically the eyeballs – disappeared completely, as well as those of the head, neck and body. In some children, this improvement was seen as early as nine days after treatment.

No unwanted side effects in participants

All of the young patients showed improvements in their motor skills. On the other hand, after gene therapy, the parents of a majority of the participants reported that their children slept better and that mood disorders, including irritability, improved. Progress has also been observed in eating behavior and speech ability. Two of the children were even able to walk – with support – within 18 months of gene therapy. Another very positive aspect: no undesirable side effects were observed in the patients and the gene therapy was well tolerated. Nevertheless, seven months after the clinical trial, a child suddenly died. For the moment, no link has been established between this death and the treatment administered. The cause is believed to be due to another disease.

This study is a first step towards an effective targeted gene therapy for AADC deficiency… The hope of a better care for the 135 people suffering from this disease in the world.