Honor Magic 4 Pro in the test: the perfect Huawei replacement?

With the Honor Magic 4 Pro, the ex-Huawei subsidiary brand is re-entering the German flagship market. Can the Chinese make a successful comeback? We tested the smartphone in everyday use.

Scope of delivery of the Honor Magic 4 Pro

The scope of delivery of the Honor Magic 4 Pro includes the device itself, a case as well as the quick charger and USB-C cable.

The Magic 4 Pro has an interesting design as it is different from many other flagship smartphones in 2022. The glass back is also rounded, as is the display. The cameras sit in a circle, Honor calls it the “eye of the muse.” On the front is a huge 6.81 inch display with very thin bezels (93% screen to body ratio). In the top left of the display there is a “dual punch hole” for a front camera and sensors for 3D face unlocking. Here you can definitely still see the former influence of Huawei, because the design of the device reminds me of the Mate 40 Pro.

The processing itself is impeccable. High-quality materials, buttons that are easy to press and no scratches to be noted after three weeks. What really annoys me is the pre-installed screen protector. It’s really cheap, but I don’t want to take it off either. Because the screen protector sits so well on the display, I couldn’t do it any better. However, the dilemma causes an unpleasant typing experience, since the film’s material is poor.

As already mentioned in the design, the display is huge. It is probably the largest display in a non-foldable smartphone that I have ever used. The display ticks off almost all the important points that a flagship smartphone should have. AMOLED, LTPO 2.0 120 Hertz, HDR10+, 10 bit. But it *only* has a resolution of Full HD+. I personally didn’t notice that in everyday life, but it could bother some people who want the best value for their money on the market.

The Magic 4 Pro has a huge display (Image: TechnikNews)

In everyday life, I really liked the display. It looks like a piece of glass in your hand, and its size means that videos and films are no problem on the go. The only problem is that it’s difficult to use with one hand. But Honor has built a 1-hand mode for this, which can be activated with a swipe from the lower right or left corner to the middle (and then hold it down). This has made it easier for me to type a message in tricky situations. The brightness is also more than good, but the display does not come close to an S22 Ultra (probably the best display so far this year). But it’s definitely one of the best.

The Magic 4 Pro is a flagship phone, and it comes with a flagship processor. Inside sits the Snapdragon 8 Gen 1 with 8 gigabytes of RAM and 256 gigabytes of internal storage. There is no other version. In everyday life, the system runs mostly smoothly, but I’m used to better from the Snapdragon 8 Gen 1, especially recently with the OnePlus 10 Pro or Oppo Find X5 Pro. This is not due to the processor itself, but to the software.

Because Honor had very little time to completely revamp the software after parting ways with Huawei. That’s why I didn’t expect the software optimization of a BBK or Xiaomi, but it’s enough for everyday use. The Magic 4 Pro could only feel slow in places for those who are used to the better optimization. On the other hand, the vibration motor and the loudspeakers are of very high quality. The vibration motor gives good feedback, but not as strong as in the Pixel 6 Pro. The speakers, meanwhile, are true stereo sound, with two large vents at the top and bottom of the unit. Listening to music and watching videos on them, together with the display, is a dream.

A short sentence to make a call. This works very well on the Magic 4 Pro just like on any other smartphone. Honor has also installed a “Privacy AI function”, which makes it harder for the sound to get out. That worked well in everyday life, at least during two phone calls, a person standing next to me found it difficult to understand my call.

The fingerprint sensor sits under the display and is surprisingly an ultrasonic sensor. This is otherwise only found in Samsung smartphones. The ultrasonic technology is safer than the optical sensors and also does not need any light, which could disturb in the dark.

The Magic 4 Pro has three cameras on the back. A 50 megapixel camera for wide-angle photos, a 50 megapixel ultra wide-angle camera and a 64 megapixel telephoto lens. The other two sensors are a ToF and a flicker sensor. The Magic 4 Pro has three cameras on the back (Image: TechnikNews)

The cameras on Huawei smartphones have always been a highlight in the past. Not surprisingly, this is also the case after the two companies split, because the sensors do an excellent job. Both the main camera and the ultra wide-angle camera take sharp, detailed photos and the zoom, which goes up to 100x, always takes detailed pictures. But it’s definitely not the best camera I’ve seen in a smartphone so far. Especially when it comes to night shots, Samsung and Google are still ahead. 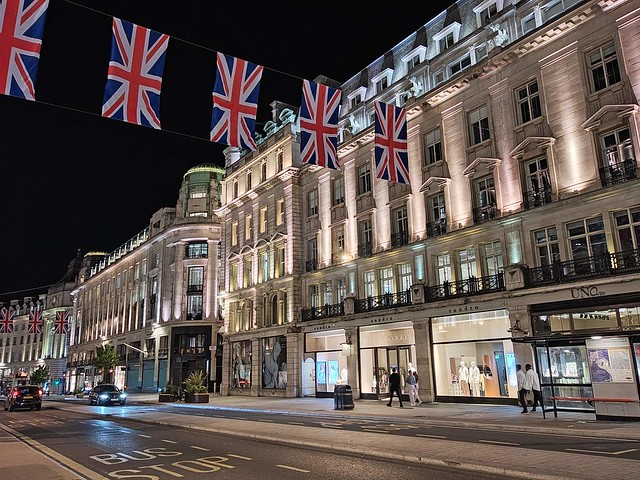 The same applies to the front camera, which has a resolution of 12 megapixels. Portraits are good, but sometimes the blur is not perfectly set. Here, Google continues to have the best algorithms.

The Magic 4 Pro’s battery is surprisingly good for a flagship. I got through at least one day with my smartphone, sometimes I had to charge it in the morning after a long evening. But this good battery also has its price, but more about that in the software part. The Magic 4 Pro is the only smartphone in the world that can be charged with 100 watts using a wireless charger (Image: TechnikNews)

The Magic 4 Pro can be charged with a super-fast 100 watts, both via cable and wirelessly. In addition, Honor also included a wireless charger in the reviewers kit, which we could use to test this. In both cases, a full charge from 0 – 100% is possible again in 35 minutes. In 20 minutes, however, 65% of the battery is already full again.

The Magic 4 Pro runs the latest Android 12 with “Magic UI 6 Skin”. This is strongly reminiscent of Huawei’s Emotion UI, which doesn’t surprise me either. When could Honor have come up with a whole new Android skin in the last couple of months. In addition, EMUI was also a very good Android skin, especially with many extras. There’s an app bar, e-book mode, multi-windows, one-handed mode, and so on.

But this Android skin has been giving me real problems with notifications for a long time. Sometimes they came late, or like with Snapchat, they still don’t come. In the past, Huawei had adopted the idea of ​​simply “stopping” apps in the background. This ensures that the battery life is very good, since the standby battery life is very low, but notifications came later or didn’t come at all. I’ve tried setting an exception in the settings, but Snapchat still doesn’t give me any notifications. This can also be liberating, but other users get in the way. The software of the Magic 4 Pro is still very expandable. (Image: TechnikNews)

In addition, I had a bug at the beginning, which has now been fixed by Honor (according to my report). No other customer would have noticed that, because this only occurred after a change from Android 12L to Android 12, i.e. it would only include Pixel users. My Vodafone SIM didn’t work properly there, I just wanted to mention it for the sake of transparency.

The launcher can also be expanded, it was difficult to activate the app drawer, apps cannot display the “Settings” with a long press, the launcher sometimes lags in the search.

Conclusion on the Honor Magic 4 Pro

The Honor Magic 4 Pro is currently my top candidate for the best Comebacks flagship 2022. The display is fantastic, the processor is very good and the cameras are in the top 5. But what is currently holding the device back is the software. It still seems immature, in places copied 1:1 from EMUI and not yet fully adapted to the device. I can totally understand that, Honor hasn’t had the time to “reinvent” itself yet.

But then an RRP of 1099 euros is set quite high, I would have preferred a competitive price of 999 euros. At least there is currently an offer for the device with the Honor Watch GS3 and a wireless charger, if you get rid of it on well-known marketplaces, you could pay for the device with it. At least I’m curious how the journey will continue for Honor, but the Magic 4 Pro is a clear signal: We’re back.

See also  Five things why Android is better than iPhone