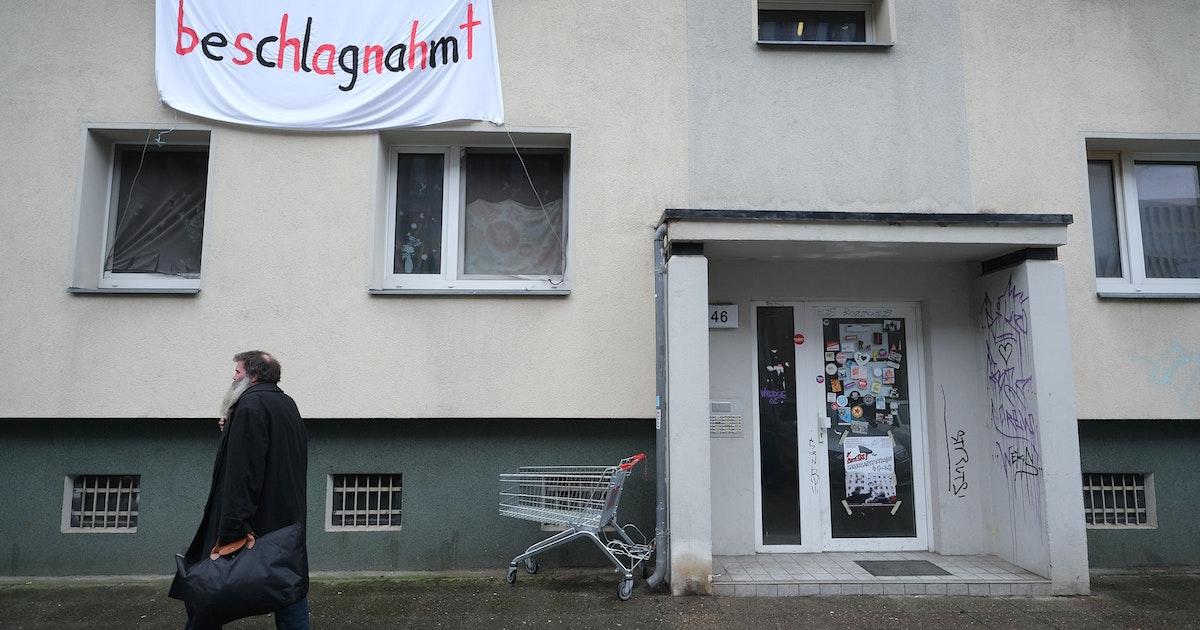 Homeless people should make room for Ukraine refugees in Berlin-Mitte

In January, more than 50 people who had previously lived on the streets moved in a block of houses at 40-48 Habersaathstrasse in Berlin-Mitte. The prefabricated building dates back to the last years of the GDR and was originally built for Charité employees. There are small, cheap apartments there, most of which are now empty – in the middle of Berlin’s biggest housing crisis.

The block was occupied shortly before Christmas, and a few days later the first homeless people were able to move into apartments. Many for the first time in a long time. The Mitte district and the owner of the property agreed.

Now, according to the will of the owner, the people should move out again – by Monday, May 2nd, 10 a.m., “handover of the keys directly in front of the unit”. The initiative Leerstand-Hab-ich-Saath, which has been campaigning against vacancies in the block of flats for a long time and has been accompanying the new residents since January, found out on Wednesday through a letter from the property management team, which the Berliner Zeitung has seen.

District and owner have been arguing for years

In the letter, the property management first thanks the initiative for its “commitment” and “self-initiative”. The volunteers had repaired pipes or cisterns in the apartments, installed smoke detectors, and organized furniture. According to the letter, it was about “winter aid” for the homeless, which now ends in April. “For the sake of good order, the district mayor was informed of this again by e-mail”. Stephan von Dassel (Greens) had supported the move in of the former homeless – and always emphasized that it was a temporary solution.

The Mitte district has been arguing for years with the owner, Arcadia Estate GmbH, which wants to demolish the block of houses in order to build new ones on the property. Building land in such a good location, between the BND headquarters and the Charité, is hard to come by in Berlin. Since January, however, the district mayor has been trying to reach a compromise with the owner – if affordable apartments are built in part of the new building, demolition and new construction will be approved.

Is it now so far, should the block be demolished?

Initiative replies: “We intend to stay”

In the letter from the property management to the initiative, there is talk of a different use: one wants to offer living space for the “Ukraine Aid”, which should be organized “together with a company run by Ukrainians in the property”. “From our point of view, the changed circumstances in Europe and the refugee situation in Berlin require immediate help,” the letter said. The district was offered a cooperation.

District Mayor Stephan von Dassel did not respond to an inquiry from the Berliner Zeitung about Habersaathstrasse this week.

Supporters of the people who now live in the apartment block want to resist the property manager’s request. “We intend to stay. There is an agreement between the district office and the owner that the homeless can stay until the demolition takes place. That could have taken three to five years,” says spokeswoman Valentina Hauser for the Berliner Zeitung. Some of the formerly homeless residents are now officially registered in the house.

The owner wanted to put pressure on, Hauser continued. “You can earn more money with refugees. We only pay the operating costs, you can ask for rent from refugees.” The district office and the social administration of Senator Katja Kipping (left) have already positioned themselves towards the residents and assured that “refugees will not be exchanged for the homeless”.

So no moving out with key handover on Monday? “We will definitely not do that,” says Hauser.