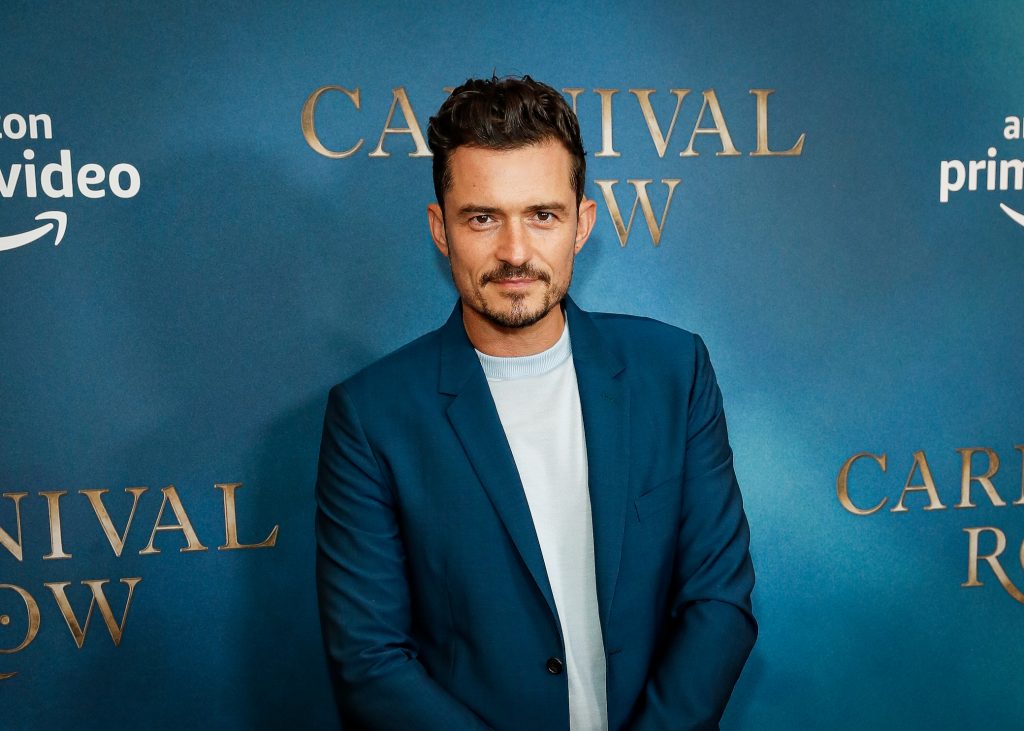 Orlando Bloom is in front of the camera in Queensland (Australia) for his new film “Wizards”. During breaks in filming, he works diligently on his body in the gym, as the actor proves with an “Instagram” video. The focus of the workout: his impressive upper body muscles.

Whether as Legolas in “Lord of the Rings” or as Will Turner in “Pirates of the Caribbean” – there is no question that Orlando Bloom was always fit and delighted viewers with stunts and fighting skills. Now the actor proves with an “Instagram” video that he’s not only agile, but also amazingly muscular. Topless, he shows his steeled stomach, his defined chest, as well as arm and back muscles. In the clip, his fans can also find out which three exercises Orlando Bloom’s upper body training consists of.

Biceps curls with the barbell

For a hardened biceps, the 45-year-old relies on bicep curls with the SZ dumbbell. The weight is guided to the chest in a controlled manner with both arms lying close to the upper body. Bloom is putting so much weight on the bar that he’s struggling on the reps.

To form his six-pack, the actor uses an ab roller to help. The core exercise featured in Bloom’s video, called the Ab Wheel Rollout, is performed as follows: Get on your knees, place the ab roller on the floor in front of you, and firmly grasp the two handlebars with your hands. Then you slowly drop forward and roll to the maximum extension of your arms and upper body until you are just above the floor. Then push yourself back up by doing the exercise in the opposite direction. Sounds easy, looks simple, but it’s one of the hardest and most effective core exercises.

Incidentally, ab wheel rollouts are not only an ideal exercise for the abdominal muscles. It also benefits the lower back, glutes and even the triceps.

Reverse butterfly from above

The third exercise Orlando Bloom demonstrates as part of his upper body workout is a variation of the reverse butterfly on the cable pulley. The exercise is ideal for training the upper and rear shoulder and back muscles. In the starting position, the father of two stands at the cable pulley with his arms outstretched in front of him, holding a grip on the two cables in each hand. The hands are above the chest. On the exhale, Bloom pulls the ropes that are crossed outwards. The arms are almost fully extended at all times. Only the elbows are slightly bent to protect the joints. Tip: Continue the pulling movement while exhaling until your arms are level with your body. On an inhale, return to the starting position.

Broken back at the age of 19

If you look closely at Orlando Bloom’s upper body workout, you’ll spot a noticeable scar on the Hollywood star’s back. The explanation for this can be found in the caption that the 45-year-old posted to the “Instagram” video: “I suffered a broken back when I was 19 and they told me that I would never walk again.”

Also interesting: Back training at home without equipment – an expert shows how it works

In August 2021, Bloom had published a photo from a younger age showing him wearing a support corset. He had to wear this for several months after falling from the 3rd floor. His spine was shattered in the accident and he narrowly escaped death. It’s nothing short of a miracle that just three months later he’s on a bike, making a career out of action films, and doing tough weight training today. Doctors diagnosed him with paralysis in 1998 and predicted he would never walk again.

We’re glad it didn’t happen that way. And maybe it will give courage to someone who is in a similar situation.