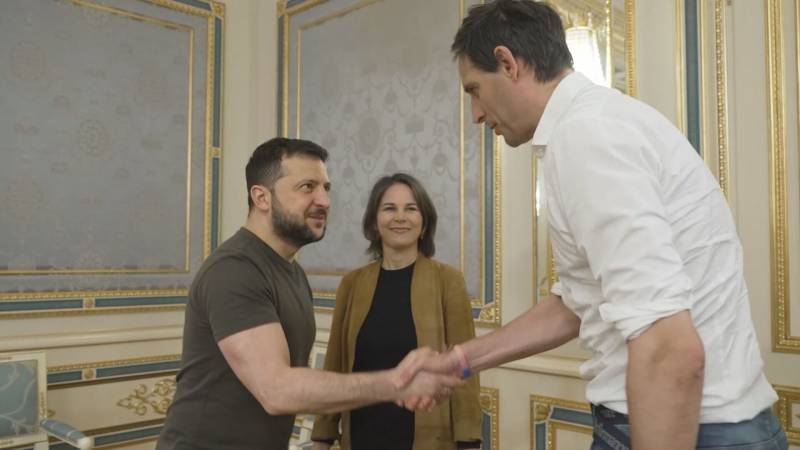 Minister Hoekstra has visited Ukraine. In the capital Kiev, the foreign minister spoke with President Zelensky and his colleague minister Koeleba, among others. It was the first time since the start of the Russian invasion on February 24 that a Dutch minister visited Ukraine.

The purpose of the visit was mainly to encourage the Ukrainians and to pledge support again. According to Hoekstra, Zelensky expressed his gratitude for the Dutch involvement: “He appreciates the arms deliveries, the sanctions and the team that is collecting evidence for war crimes. On the other hand, he says: we are not finished yet, the war continues. “

Zelensky also discussed candidate status with Hoekstra for a possible accession of Ukraine to the European Union. The European Commission will present a proposal on this in June. Hoekstra said the cabinet will look at this openly. “But the most important thing right now is that we help with weapons, sanctions and reconstruction.”

The Dutch minister called Zelensky’s morale sky-high. According to Hoekstra, the president leads his country in an admirable way.

Hoekstra first went to Irpin, a heavily affected suburb of Kiev this morning. He was shown around there and was impressed: “We know the terrible images of the television. If you stand next to it, and you see how the house has been destroyed and what the impact is on the people, on the buildings, schools and hospitals, That’s horrible to see.”

He emphasized that the Russian army does not care about the laws of war and that the perpetrators will have to appear in court. Hoekstra added that the Netherlands wants to continue to support Ukraine for as long as necessary.