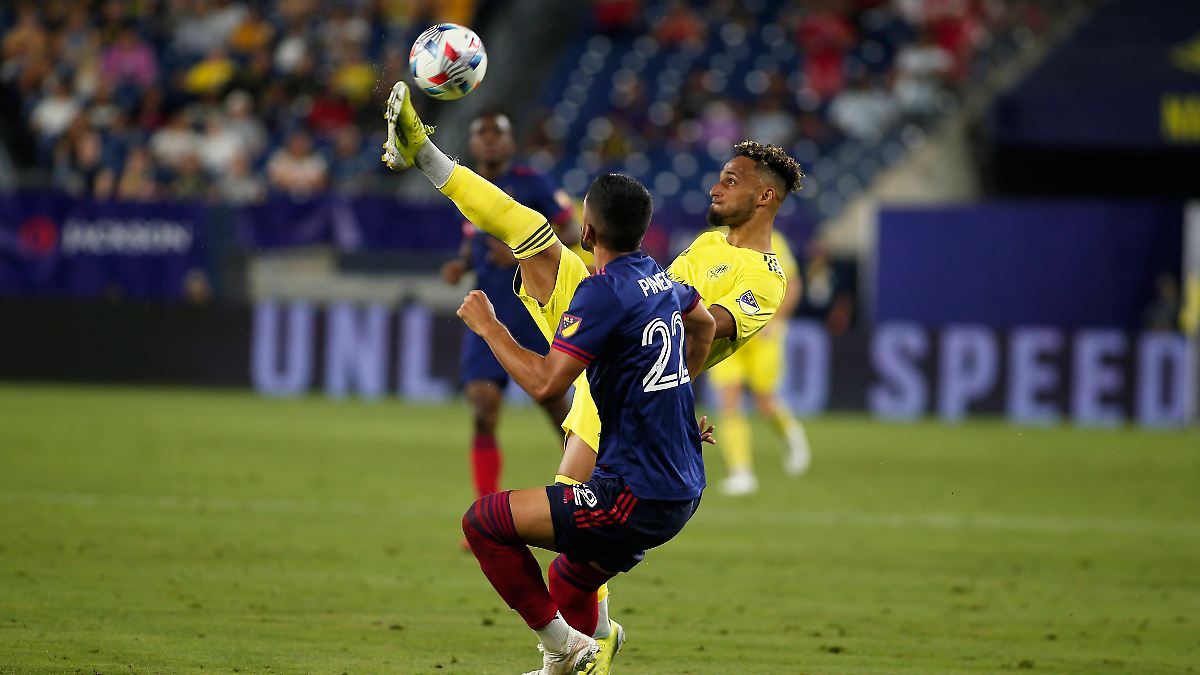 Hany Mukhtar did not make a breakthrough at Hertha BSC, Benfica Lisbon and RB Salzburg, but from Bröndby IF the Berlin native moved to the USA. The 26-year-old is now creating something historic for Nashville SC by scoring a lot of goals very early on.

Hany Mukhtar is the best footballer Major League Soccer has ever seen. At least in a certain category. The native of Berlin has achieved something that even the biggest stars of the North American professional league have not achieved, regardless of whether they are called Zlatan Ibrahimovic, David Beckham, Wayne Rooney or Andrea Pirlo. In the 5-1 (4-0) success of his Nashville SC against Chicago Fire, Mukhtar scored the earliest hat trick in the 25-year history of the MLS. And narrowly missed even a four-pack.

“A day to be remembered”, wrote Mukhtar in his Instagram story, who was trained by Hertha BSC when he was young, made his professional debut there and played in the youth national teams of the DFB from U15 to U21. The 26-year-old made the first step to the record in the tenth minute of the game when he punished a mistake in Chicago’s build-up with the opening goal for Nashville. Only three minutes later the ball was back in the net, this time after a remarkable double stepover.

In the 16th minute, Mukhtar completed his work from 18 meters in an outstanding manner. He stroked a free kick from the half-left position on the lower edge of the crossbar, from there the ball jumped over the line and the offensive player set off towards the corner flag to be celebrated by his own fans. It was not only the earliest three-pack since the founding of the MLS and the first by a German professional, but also the second-fastest hat trick after Harut Karapetyan, who scored three times in less than five minutes for the Los Angeles Galaxy in 1998. Ibrahimovic also scored three hat tricks for the Galaxy, but neither as early nor as fast as Mukhtar.

For the German, who once played for the first time at FC Stern Marienfelde in the south of Berlin, it was a premiere as a professional footballer. He had previously only scored three goals in one game in the preliminary round of the 2015 U20 World Cup, when the DFB selection was clearly superior to Fiji with 8: 1 (5: 0). Against Chicago he scored a fourth time, but recognition failed because of a previous offside position. The 26-year-old will also go down in the history of Nashville SC, because it was also the first hat trick for the club, which was founded in 2017 and has been participating in the MLS since 2020.

Mukhtar, who was born in Berlin and grew up in football at Hertha, was once considered a promising talent, but could not assert himself at the capital club and moved to Benfica Lisbon in 2015. After a loan to Salzburg, he came to Bröndby IF in 2016, where he won the Danish cup competition in 2018. In January 2020 he moved to the MLS newcomer Nashville SC in the US state of Tennessee.