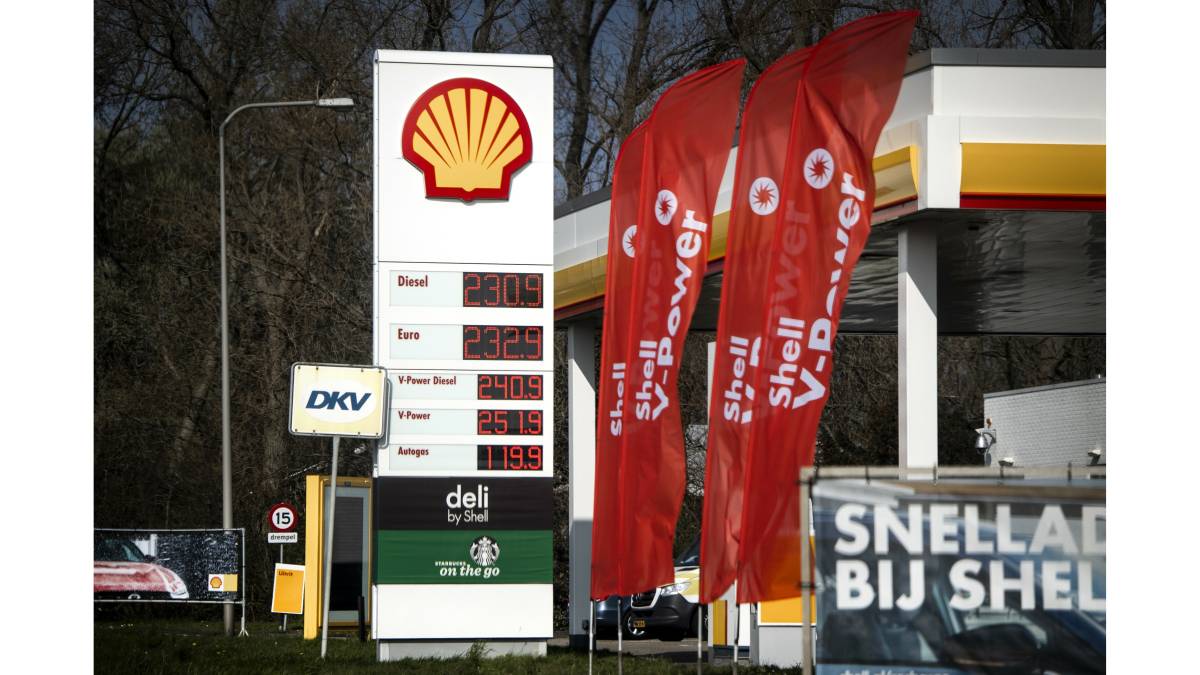 Due to the high prices for oil and gas, Shell made a record profit in the second quarter. Bottom line, profits came in at $18 billion in the past three months, also thanks to the reversal of previous write-downs.

The company plans to repurchase $6 billion of its own shares in the coming months. That comes on top of the $8.5 billion in treasury shares the company bought in the first half of this year. Buying own shares gives the share price a boost.

Shell reverses previous write-downs on assets because it assumes that prices will remain high for a longer period of time. That results in a windfall of 4.3 billion dollars for this quarter.

The company is benefiting from persistently high oil and gas prices. Oil refining, among other things, yields more money, about 1 billion dollars more than in the first three months of this year.

“Our profits are very significant. I realize that,” says CEO Ben van Beurden in an explanation of the figures. He calls the high prices a ‘global phenomenon’ that Shell cannot do much about. Making money does come with a responsibility, he says.

“And that responsibility is that we continue to invest in energy security, and we are doing that, and of course in the energy transition that makes the societies in which we operate less dependent on the volatility of oil and gas.”

Last quarter Shell had to write off about 4 billion dollars because of the departure from Russia. The company still made a profit of $7.1 billion at the time.

The high profits of oil and gas companies have led to an extra profit tax in the United Kingdom, where Shell has been officially located since the beginning of this year. The money that the government collects with this is used to meet people who are having a hard time due to increased prices.

There will be no such tax in the Netherlands in the short term, the cabinet said at the beginning of this month. “The introduction of a new, specific solidarity levy to tax excessive profits of all energy companies is not possible in the short term and has a number of bottlenecks,” Minister Jetten and State Secretaries Vijlbrief and Van Rij wrote to the House of Representatives.

“Globalization has failed: this is the world we live in”

Cospito, the shocking secret audio: hymns to the Red Brigades at Sapienza

National 7 February 2023 – 10:00 During the public assembly for Alfredo Cospito, hymns to the Red Brigades and the protagonists of the “revolutionary” years

Menéndez and Martino, more than alternatives at Newell's

After the deep pain that caused The injury of Francisco González, who suffered a rupture of the anterior cruciate ligament of his right knee before

The government will continue to buy back debt and bonds bounce

The market showed strong movements yesterday, to the beat of the new declarations of the president of the Federal Reserve of the United States (FED)

Terror in Guaymaral! Subjects took out a fisherman to kill him on a soccer field

When the majority of the population was resting at home after work, four armed men they sowed terror in the Aserrío neighborhood of the corregimiento