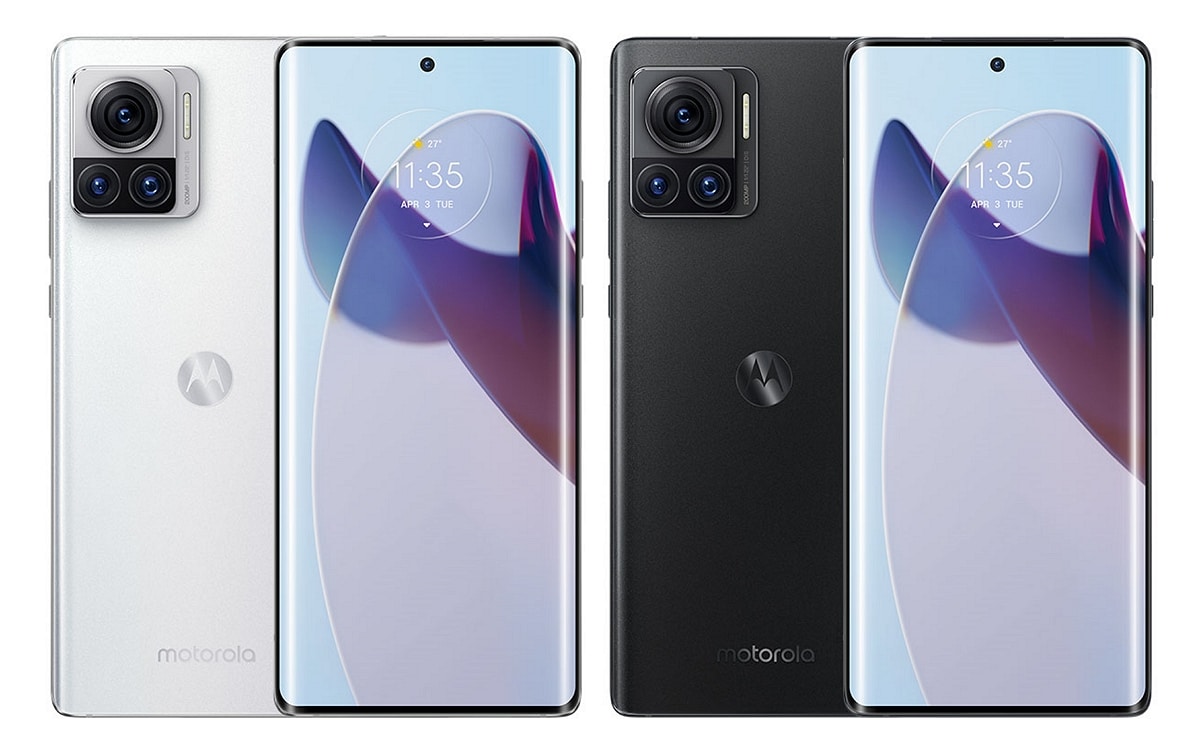 here is the first smartphone with a 200 MP photo sensor

Motorola has just lifted the veil in China on its new Edge X30 Pro smartphone, a high-end device. It has the distinction of being the first smartphone on the market to use a 200 MP photo sensor.

The new Motorola Edge X30 Pro is a premium version of the Edge 30 that we were able to test last month. Except it’s much more powerful thanks to silk Snapdragon 8+ Gen 1 processor, The device promises to be very interesting thanks to its high-end technical sheet. For example, we find a 6.7-inch FHD+ 144Hz OLED curved display.

Autonomy is ensured by a 4610mAh batteryis compatible with the 125W wired fast charging and 50W wireless fast charging. 10 W reverse fast charging is even included. The smartphone is equipped with two stereo speakers, RAM LPDDR5and weighs only 195 grams for 8.3 mm thick.

Motorola equips its smartphone with a 200 MP photo sensor

In addition to its attractive technical characteristics, the particularity of the Motorola X30 Pro is on the back. The smartphone relies on a three-camera photo configuration, with A 200 MP Samsung HP1 main sensor. So it’s the world’s first smartphone to use a 200MP sensor, and it’s the first model Samsung unveiled last year, not the smaller, but newer HP3 sensor.

So Motorola pulled the rug out from under Samsung by becoming the first one to use a 200 MP sensor in its smartphones. It will soon be joined by Xiaomi and its 12T Pro, which will be equipped with the same sensor. Samsung should eventually use a 200MP sensor on its Galaxy S23 Ultra, but the latter won’t arrive until 2023.

The 200 MP sensor on the Motorola X30 Pro comes with a sensor ultra wide angle of 50 MPas well as by a 12 MP third sensor. The selfie part is provided by an incredible sensor no less 60MP. The Motorola X30 Pro is currently only available in China from 3499 yuan (502€ HT)but it should arrive in Europe soon.