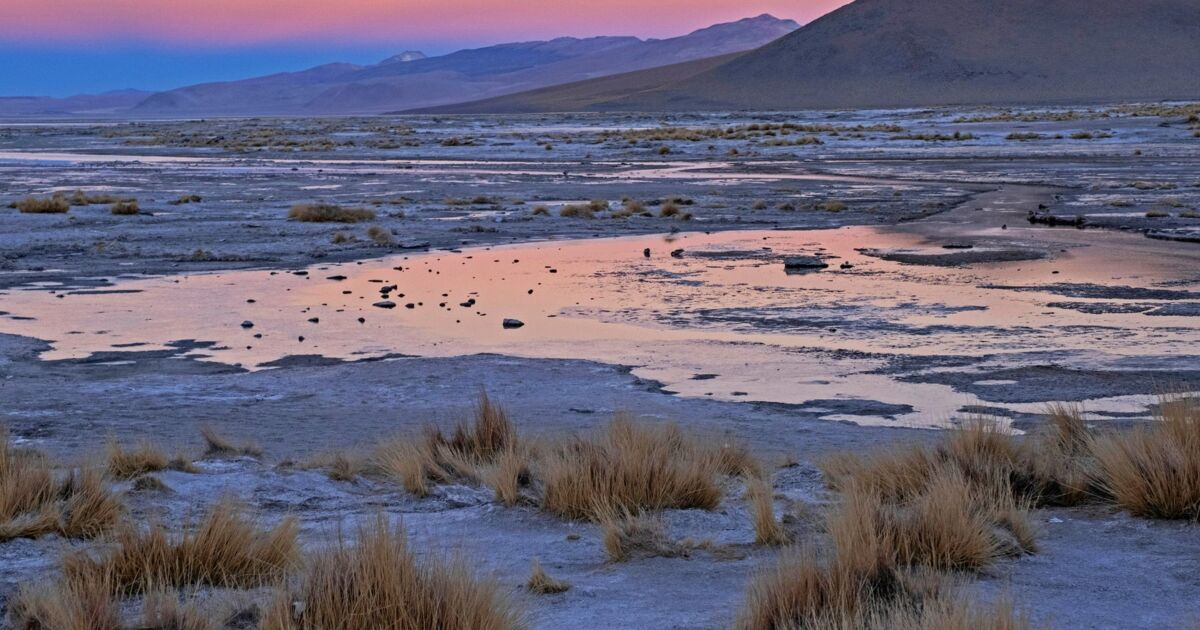 According to the Unesco site, “armed conflicts, natural disasters, pollution, poaching, wild urbanization and the uncontrolled development” of mass tourism can contribute to destroying natural sites around the world. To date, no less than 53 endangered properties are inscribed on this list by decision of the World Heritage Committee.

Among them, the archaeological remains of Jam in Afghanistan, the historic center of Vienna in Austria, the ruins of Abu Mena in Egypt, or the famous Everglades National Park in Florida. To make sure you tick all the boxes on your travel list, Insider has put together a selection of 15 endangered natural sites you should definitely visit before they disappear completely underwater, be destroyed and then rebuilt, or degraded by conflict.

Read also – The 18 most beautiful national parks in the world

The tropical forest of Sumatra, Indonesia

The rainforest on the Indonesian island of Sumatra is home to many endangered and species. It was added to the UNESCO World Heritage in Danger list in 2011. According to the organization, the Sumatran rainforest consists of three distinct national parks and has 10,000 species of plants, 580 species of birds and 200 species of mammals, including the Sumatran orangutan. Protecting the site also means protecting these species.

The Port of Liverpool in England

The Port of Liverpool helped the British Empire to become what it was at its peak. The port was added to Unesco’s list of World Heritage in Danger in 2012. According to the Institution, the World Heritage Committee requested that the current buildings remain the tallest in the city. However, urban development and a growing population threaten to completely change the appearance of the port.

The Florida Everglades have enormous biodiversity and are an important natural site. Unesco added the Everglades to its list of World Heritage in Danger in 1993 due to damage from Hurricane Andrew. In 2007, conservation efforts resulted in it being removed from the list. In 2010, the Everglades were re-listed. The site is also home to a number of endangered species, which further increases its importance according to Unesco. Unfortunately, environmental degradation and human activity threaten the site.

Coro, Venezuela, and its port were added to Unesco’s list of World Heritage in Danger in 2005. According to the organization, the city is the only living example of a rich fusion of local traditions with architecture. Spanish Mudejar (mixture of Christian art with Arab-Muslim influences) and Dutch.

According to Bloomberg, the region has had to deal with heavy pollution from the Venezuelan oil industry. The beautiful port city is one of the oldest colonial towns in the region, according to Smithsonian magazine.

The historic center of Vienna, Austria

The historic center of Vienna was added to Unesco’s list of World Heritage in Danger in 2017. There is a chance that the historic center of the city will be irreversibly changed due to modernization and urban development, she said. . With the increase in height constructions, the site, known as the center of European music and art, is losing its history.

Read also – Summer holidays: the 19 most beautiful campsites in the world

The Belize Barrier reefs, which was added to Unesco’s list of World Heritage in Danger in 2009, are the largest in the northern hemisphere, according to the organization. Belize’s coasts are home to many vulnerable, important and diverse species. Protecting the reef means protecting endangered marine life.

The old city of Jerusalem

The Old City of Jerusalem and its walls were added to Unesco’s List of World Heritage in Danger in 1982 on advice from Jordan. Jerusalem is a sacred site in Judaism, Christianity and Islam and, according to the organization, contains 220 historical monuments.

Due to urban development and town planning, lack of protection and other problems, this site is considered endangered, according to Unesco. Its cultural value and the way it is treated are still the subject of controversy, according to The Guardian. Various reconstruction and preservation projects are, however, underway, with the Antiquities Authority and the Jerusalem Foundation carrying out work. Culture Minister Miri Regev announced at the end of 2017 projects to preserve and develop historic sites.

This Bolivian city was inscribed on the Unesco World Heritage List in Danger in 2014. The city showcases a mix of Spanish and indigenous cultures. According to The Guardian, the town’s silver mine was once considered the largest in the entire world until its demise. However, due to the increase in mining, its current foundations are in great difficulty.

If you’ve never seen a glacier, you should take a trip to Montana. According to National Parks, the park once had more than 150 glaciers, but that number has since been reduced to 25. Depending on how fast climate change is progressing, that number could continue to decline rapidly, according to the National Park Service.

According to Discover Peru, Chan Chan was the capital of the Chimu kingdom, which ruled Peru before the Incas took power. It was added to Unesco’s List of World Heritage in Danger in 1986. Chan Chan was thoughtfully and intricately designed with irrigation systems, until Spanish miners looted the town and Extreme storms cause further damage, reports Smithsonian magazine.

According to Unesco, illegal agriculture is practiced in the region and the structures themselves are not protected from the elements, so that the ancient city is still in danger of being destroyed …

Like the Maldives, the Seychelles also face beach erosion, according to Coastal Care. However, their government has made progress and created nature reserves and marine parks to preserve the island’s biodiversity, according to Britannica. However, if you want to discover these island oases, time is running out.

Read also – Holidays in France: the 15 natural wonders to (re) discover this summer

World Heritage sites have noted that the ancient city of Abu Mena was built in AD 296. Its structures are mostly built of clay, according to Unesco. It was added to the organization’s list of World Heritage in Danger in 2001, as the foundations of buildings soften due to rising water levels.

The Selous Game Reserve was added to Unesco’s list of World Heritage in Danger in 2014. According to the organization, much of the reserve has generally remained untouched for humans. A wide variety of animals, from elephants and rhinos to cheetahs, giraffes and more, have all made their home in the reserve.

According to the Frankfurt Zoological Society, Selus is also home to many plant species, from swamps to forests and meadows. It is one of the largest protected wilderness areas in Africa.

Kosovo has many medieval buildings, but these structures suffered greatly from the unrest that rocked the Balkans in the 1990s, according to Endangered Sites. The region’s churches and monasteries reflect Balkan art from the 13th to 17th centuries and still need work after the war.

These islands are sensitive to rising sea levels, which means they are in danger. According to NASA’s World Observatory, the Maldives, which is less than one meter above sea level, could be completely submerged within the next 100 years if water levels continue to rise. According to CNBC, the Maldives is trying to reduce its carbon emissions by 2030 in order to minimize the impact of climate change.

Read also – This couple paid $ 30,000 to work remotely from the Maldives, here is their daily life

Every day, most of the tech news from Business Insider