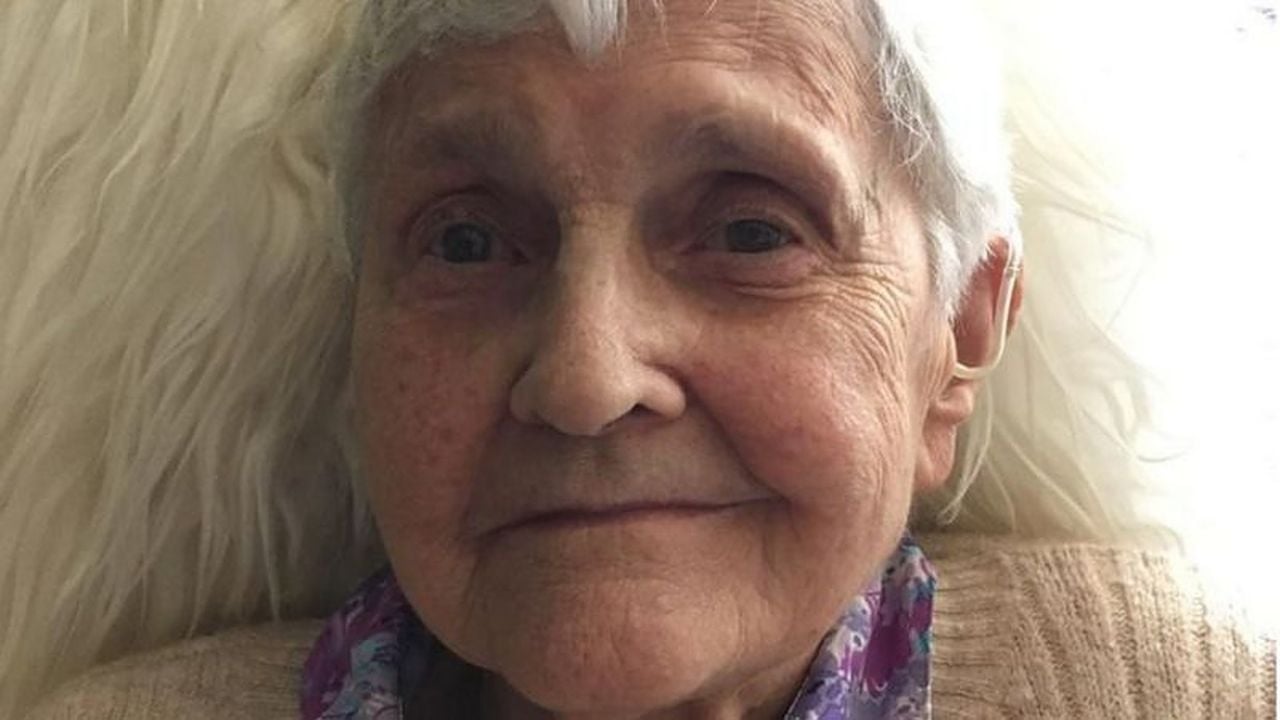 ‘Her bed was soaked in urine’: the horrific abuse of dementia patients in British hospitals

When Heather Lawrence went to visit her mother in hospital she was shocked by the state in which she found Violet, 90 years old.

“The bed was soaked in urine. The continence pad between her legs was also soaked in urine, the door wide open, without underwear. I was also in a mixed room for men and women,” Heather told BBC News:

“I mean there were other people there who might have been walking around and seeing her from the open door as well. My mother, she was a very proud woman, I wouldn’t have wanted them to see her like that at all,” he says.

Violet, who suffered from dementia, was taken to Tameside General Hospital, in the city of Manchester, in May 2021, after suffering a fall.

His health deteriorated in hospital and he developed a condition that maintained his swollen groin with a nasty rash that spread to the stomachdue to prolonged exposure to urine.

He died a few weeks later.

“I really don’t know how to talk about dignity of care. I feel like his dignity was stripped away. And that happens with many dementia patients. I think they just stop counting and seem insignificant, when they’re not,” says Heather.

Tameside has not resolved Heather’s concerns, but managers have offered to meet with her.

New research, shown exclusively on BBC Radio 4’s File on 4 programme, found that other patients with dementia have had to endure undignified treatment similar.

Dr Katie Featherstone, from the Geller Institute for Aging and Memory at the University of West London, looked at the continence care of patients with dementia in three hospitals in England and Wales for a year to develop a study funded by the National Institute of Health and Care Research.

He found patients who were not helped to go to the bathroom and instead they were left to get wet and dirty on their own.

“We identified a widespread practice: the daily use of incontinence pads in the care of all people with dementia, regardless of your ability to hold urine or their independence,” explains Featherstone.

He also found things that were done well and good practices, but the time pressure and staff shortage forced many carers to use sanitary pads as an “alternative solution”.

When Bessie, 86, was taken to Rotherham General Hospital in 2019 after falling at home, she was still able to go to the toilet on her own.

Despite this, his daughters Janine Ward and Susan Nurden say, the staff did not respond when Bessie asked to go.

Unbeknownst to her daughters, the hospital had also fitted her with incontinence pads.

“There was no way my mom was going to relieve herself on herself,” says Janine.

“she knew what she was doing. She’d make a big fuss if she wanted to go to the bathroom and no one helped her with it, she’d freak out and scream for someone to come.”

Bessie should have been referred to the Rotherham NHS Foundation Trust continence team, but it never happened.

Janine and Susan felt that the ability to go to the bathroom alone along with their mother’s fragile mobility were two factors that put her at risk of suffer another fall at home.

They wanted her transferred to a nursing home near them, but the hospital and social services disagreed.

See also  "It's Over": An Oxford Scientist's Optimistic Prognosis for the Pandemic | John Bell, Immunologist and Professor of Medicine

They said that Bessie was incontinent and put a care plan in place to provide her household with extra caregivers, toilets and continence pads (although these never materialized).

The first night Bessie was back, Janine was with her when the caretakers arrived with the toilet for the living room.

Janine says, “They sat her on it. The living room curtains were still open.. It was a large bay window. I can’t explain how I felt.”

“I said, ‘You just put my mom on that toilet with the curtains open, right?why didn’t you close them?’. At that time they were closed. You would have thought that closing the curtains would have shown some respect for dignity, wouldn’t you?” he says.

Contacted by BBC News, Rotherham Trust and Council offered an apology to Bessie’s family and said that patient care had subsequently improved.

Featherstone says that the people with dementia often forget how to go to the bathroom once they are forced to use sanitary pads.

“We know that many people living with dementia who go to hospital being able to go to the bathroom on their own leave hospital incontinent,” he says.

“So the simple act of using a sanitary pad and the practices that surround it may mean that people begin to lose the ability to go to the toilet when they need it”.

“And that may have real implications for people later. It can make it more difficult for families to care for someone if they also have to deal with incontinence. And it could mean the path to the nursing home.”

must be well evaluated

Professor June Andrews, who has worked in dementia care for over 30 years, says rigorous continence assessments are essential to avoid assumptions being made.

“Certainly I see documents in which someone has perhaps asked the relatives if the patient is continent or not. And that is all that has been done to assess the situation“, she says.

“It’s absolutely vital that families know to ask whether or not a continence assessment has been done and who has done it. It’s the kind of thing that will be missed if no one asks about it.”

Dementia UK Research and Publishing Director Dr Karen Harrison Dening, co-author of the report, said: “People, regardless of their underlying conditions and age, do not go to hospital expecting to come out incontinent.”

“Staff not only require specific training on how to promote an individual’s independencebut that healthcare organizations should have the mandate and responsibility to maintain the autonomy of an elderly person“.