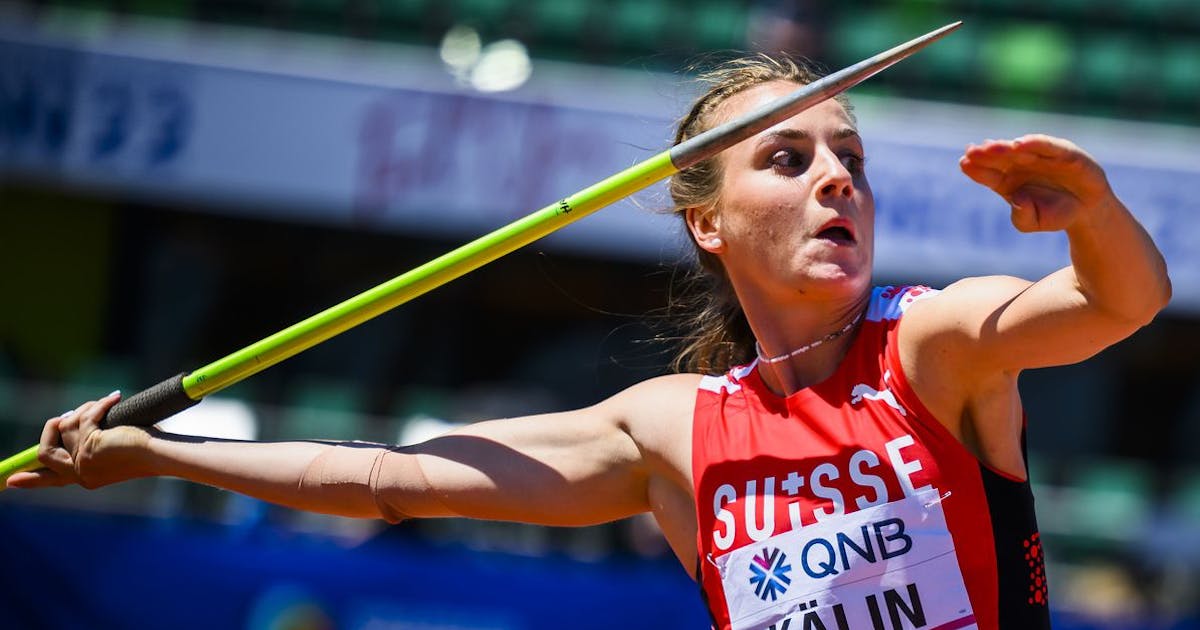 Annik Kälin took a superb 6th place on Monday evening in the Eugene Worlds heptathlon, her first major international competition. The 22-year-old Grisonne improved her Swiss record by 66 points in an event won by Nafissatou Thiam.

Ideally launched with a new best mark in the 100m hurdles on Sunday (13”17), Annik Kälin accumulated 6464 points to beat a national record that she has held since last May. His 6th place is the second best Swiss result in an all-around at the Worlds, after Stephan Niklaus’ 5th place in 1983 in Helsinki.

Annik Kälin thus erases her disappointments in the 2022 financial year in a beautiful way. Victim of back pain, she had to give up during the Europeans indoors and had to end her summer season in May, without even being able to try to win his ticket for the Tokyo Olympics.

“It’s cool to have been able to reach such a level after having lived through such a complicated 2021 season,” explained the 2019 European U20 bronze medalist. “I am particularly pleased to have been consistent in all disciplines “, she continued, stressing that she can progress in all areas but above all at the height.

Brilliant 5th in the 100m the day before, Mujinga Kambundji perfectly negotiated his entry into the running in the 200m. Bronze medalist in the discipline at the 2019 Worlds, she finished 8th in the series in 22”34. The best time was the work of Aminatou Seyni (21”98, Niger record).

Mujinga Kambundji, who “only” holds the 9th time among the competitors with his 22”18 achieved at Wankdorf in June, will once again have to sublimate himself Tuesday evening in the semi-finals to be one of the eight finalists. All the favorites are indeed part of this 200m, the final of which is scheduled for Thursday evening.

Reais walks out the back door

William Reais, on the other hand, experienced elimination from the series on the half-lap. Hampered by injuries throughout its preparation phase, the Grison could not do better than 20”71 (35th place). He is still far from the level which had allowed him to run in 20”24 – and even in 20”12 with too favorable a wind – in 2021.