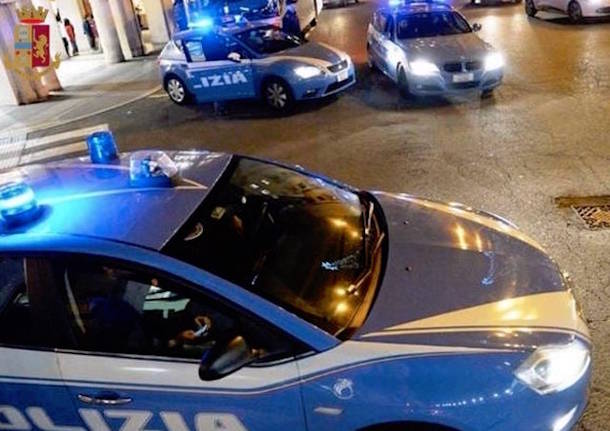 “Help they are robbing us”, three minors arrested by the police in the center of Varese

They have attempted robbery Sunday evening in the central via San Francesco d’Assisi a Varese not far from the ACI parking lot, but they were stopped by the police: they are finished three minors in trouble now reported for attempted robbery in competition, personal injury and resistance to a public official.

The facts concern what happened in the night of January 9th last when the Varese police officers after the request for help came from just three boys attacked by a group of teenagers.

The policemen of the flying squad, also thanks to the descriptions provided by the victims, tracked down and stopped the suspects responsible for the attack, all minors, not far from the scene. one of them armed with a stick, in the unsuccessful attempt to disappear into the neighboring streets.

From the reconstruction of the facts it was ascertained that the three minors, all already known to the police for similar crimes, had attacked and threatened the victims to have their wallets and money delivered, but without succeeding in their intent, also thanks to the timely intervention of the sirens of the State Police. For this reason, at the end of the investigations of the case, they were reported to the Public Prosecutor’s Office at the Juvenile Court for attempted robbery in competition with each other.

One of them was also reported for personal injury. In fact, one of the attacked, in an attempt to escape the robbery, was hit in the face with a “slap” and, after being rescued and medicated in the emergency room of the Circolo di Varese Hospital, he reported injuries that could be cured in 10 days. The same minor, arrived at the offices of the Police Headquarters, rushed against the agents trying to escape and escape control. For this reason he was also deferred to a state of freedom for the crime of resisting a public official.