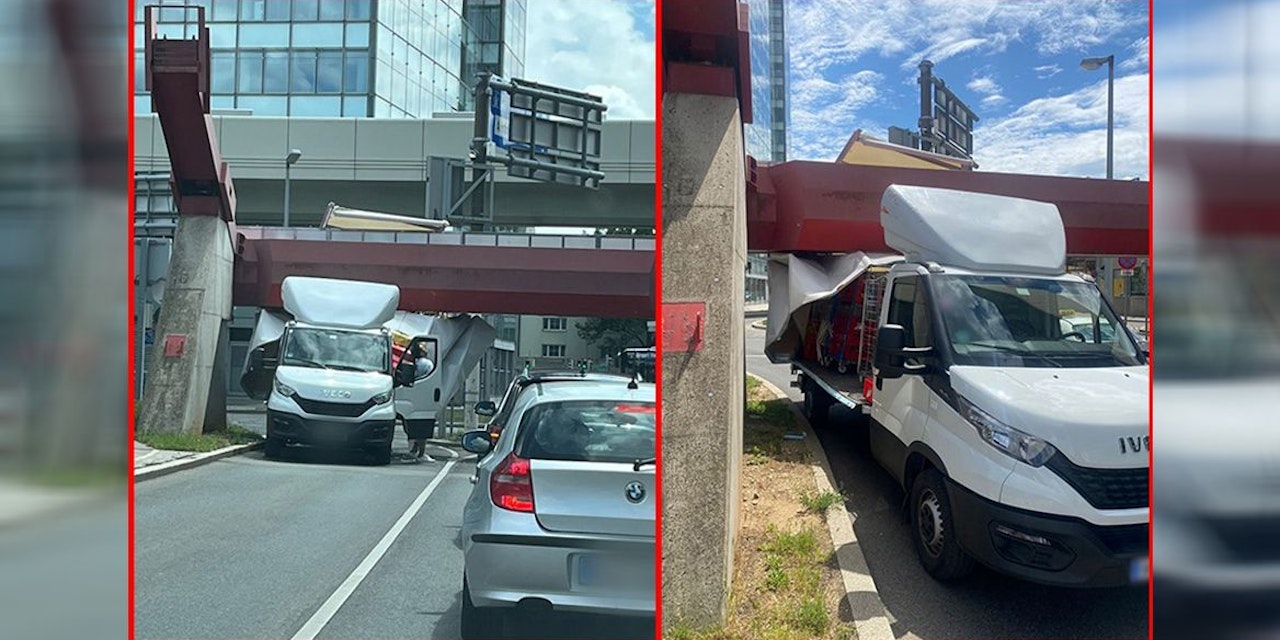 A curious accident occurred in Vienna’s Donaustadt on Monday. A truck driver underestimated a height limit and got stuck.

A curious traffic accident occurred at the UNO-City in Vienna’s Donaustadt district. The driver of a van was probably so busy exiting the Vienna International Center (VIC) that he completely overestimated the height of a height limitation bridge. The result was a transporter that was shaved from the top.

The driver of the white Iveco van took what was probably the worst exit for him when he left UNO City on Monday. When turning onto Leonard-Bernstein-Strasse, the driver misjudged the road by a few centimetres. He disregarded the maximum height of his truck and crashed into the height limit of 2.20 meters without braking. Several reader reporters were on site and sent the “Today”-Editorial snapshots.

Fortunately, according to the press office of the Vienna professional fire brigade, no one was injured in the van accident. At around 12.30 p.m., the fire brigade received the emergency call for the crash in the 22nd district of Vienna. The car involved in the accident was recovered with several vehicles and removed from the roadway.

In just under an hour, the Florianis completely cut down the roof of the van and turned the truck into a cool convertible. The forces also unloaded the contents of the van. The freight mainly contained catering accessories – broken glass adorned the roadway near the UNO City. After the vehicle was recovered and the roadway cleaned, traffic resumed perfectly around 2:00 p.m.

See also  Johnny Depp: "Cancellation culture is out of control and no one is safe" - RT in Spanish

The only drop of bitterness for the driver: the weather cooperated on Monday – so nothing should stand in the way of a topless ride. One can only hope that the workshop bill will not be too high.

Weird, bizarre, humorous, new every day! These are the funniest reader photos. 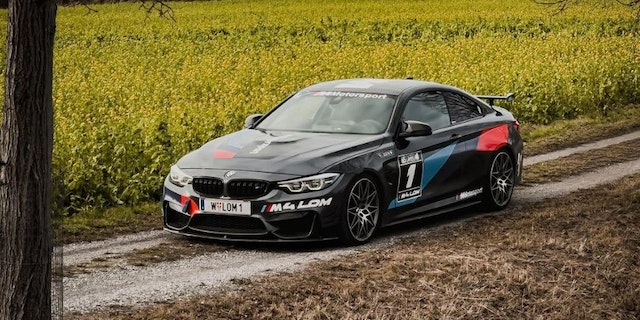