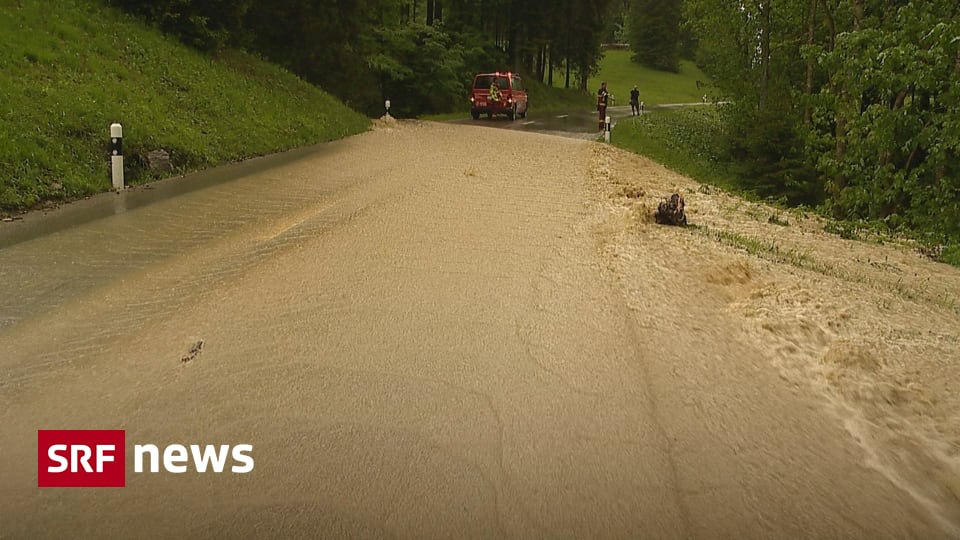 Around 4:30 p.m. yesterday afternoon, the canton of Schwyz was blackened, followed by torrential rain. Within around two hours, 20 emergency calls were received by the early evening, according to the Schwyz canton police. The fire brigades had to move out because of water ingress in basements and underground garages. In addition, streets in the saddle and gallows were flooded. The Pfäffikon train station was also partially flooded, and commuters walked barefoot through the underpasses.

In the canton of Schaffhausen it hit Schleitheim on Wednesday. The fire brigade was mainly busy with clearing and cleaning the streets and paths.

Heavy rain also fell in the canton of Schaffhausen and trees blocked the road, as here in Schleitheim. 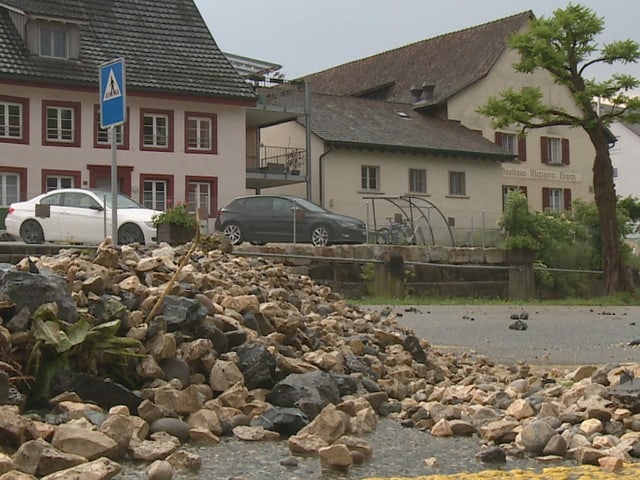 Rubble and stones first have to be removed by the fire brigades. 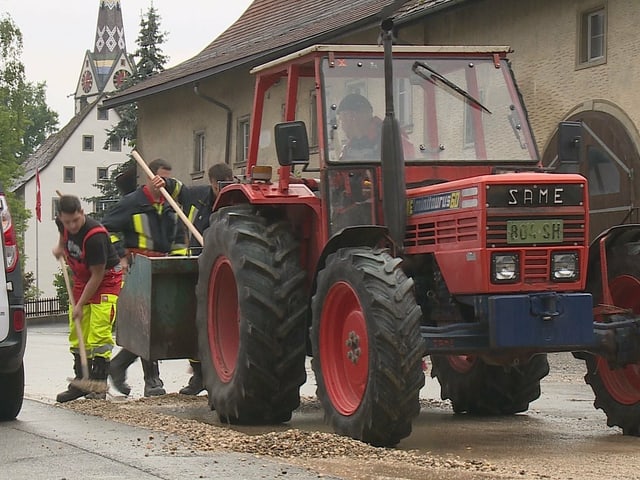 Muddy roads also became a problem due to the thunderstorm.

Large volumes of water also flooded Schüpfheim in the canton of Lucerne. However, the storm quickly subsided after a short time.

According to the police, around a dozen reports of flooded cellars, laundry rooms, garages and streets were received in the canton of Zug on Wednesday evening. On the Zugerberg, the heavy rain triggered a debris flow that buried the Geissbodenstrasse. It is impassable. The Sattelstrasse between Morgarten and Sattel was also closed until 8 p.m. due to water and debris.

The thunderstorms on Wednesday were the continuation of the storms that discharged during the night until Wednesday morning. Meiringen in the Bernese Oberland struggled with heavy rainfall. In the twelve hours up to Wednesday morning, 42.7 millimeters of rain fell, the largest amount of precipitation in Switzerland. In Schaffhausen it was 39.2 millimeters, in Les Avants near Montreux 35.4 millimeters and in Bern 26.0 millimeters.

In Eschenz in the canton of Thurgau it also poured out of buckets during the night: During the thunderstorm, 27.5 millimeters of rain fell within just 10 minutes.

Thunderstorm with a large number of lightning bolts

In Thurgau there were flooded cellars and streets. The fire brigade was on a large scale. According to initial findings, the floods were widely spread across the region.

A total of over 80 reports were received, said Michael Roth, media spokesman for the Thurgau cantonal police, on request. There was an enormous number of lightning strikes – Meteo-Switzerland counted 8,000 lightning strikes on Wednesday afternoon. Some of the lightning struck trees, said Roth. Nothing is known about further damage at the moment.

In the canton of St. Gallen, the fire brigade was only occasionally deployed during the night because of the rain, especially in Toggenburg and Buchs in the Rhine Valley. That was marginal and less than on Tuesday night, said the St. Gallen police spokesman Hanspeter Krüsi.