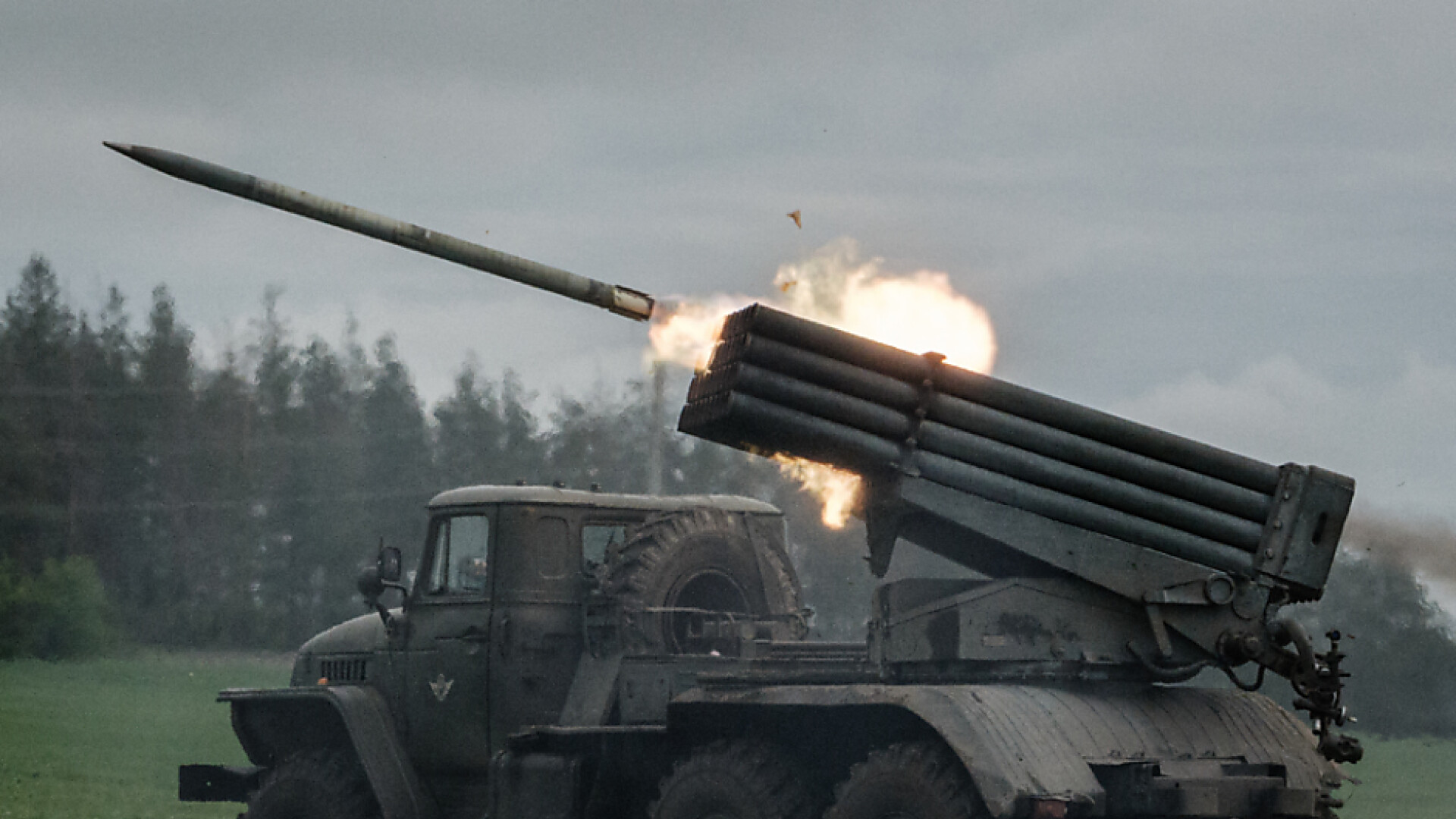 Especially in the east of the country, the Russian troops are continuing their intensive battles against the Ukrainian armed forces – without making any significant progress. The Ukrainian soldiers repulsed Russian attempts to cross a river and encircle the city of Severodonetsk, the governor of the eastern Lugansk region, Serhiy Gajday, said on Saturday.

“Fierce fighting is currently going on on the border with the Donetsk region, on the side of the city of Popasna,” Gaiday said. According to the governor, the Russian troops suffered heavy losses in soldiers and equipment. From intercepted telephone conversations, the Ukrainian side learned “that an entire Russian battalion refused to attack because they saw what was happening.” Aerial photos showed dozens of destroyed armored vehicles on the riverbank, as well as wrecked pontoon bridges.

In its evening situation report on Saturday, the Ukrainian general staff confirmed that the Russian armed forces were unable to gain any significant ground. “The occupiers maintain the greatest activity in the Slobozhanske and Donetsk areas.” Accordingly, the Russian troops are preparing attacks on the cities of Sievjerodonetsk, Soledar and Bakhmut and have transferred two more tactical battalions to the front. With the help of artillery and air support, the enemy would storm Ukrainian positions. “He has had partial success in Avdiivka,” it says. The city is considered a Ukrainian fortress and has been stormed by the Russians since the beginning of the war without success.

Meanwhile, Ukraine says it managed to drive Russian troops out of the northern city of Kharkiv — which had been a priority for Moscow. In the Kharkiv region, “enemy efforts are primarily focused on ensuring the withdrawal of its units from the city of Kharkiv,” said a spokesman for the Ukrainian General Staff. “The gradual liberation of the Kharkiv region proves that we will not leave anyone to the enemy,” said Ukrainian President Volodymyr Zelenskyy in his daily video address on Friday.

Ukraine is waging a military counter-offensive against Russian forces in the area near the Russian-held city of Izium, Kharkiv regional governor Oleg Sinegobov said. “Our forces have launched a counteroffensive there. The enemy is retreating on some fronts.” The area is a key axis of the Russian attack on Ukraine.

In the south of the country, on the other hand, Russian troops are trying to establish themselves on the strategically important Snake Island, according to the general staff. There they had strengthened the air defenses, the Ukrainian general staff reported on Saturday evening. The island at the mouth of the Danube Delta has been heavily contested in recent days. Both sides reported a large number of enemy kills. The information could not be independently verified.

Attacks from the air and on the ground continued on Saturday on the Azov steel plant, Mariupol city council deputy Petro Andryushchenko told Telegram. He published a video that is supposed to show aerial photos of the steelworks under Russian fire. Where and when the recordings come from cannot be independently verified.

The Ukrainian government recently declared that it would do everything possible to get the Mariupol defenders out of the industrial zone through negotiations with Russia. It was difficult, they said. Deputy Prime Minister Iryna Wereshchuk announced on Saturday that negotiations are currently under way for 60 people, including injured fighters and medical staff. “There are a few hundred injured there, they have to be rescued first because the Russians won’t give their consent to everyone at once,” she said.

There is still only speculation about the number of Russian soldiers killed. The General Staff of the Armed Forces of Ukraine spoke of around 27,200 dead Russian soldiers on Saturday. Between February 24 and May 14, the enemy also lost 1,218 tanks, 2,934 armored fighting vehicles, 200 airplanes, 163 helicopters, 2,059 motor vehicles and tankers, and 13 ships/boats, among others.

Recent footage from Reuters TV on the outskirts of Kyiv highlights the losses: Hundreds of bodies of Russian soldiers were loaded into refrigerated train cars at a railway station. They should be kept there until they can be taken to Russia to their relatives, said the civil-military chief liaison officer Volodomyr Lyamsin. Most of the bodies are from the greater Kyiv area, some from Chernihiv and other regions. Such wagons are also available in other parts of Ukraine, Lyamsin said.