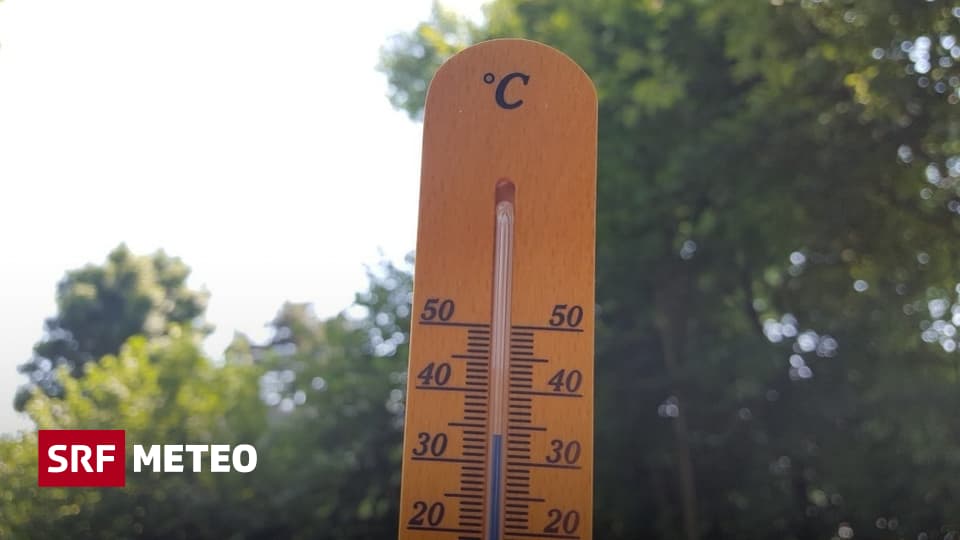 In Western Europe, temperatures rose to over 40 degrees on Tuesday, in Switzerland it was 38.1 degrees in Geneva.

The heat wave peaked on Tuesday. In Switzerland, the mercury climbed to 32 to 35 degrees in the lowlands. It was the hottest in Basel with 36.5 degrees, in Sion with 36.8 degrees and in Geneva even 38.1 degrees. For Sion, this is the fifth warmest July value since measurements began in 1953, and for Geneva it is the third warmest July value since measurements began in 1864. The absolute heat record in Geneva of 39.7 degrees (2015) remained untouched. Thanks to the dry air, the muggy feeling was kept within limits.

England and France with sometimes more than 40 degrees

The hottest spot on Tuesday was between England, France and Spain. In England, the former heat record of 38.7 degrees (Cambridge, 2019) was smashed. For the first time in England, the 40 degree mark was broken with 40.2 degrees in London Heathrow.

In France, too, the 40-degree mark in Paris was only exceeded for the third time since measurements began (1872). At the same time, new all-time heat records were registered in the neighboring country.

While the heat will be pushed to Eastern Europe in the coming days, the heat reservoir over Southern Europe will remain. Weather Seville, Madrid, Marseille, Rome, Athens.

Even if the peak of the heat wave in Switzerland was on Tuesday, it will continue to be hot with 29 to 34 degrees. It could be hotter again next Monday.

See also  When will the 3600 ADDITIONAL INDICATOR be released and what is the latest status? || Who covers the 3600 additional indicators and how much will the salaries be? - Nationality