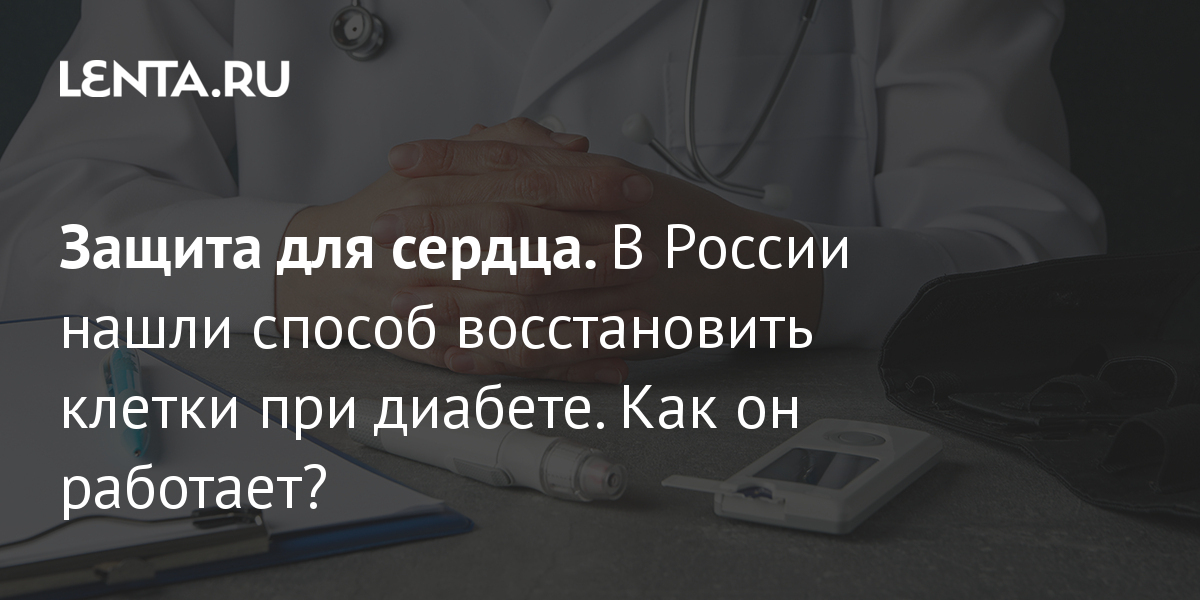 Scientists from the Institute of Theoretical and Experimental Biophysics of the Russian Academy of Sciences have suggested that alisporivir may protect heart cells in diabetes. They showed that this drug normalizes the functions of mitochondria – important organelles that are primarily affected by metabolic disease. Details about the study, published in the journals International Journal of Molecular Sciences and Biology, tells “Lenta.ru”.

Diabetes is a metabolic disease that affects many organs and leads to disorders throughout the body. In type 1 diabetes, the immune system attacks the beta cells of the pancreas, which stops the secretion of insulin, a hormone that regulates glucose uptake. In the case of type 2 diabetes, the very ability of cells of various tissues and organs to respond to insulin suffers, so-called insulin resistance develops, as a result of which glucose absorption is impaired, especially in skeletal muscle and adipose tissue. Blood sugar rises, hyperglycemia develops, which leads to numerous pathological changes, including in skeletal muscles, which make up the largest organs that are sensitive to insulin.

Disturbances in glucose metabolism are accompanied by changes at the intracellular level. For example, it is known that in diabetes, mitochondria, the cell organelles that produce the energy needed for many biochemical reactions, begin to malfunction. It has been shown that a decrease in glucose uptake by skeletal muscle cells is accompanied by a disruption in mitochondrial fusion, which is very important for maintaining cell health. In addition, the production of reactive oxygen species is increased, leading to oxidative stress.

It is estimated that more than 500 million people worldwide suffer from diabetes and the number is growing. This disease has become widespread in developed countries, which is associated with a sedentary lifestyle and the use of unhealthy foods with high levels of sugar and saturated fatty acids. Diabetes leads to complications such as loss of limbs, blindness, kidney failure and heart failure.

See also  Misgivings and reproaches in the private health of Bariloche

A decisive role in the development of mitochondrial dysfunction in diabetes is played by mitochondrial permeability transition pore (MPTP), a complex of channels in the inner and outer mitochondrial membrane that transports important molecules from the external environment into the mitochondria and back. The appearance of these pores leads to the collapse of the membrane potential, impaired regulation of ionic homeostasis, swelling of organelles up to their destruction and cell death. The protein cyclophilin D is the main regulator of MPTP pores, and its inhibitors, cyclosporin A and alisporivir, inhibit pore opening at low concentrations.

approximately the same number of people suffer from diabetes mellitus worldwide, but this number is constantly growing

Mice with a non-working (knockout) cyclophilin D gene were shown to be resistant to glucose intolerance induced by a high-fat diet and showed improved glucose uptake by skeletal myocytes. However, scientists got opposite results as well. For example, in the kidneys, knockout or inhibition of cyclophilin D exacerbated diabetic kidney damage and did not restore mitochondrial function. Therefore, it is necessary to find a way to regulate mitochondrial function without side effects. 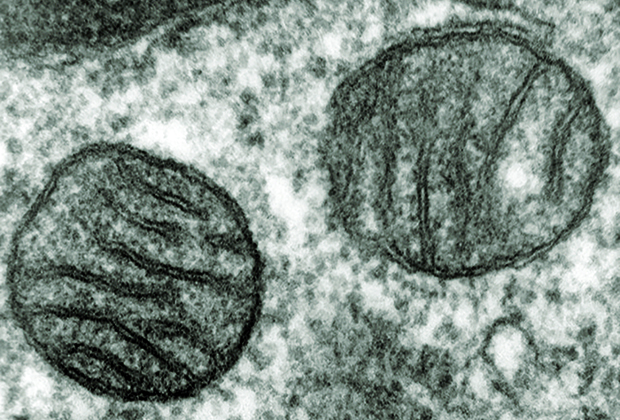 Cross view of mitochondria with cristae

The classic drug that inhibits pore opening is cyclosporine. It actually prevents the development of mitochondrial dysfunction and improves metabolism in diabetic animals. It has also been shown to fight cancer cells in the human liver by preventing the biogenesis of mitochondria, which supply tumor cells with the energy to grow and reproduce. However, cyclosporine is known to suppress the immune system, so its effect on metabolism may not be associated with suppressing MPTP. That is why scientists turned to alisporivir, which is not an immunosuppressive drug, but has a similar effect.

The researchers evaluated how well alisporivir protects mitochondria from damage in the skeletal muscle of mice suffering from diabetes mellitus caused by a high-fat diet combined with streptozotocin injections (toxic to pancreatic beta cells).

First, the scientists tested whether long-term treatment with alisporivir would be effective in diabetic mice. The rodents received a dose of 2.5 milligrams per kilogram per day for 21 days. An insulin sensitivity test showed that alisporivir increased the rate of glucose uptake in sick animals. The researchers then examined how the drug affected the structure of mitochondria, which in diabetic rodents were characterized by disrupted cristae – folds of the inner mitochondrial membrane that are important for many functions. The treatment restored the cristae and also reduced the abnormal number of vacuoles within the organelles.

The induction of diabetes mellitus by a high-fat diet combined with streptozotocin injections is accompanied by the typical pattern of mitochondrial dysfunction in skeletal muscle cells. First, the microstructure of the mitochondria themselves is damaged. Secondly, the number of organelles decreases. In addition, oxidative phosphorylation is suppressed – a process in which oxygen received by the cell during respiration is used to produce energy for biochemical reactions. Lipid peroxidation is also enhanced when free radicals attack lipid molecules in the cell membrane, resulting in serious cell damage. 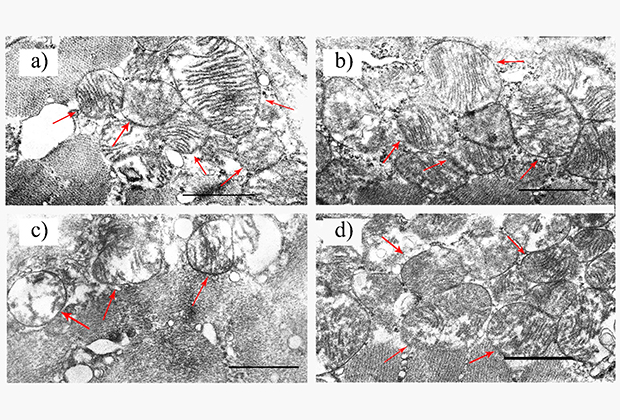 Alisporivir significantly restored the structure and function of mitochondria in skeletal muscle cells in diabetic mice. At the same time, the opening of mitochondrial pores was suppressed, which scientists associate with the fact that the drug binds to cyclophilin. The researchers note that in their study, alisporivir promoted the absorption of glucose from the blood, which contradicts the results of previous scientific studies, which showed that the drug did not improve kidney function and did not suppress the progression of pathology in mice. The authors explain this by the fact that they administered alisporivir by intraperitoneal injection, and not orally, as was done previously. In the latter case, the drug could be degraded in the gastrointestinal tract. However, it is also possible that alisporivir has tissue-specific effects.

Diabetes often suffers from the heart, because its walls are composed of cardiomyocytes – muscle cells, the opening of mitochondrial pores which leads to their dysfunction. Administration of alisporivir to animals led to the activation of mitophagy, that is, the removal of damaged mitochondria from the heart cells. However, further research is needed to uncover the exact mechanisms by which alisporivir improves glucose uptake. It is too early to talk about the use of this drug for the treatment of diabetes.