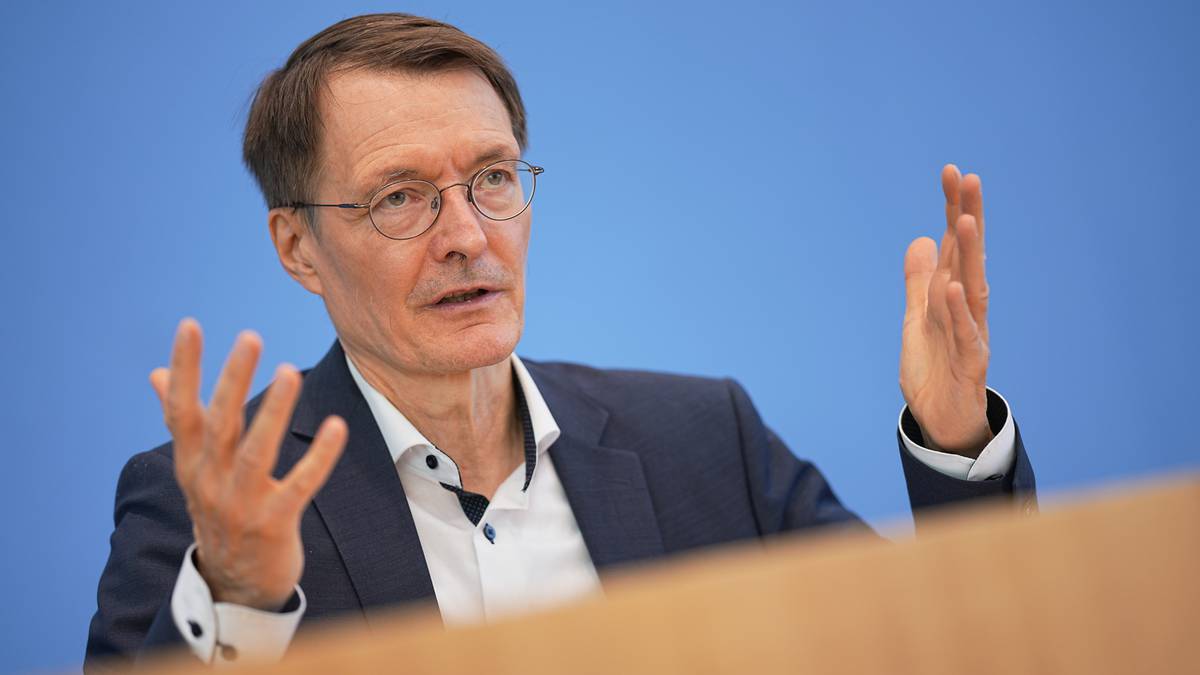 Berlin. Federal Minister of Health Karl Lauterbach outlined the Corona timetable for autumn and winter at a press conference in Berlin on Friday. This includes seven measures designed to protect Germany from another wave of infection with high rates of infection and death in the coming months. “The goal is very clear that we want to start the autumn better than we were able to do last year and the year before,” said the SPD politician.

This is Lauterbach’s seven-point roadmap for the fall

The first weapon against the corona virus should be a vaccination campaign to close the vaccination gaps. Currently, 18.6 million people in Germany (22.4 percent) are not yet vaccinated against Covid-19, according to figures from the Federal Ministry of Health’s official vaccination dashboard. In addition to the previous vaccines, vaccines adapted to the virus variants, which the manufacturers Biontech/Pfizer and Moderna are currently developing, are to be used in the autumn. Lauterbach announced that the latter would be available in September. He again ruled out introducing a general obligation to vaccinate.

According to the Robert Koch Institute, the omicron sublines, which have been increasing proportionally for a few weeks, are already dominant.

Furthermore, a concept for the rapid use of drugs for the treatment of Coivd-19 patients is to be developed and the Infection Protection Act is to be reformed. Lauterbach’s seven-point plan also provides for uniform regulations for schools and daycare centers to avoid closures “by all means”. Just like the protection of vulnerable people, for example in old people’s and nursing homes. In the future, every facility will have to have a responsible specialist who will monitor the implementation of the hygiene concepts and the vaccination status of the residents. Lauterbach announced that a corresponding draft law would be forthcoming.

See also  Stefano Puzzer, the leader of the no vax dockers, is positive: "I got it from my wife" - ilgazzettino.it

At this point you will find external content from Spotify Ltd., which complements the article. You can view it with one click.

I consent to external content being displayed to me. This allows personal data to be transmitted to third-party platforms. More about this in our privacy notices.

Last but not least, according to the Minister of Health, improved electronic data collection is needed in the clinics. The free and occupied beds in the intensive care and normal wards are to be reported on a daily basis. “It cannot be that we get this information manually again with a long delay,” he said. The SPD politician wants to rely on the so-called DEMIS system in the future. DEMIS stands for German electronic reporting and information system for infection protection, which is managed by the Robert Koch Institute (RKI).

Lauterbach did not confirm whether a tightening of the mask requirement in autumn was also being prepared. The “Welt am Sonntag” had previously reported that the federal government was discussing an “O-to-O regulation” – i.e. a general mask requirement from October to Easter. The Minister of Health only announced that it was clear that more would be needed in the fall than the current “summer tires”.

There are currently hardly any corona measures in the federal states. This makes it easier for the omicron subtype BA.5 to spread in this country. The virus variant ensures that the number of cases is now increasing again.

On Friday morning, the RKI recorded 28,118 new corona infections. The seven-day incidence is now 427.8. This means that the number of new infections per 100,000 inhabitants and week has fallen again: on Thursday it was 480.0. According to RKI Vice President Lars Schaade, the reason for this is yesterday’s Corpus Christi holiday, which took place in the federal states of Baden-Württemberg, Bavaria, Hesse, North Rhine-Westphalia, Rhineland-Palatinate and Saarland, among others. As is well known, fewer tests are carried out on public holidays.

“But we have to assume that there will be more Covid cases in the near future – and that this will also increase the infection pressure on vulnerable groups,” said Schaade on Friday in Berlin.

Lauterbach warns of an alarm mood

The matter is also clear for Federal Minister of Health Karl Lauterbach: “We now have a summer wave ahead of us,” he said. He is not surprised by this development. “We forecast the summer wave.” In this context, the SPD politician referred to South Africa. BA.5 had spread rapidly there, even at high temperatures. A temperature effect that slows down the corona virus will therefore be smaller this time than in the previous summer.

Lauterbach warned that the beginning of the summer wave could lead to “relatively high incidences”. But: “There is no need to panic.” With omicron, a virus variant dominates in this country, which leads to milder courses of the disease than its predecessors. At the same time, many citizens have already been vaccinated and boosted against Covid-19 – or have been infected with the virus. The immunity in the population is therefore high.

Karl Lauterbach sees a corona summer wave with high incidence numbers coming. In view of this, one must be vigilant, but not panic.

“Nevertheless, it is not the case that we can welcome the summer wave,” the Minister of Health clarified. Furthermore, infected people could sometimes become seriously ill or even die. The risk of developing long-term effects is also still high. “It’s not like we can face the summer wave carelessly and without countermeasures,” said Lauterbach. In particular, he recommended wearing masks indoors.

Will there be a return to normal soon?

Nevertheless, the minister was optimistic: there is light at the end of the tunnel. He himself expects that it will soon be possible to develop vaccines that can also be used to largely prevent infections. So far, the vaccines have mainly protected against serious illness and death, the protection against infections slowly decreases over time – which is why vaccinated people can become infected with the virus again in due course.

If there are actually vaccines that prevent infections, there will be basic immunity in the population, with which Corona will then be a disease like any other, said the Minister of Health. There is currently no such protective immunity. That’s why protective measures, a vaccination campaign and the seven-point plan are still needed to get through the fall and winter well.

“We will then get into a situation where we will actually return to normality,” explained Lauterbach. “Now I would say we have it well under control, but we haven’t solved it yet – and after that we will have solved it.”