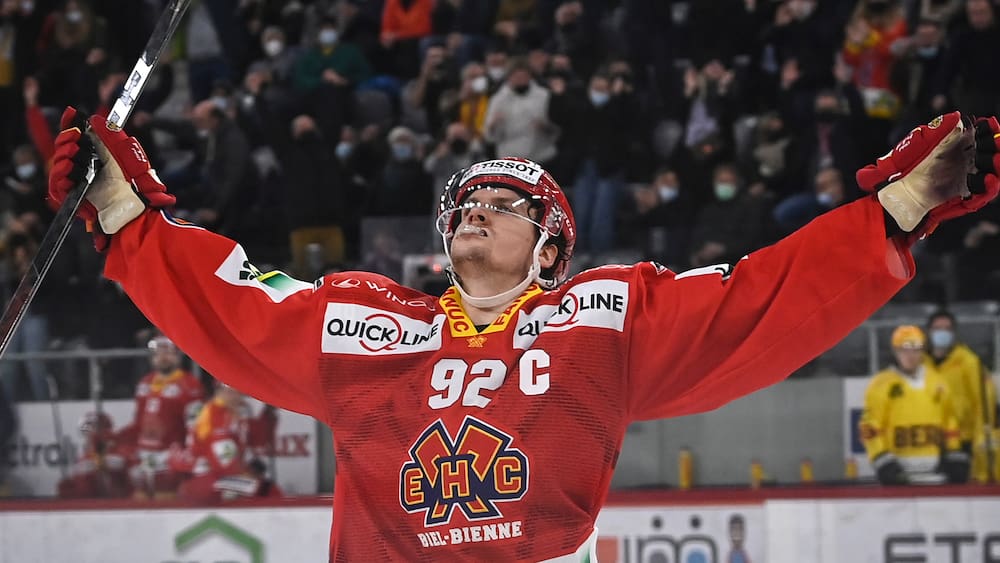 Head shaking at Biel and Bern after 8: 7 spectacle

Bern’s Ramon Untersander and Biel’s match winner Gaëtan Haas are stunned in the cabin aisle of the Tissot Arena. The Seeländer win against Bern for the seventh time in a row, winning 8:7 after extra time after being down 0:3.

15 goals in one game? “I’ve never experienced anything like it,” says Untersander. “No team should concede so many hits these days. Especially not at this stage of the season. I hope not to experience that again.”

Haas also finds clear words. “In the juniors you might lose 1:10. But this was totally sick,” said the 29-year-old. “If you look at the first twelve minutes, it’s hard to believe that we were 3-0 down. We got arrogant and played risky passes.”

“Where are your bell-bottoms?”

Although the Biel captain decides the game in favor of the Seeländer in overtime, he is hard on himself. “I put in a very bad performance. I try to fight every day. But at the moment it just doesn’t work out.”

It goes without saying that Biel coach Antti Törmänen didn’t like his team’s defensive performance. But the Finn preferred to rave about the character his players showed. And shows humor. Törmänen greeted the journalists present with the words: “Guys, we’re back in the 1970s. Where are your bell-bottoms and brightly colored shirts?”

A year ago things were already going crazy in Biel. The Bernese equalized after being 5-1 down in the last eight minutes, but also lost in overtime back then.

The teams will next meet on March 1st in Bern.