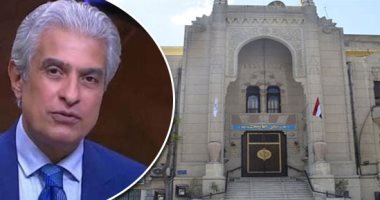 Head of the Medical Syndicate’s Investigation Committee: The treating doctor has left El-Ibrashi since January 3, 2021

Dr. Jamal Amira, head of the investigation committee at the Medical Syndicate, said that the doctor treating the late journalist, Wael El-Ibrashi, contacted by phone yesterday and confirmed his desire to appear before the syndicate to clarify the truth of the accusations circulated against him, noting that he came to the union headquarters today, Thursday, and submitted all his testimonies. His qualifications and the research he published, noting that the doctor confirmed that he was with Al-Ibrashi for 5 days only at home, and two days in the hospital when he was transferred to her.

Abu Amira added, in exclusive statements to the seventh day: that Wael Al-Ibrashi was in good health, and his analyzes were good, and with the beginning of the analyzes showing bad results, Al-Ibrashi refused to go for treatment in the hospital and confirmed his willingness to provide all the requirements for the treatment of Corona, and stuck to the continuation of his treatment at home, except When the doctor discovered that the results of the tests were still bad, and that there were problems with oxygen levels in the blood, he decided to transfer him to the hospital, and needed him for two days.

He indicated that the treating doctor was his last day with the media, Wael Al-Ibrashi, on January 3, 2021, that is, almost a year ago, adding: Any year passed after the doctor left him, and he received treatment at the hands of doctors and a different medical team, indicating that the first sessions will be held. The investigation is to hear the doctor’s statements next Tuesday, in the presence of an advisor from the judiciary, to investigate the doctor officially, although the Syndicate has not yet received any complaint from the family of the late media person or its lawyer, and we waited for him all day, but he did not attend, and we learned after that that he had written a report with the Attorney general.

Amira added: that the doctor demanded the opening of an official investigation to clear his name, and to respond to all the accusations leveled against him, in addition to that the doctor complained to Dr. Khaled Montaser for publishing accusations without scientific proof on the social media and the media, pointing out that more than one hearing is expected to be held, then Files will be requested from the hospitals in which El-Ibrashi received treatment, as well as reports from the doctors who supervised his treatment, and all of them will be studied, and also presented to consultants in several specialties, including chest, radiology, and others, indicating that this will take some time to resolve the matter.