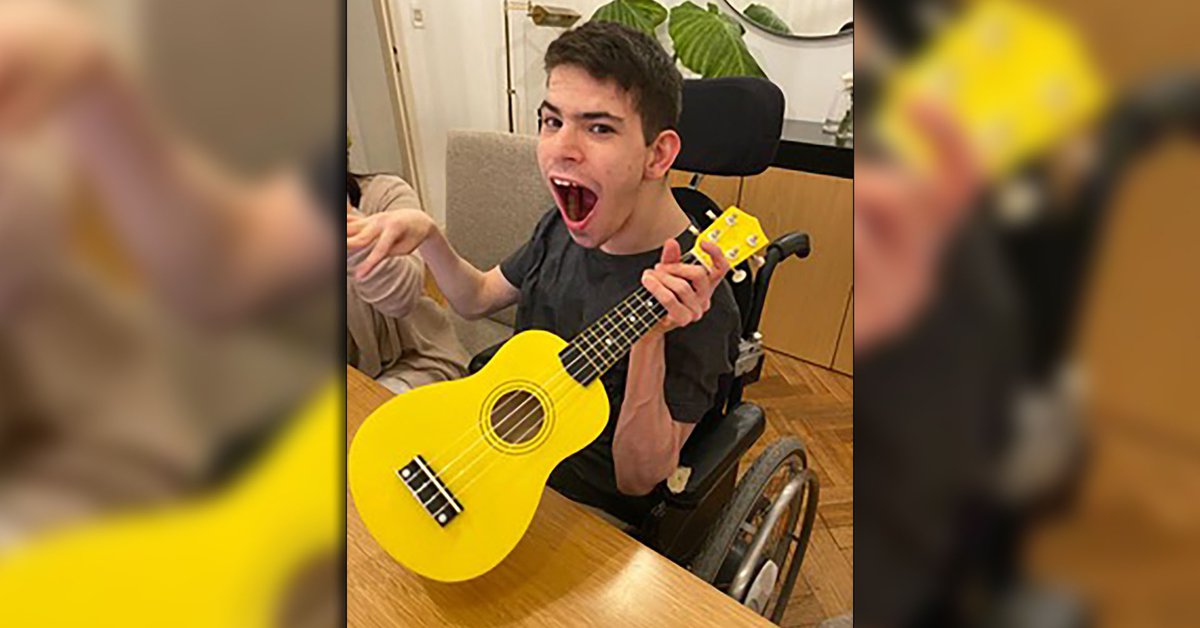 He weighed 980 grams at birth, has cerebral palsy and is learning to play soccer

Today in more than 75 countries around the globe, World Cerebral Palsy Day is commemorated

Cerebral palsy is a congenital disorder and a common feature in all people who have it is difficulty in movement. It is a problem that affects one in every 500 people, according to international statistics in developed countries. It is estimated that the frequency in Argentina may be even higher.

In more than 75 countries around the planet, today marks the World Cerebral Palsy Day, a day to reflect, know, learn, and promote rights and opportunities.

“For us this is a special day, because the rest of the year we dedicate ourselves to this cause, with love, professionalism, advances and technology,” said Victoria Campos Malbrán, the president of the Association in Defense of the Neurological Infant (AEDIN), a non-profit civil association dedicated to the education and treatment of children and young people with neurological disorders, for 30 years it has worked under the motto “we believe that all people can develop their potential to the fullest”.

When Victoria became linked to disability after the birth of her daughter María, decades ago, she found little information, few resources, little technology. “Some time later, I got involved in AEDIN, and little by little, with the formation of teams of excellence, the generosity of donors and the arrival of more and more children, we created a space that fills us with pride,” the woman told Infobae.

The institution has a rehabilitation center and a therapeutic educational center. “Yes, we have patients, but we also have students,” he assured. More than 500 kids come to AEDIN every day, where we are a group of 275 professionals who accompany them, help them in their development, because we all have great potential and our mission is that they live happily ”.

And after remarking that they are “proud of each step” they take and convinced of the importance of multiplying knowledge, Campos Malbrán highlighted: “That is also why we teach undergraduate and graduate courses and more than 4,100 professionals have already graduated. It is exciting to witness the opening of so many centers offering therapies to patients with cerebral palsy and other neurological disorders. It is that these therapies are the key to a life in fullness. So that each person finds their maximum potential ”.

A history of overcoming and goals achieved

“Mau is happy, funny and very smart. Although he cannot speak, he can express himself. Technology is his ally on many occasions “, his mother told Infobae

Mauricio was born in the 33rd week of gestation and weighed just 980 grams. His parents learned a few months later that he had cerebral palsy and that his life would always be accompanied by treatments and therapies.

Despite the daily difficulties, this young man is a very happy boy, according to his mother Graciela. “Mau is happy, funny and very smart. Although he cannot speak, he can express himself. Technology is your ally on many occasions “, said the woman with pride for whom having her son by her side is “a miracle.”

The young man is Venezuelan, he has lived in Buenos Aires for four years, along with his parents and his younger brother, Emiliano. He studies at the UBA and his mother says that Mau goes to Harvard. This is how he refers to AEDIN, the place that in his own words “changed their lives”.

“Since my son attends the AEDIN Therapeutic Educational Center he is much more independent. Before, he could only say yes and no, touching his forehead or chest. Today, thanks to the augmentative communication system, he can express everything and can use his own means much more ”, he highlighted.

It is that there he receives everything his parents dreamed of for him: stimulation, therapy, containment. There, Mau enjoys among peers, found love, and can handle himself with much more autonomy than before. Maybe that’s why he smiles so much every time the truck picks him up at his house to go downtown every day.

Mauricio loves River, his girlfriend Sol, he has a lot of faith, and recently he started playing soccer. A different football from the one seen on television when it is played at the Monumental. Mau is learning him to play in a motorized wheelchair, since that is his way of getting around.

He perspires when he watches a River game on television and calls his grandmother by video chat from an electronic device. But what he most enjoys is being with people, being present, accompanying and being accompanied.

For Graciela, the porteños are very warm with people with disabilities, they are special. He says that on the street they greet them, approach them, and look at them with affection. Very different from your experience in other countries.

The importance of “saying hello”

The “Say Hello” campaign seeks to invite everyone to say hello and recognize those of us who often look on the street without knowing what to do or how to act. It is the most natural and colloquial expression of our society and a way to start talking.

The initiative is promoted by the AEDIN Foundation and in this regard its president said: “We have to talk about cerebral palsy, know the challenges and capacities of the people who have it. Lack of information can lead, for example, to the wrong concept that it is a contagious disease or that if the child speaks badly it is because he does not understand. Talking helps us integrate as a society ”.

Nothing simpler than saying “hello” to break down barriers and generate rapprochement. On World Cerebral Palsy Day, artists, journalists, models and athletes relaunched the campaign aimed at raising awareness.

“Society underestimates people with disabilities and does not believe in our potential”
She has cerebral palsy, became independent and lives alone: ​​”I always wanted to get ahead beyond my limitations”
First person: what it’s like to live with cerebral palsy