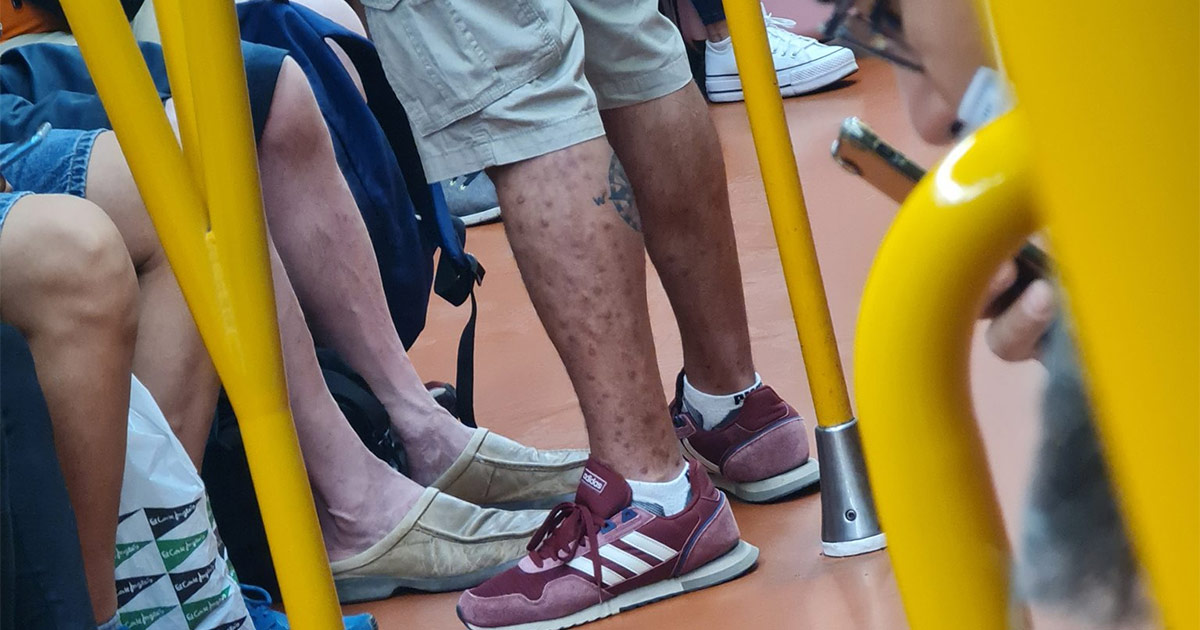 Through social networks, a Spanish doctor revealed the case of a man, infected with monkeypox, who traveled by the Metro in that country because his doctor did not recommend that he isolate himself to avoid contagion.

According to surgeon Arturo M Henriques, on July 15, the man, “completely covered with injuries from head to foot, including hands,” boarded the Metro in the municipality of Legazpi and traveled along with the other passengers as if he were not sick.

“I cautiously approached the man and told him: ‘what are you doing on the subway if you have monkeypox?’ His response: Yes, I have that, but my doctor didn’t tell me that she had to stay home. Only that she wore a mask, ”explained the doctor.

On his Twitter account, Arturo M Henriques explained that he tried to make the man see that the injuries on his body were the most contagious, but he ignored him.

“I tell him that the injuries he has all over his body are what are most contagious. That I am a doctor and that he possibly did not understand all the indications of his GP. To which she told me that she will not touch his balls, ”she recounted.

Elsewhere in the post, the surgeon tried to alert people traveling near the man with monkeypox, who ignored the advice.

“Me: Madam, are you not worried about getting sick?

Lady: how am I going to face if I’m not gay. One from the government said that it was the gays who had to take care of themselves, ”she added.

Finally, the surgeon left the question open to users of social networks: “How many people could he get sick?”

In the same publication, he wrote that now when he travels by Metro, he tries not to touch anything to avoid getting infected, much less sit in places.

I didn’t think to put anything about but since they want to blame only us… Well, I tell the story of this photo… Of a case of V. Del mono in the subway at its peak of contagion. pic.twitter.com/dizPSDMGA4