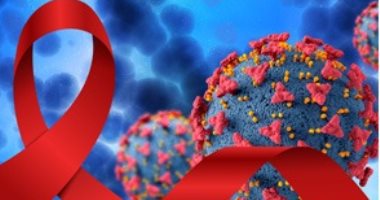 AIDS is one of the diseases that made a big sensation in the last quarter of the twentieth century, but when did the talk about that disease begin, it was the first report exactly in 40 years.

On June 5, 1981, the Centers for Disease Control and Prevention published an article in its weekly report on morbidity and mortality describing five cases of a rare lung infection, PCP, in gay men in Los Angeles. AIDS. Today, the article’s publication is often cited as the beginning of the AIDS crisis.

The article urged medical professionals across the country, particularly in New York, San Francisco and Los Angeles, to send information to the CDC about similar and mysterious cases. As it was first discovered among gay men, Acquired Immunodeficiency Syndrome, as it would be called the following year, was colloquially referred to as “gay cancer” and was officially called gay-associated immunodeficiency before the term AIDS was coined in 1982.

AIDS is not fatal in itself – in fact, it severely affects the immune system’s ability to fight disease, leaving the patient vulnerable to all kinds of infections, particularly “opportunistic infections”. PCP is one such opportunistic infection, and it was one of the few diseases whose increased incidence in 1981 revealed an HIV/AIDS epidemic.

Within a few years, the AIDS epidemic had become the major public health crisis of the late twentieth century, although many continued to believe that it only affected gay men. Due to the misconception that it was a “gay disease”, it took two years before the New York Times published its first front-page article on AIDS and four years before then-President Ronald Reagan mentioned it for the first time publicly.

Two of the men named in the study had died by the time it was published, and the other three had died shortly thereafter. By the end of the millennium, nearly 775,000 Americans had died of AIDS-related illnesses.