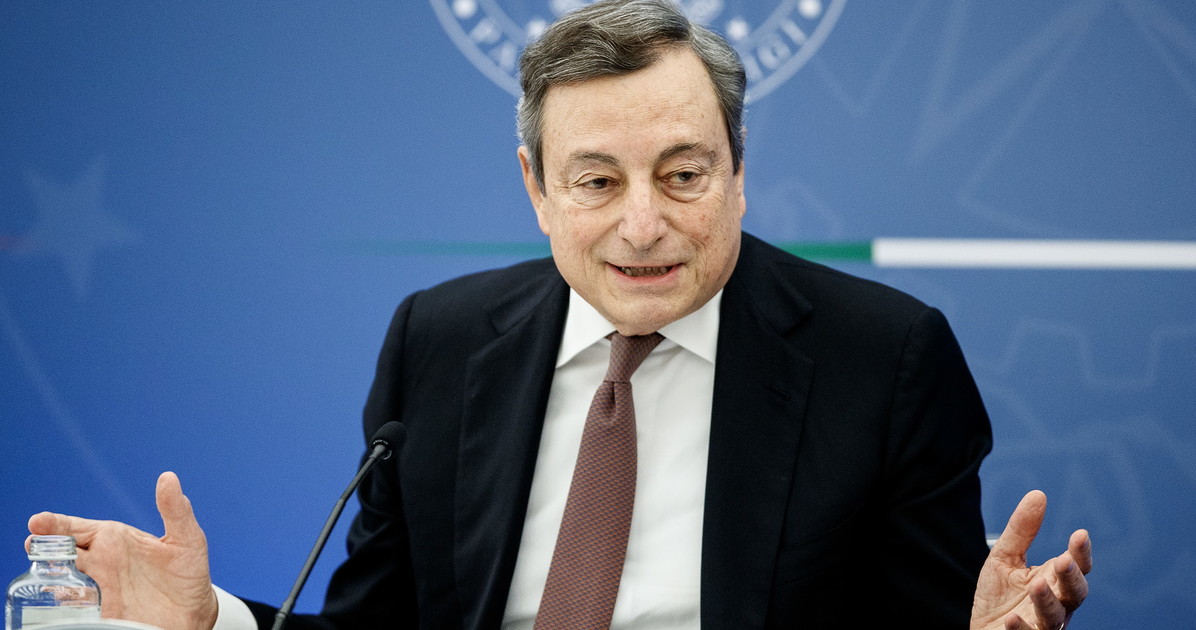 He didn’t get it right, Draghi slipped on the numbers – Time

I waited for 24 hours for an exhaustive explanation of the table unlined by the Minister of Health, Roberto Speranza, during Mario Draghi’s press conference. I’m referring to that blue ICU admissions chart with a large stylized red man, representing the unvaccinated, compared to smaller blue, blue, and light green men. It was the most eloquent image of the message launched by Draghi to explain the vaccination obligation to the over-50s: we are facing – explained the premier – a pandemic caused by those who are not vaccinated, which overwhelms intensive care and risks blow up the Italian hospital system. For this the government had no other choice: look at the table that the Minister of Health will now show you. And here it comes in favor of the camera, so that it was readable by all. It was related to the admissions to intensive care between 12 November and 12 December 2021. I jumped in my chair: it was precisely the period that I too had taken as a reference, working on it all Sunday on official data from the Higher Institute of Health published in the weekly surveillance bulletin the previous day. But the numbers were all different. And so I went to check and asked those directly interested for explanations. From Palazzo Chigi I was sent back to the Ministry of Health, with an invitation to ask them for an urgent explanation. At the ministry I found extraordinary courtesy and they acted as a bridge with those who had materially composed that table. I got a first answer that didn’t stand up and I explained why it was fallacious, and so I was promised an answer by last night. And it hasn’t arrived.

So I’ll explain it to you, because from a serious government you have to expect true data, not put at random with gross mathematical errors that not even an elementary school kid would have made in Dad, because, Mr. President of the Council, distance learning is much more serious than yours. press conferences. That table states that every 100,000 end up in intensive care 23.2 unvaccinated versus 1.5 vaccinated for less than 4 months, 1 vaccinated for more than 4 months and 0.9 with the third dose. From this it was clear that they had made a mess: it is not possible that the disease is more serious for those who have recently received the second dose than for those who received it 5 or six months earlier. And in fact the data is wrong and has been reversed, because the government does not know the meaning of the mathematical signs that even children know: “<" means "less than" and instead the opposite sign ">” means “higher than”. Having interpreted them to the exact opposite, they then published the grotesque result of Italians being more protected from the vaccine the further the period elapsed from the second dose was. A red and blue pencil mistake, where a child in Dad would fail, Draghi and his ministers instead clap their hands. Perhaps if the premier and his collaborators had made more Dads in life they would have avoided such a fool.

But that’s not the only glaring mistake. I see the time span of hospitalizations in intensive care (12 November-12 December) and alongside the populations of the unvaccinated (6,660,263) and that of the Italians who had received the third dose (8,102,818) and I take another leap on chair. More than eight million between mid-November and mid-December? But if we had started recently and with difficulty, the booster doses. In fact, I go to check the data published a few hours earlier by the same Iss and I find that at the date of 11 December, therefore at the end of that month taken as a reference, there were more unvaccinated (7,031,651) and vaccinated with a third dose approximately half (4,133,267). Here it is not just an error, but a blatant incorrectness, because to calculate in percentages how many unvaccinated and vaccinated with the third dose ended up in intensive care between November and December, the audiences of the two populations were used today, not that one. average of two months ago as it would have been correct to do. It is clear that if today the audience of those who have the third dose has doubled, that percentage is halved, but it is false. The real one is totally different, almost double. Just as that of the unvaccinated in intensive care is significantly reduced. In fact, if there were really 23.2 out of an audience of 6 million and 660 thousand who end up in intensive care, the number of unvaccinated people admitted to those wards between 12 November and 12 December 2021 would have been 1,545.18 (it is a simple mathematical operation, you can do it with any calculator even while in Dad). But in the ISS bulletin for that same period disclosed two days earlier that number was 887, almost half. Then the premier provided the Italians with false data, partly due to errors of those who elaborated them, partly due to falsifications made, which strengthened a thesis (the unvaccinated risk more than those vaccinated with the third dose) that the same would have emerged, albeit in a less striking way. There is not much more to add about the seriousness of this executive.