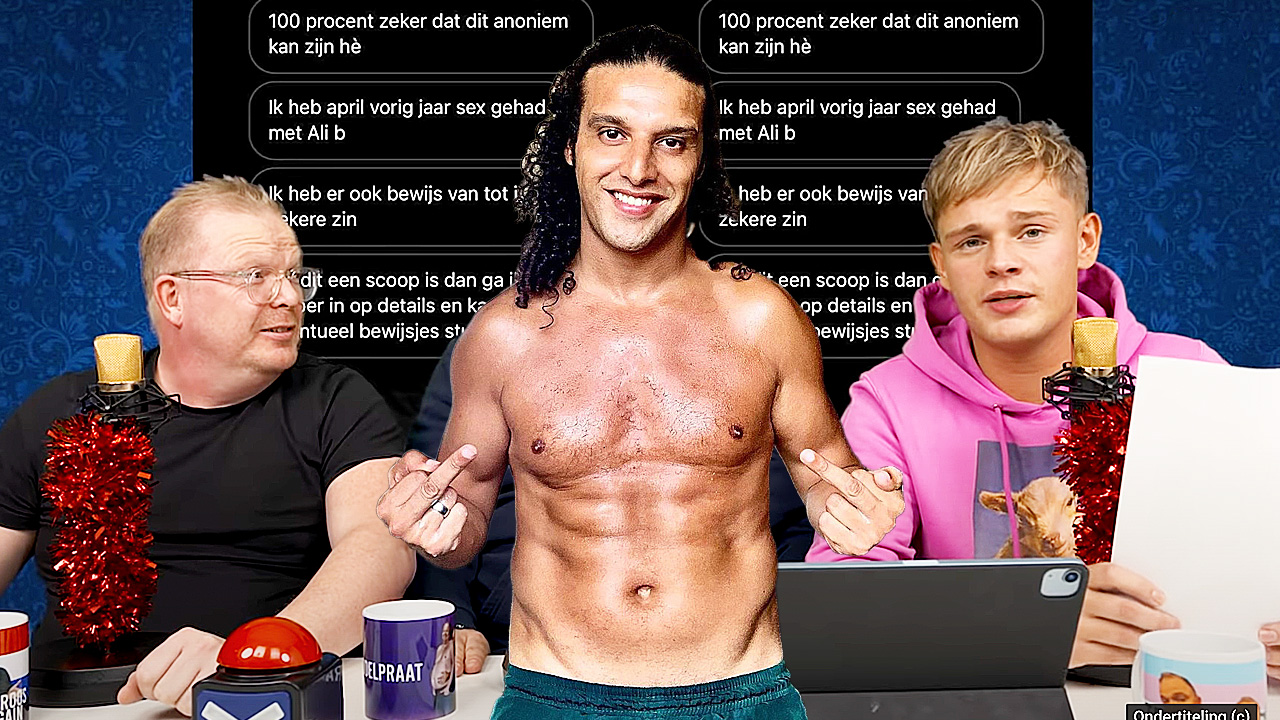 ‘He cheats and buys drugs!’

Ali B is quite discredited by Dennis Schouten. According to him, the rapper wrongly pretends that he is the perfect family man. “He turns out to be an absolute cheater.”

It seems that Ali B is the latest victim of Gossip Talk, the program that started the Marco Borsato case last month. Presenter Dennis Schouten previously claimed that Ali B would have cheated on Maan de Steenwinkel – just like Marco, by the way – and now comes with even more intense rumors.

According to Dennis, Ali is not as nice a man as many people think. “Ali B turns out to be an absolute cheater. He does not make it so furious with Marco, because this girl was 19, but good: for a man of 40-plus that is quite special,” he says in his program.

With ‘this girl’ Dennis refers to a young lady who approached him. “I got a message from a girl who said, ‘Can I be 100 percent sure to remain anonymous?’ I say, “That’s possible.” She says: ‘I had s°ks with Ali B last year. I have proof of it too. If this is a scope then I can send details and evidence.’”

What did this lady in question send? “A conversation with Ali B. He sends her: ‘Do you live alone?’ Ali B is very pleased with that and he says: ‘I will soon have [plaatsnaam] a corona rapid test. If you want, you can also purchase one from you.’”

Dennis visualizes this entire chat conversation. “And then Ali traveled to the home of this 19-year-old girl. So Ali is that perfect man who has been in a relationship for a long time with Brechje, his right-hand man with whom he also has children. Then that girl sent me a voice message.”

That voice message is also broadcast by Dennis. The lady gives intimate details about Ali’s genitals and about his stamina, among other things. “It really only took two or three minutes. He stayed for a while and then he said: ‘Here you have 500 euros, buy yourself something nice in this corona time.’”

Dennis speaks of ‘silence money’. At the end of the date, Ali is said to have ordered drugs and that is secretly recorded by the girl. “Okay, once you have them… Yes, I’d like to have 3M man, do you have it?” he says in the audio clip.

Dennis: “3M is drugs. After the date, Ali immediately went to get drugs. The scoop is not only that Ali cheats, then he pays women, that it only takes two minutes, but also that Ali is addicted to 3-MMC.”

Jan Roos: “Just a moment: Ali, the sweetheart of the whole of the Netherlands, cheats, pays women and then orders cheap drugs. I think it’s an intense scoop.”

The episode of Gossip Talk in which Ali is discredited can be seen below. More than 200,000 people have watched it in fourteen hours.