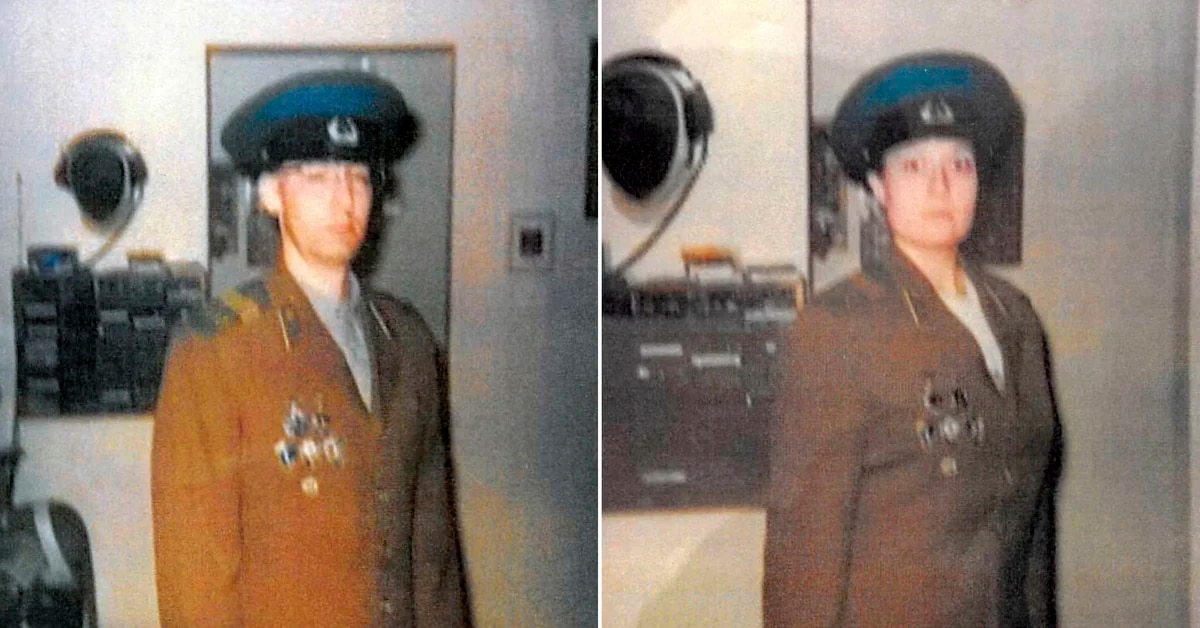 A US defense contractor and his wife, who lived for decades under the identities of two deceased Texas children, have been charged with identity theft and conspiring against the government, according to federal court records unsealed in Honolulu.

Walter Glenn Primrose y Gwynn Darle Morrisonboth in their 60s, who allegedly lived for decades under the names of Bobby Edward Fort and Julie Lyn Montaguerespectively, were arrested on Friday in Kapolei, on the island of Oahu.

Prosecutors are asking that the couple be held without bond, which could indicate the case goes beyond fraudulently obtaining driver’s licenses, passports and Department of Defense credentials.

Those documents helped Primrose obtain secret security clearance with the US Coast Guard and as a defense contractor, and old photos show the couple in KGB uniforms, a former Russian spy agency, Deputy US Attorney Thomas Muehleck said in court papers. Faded Polaroids of each in uniform were included in the motion to have them detained.

A “close associate” said Morrison lived in Romania while it was a Soviet bloc countryMuehleck said.

Morrison’s lawyer said his client never lived in Romania and that she and Primrose tried on the same jacket. As a joke and posed for photos with her. Even if the couple used new identities, attorney Megan Kau said, they have led law-abiding lives for three decades. “She wants everyone to know that she is not a spy.Kau said. “This whole thing has been blown out of proportion. It is an exaggeration of the government”. 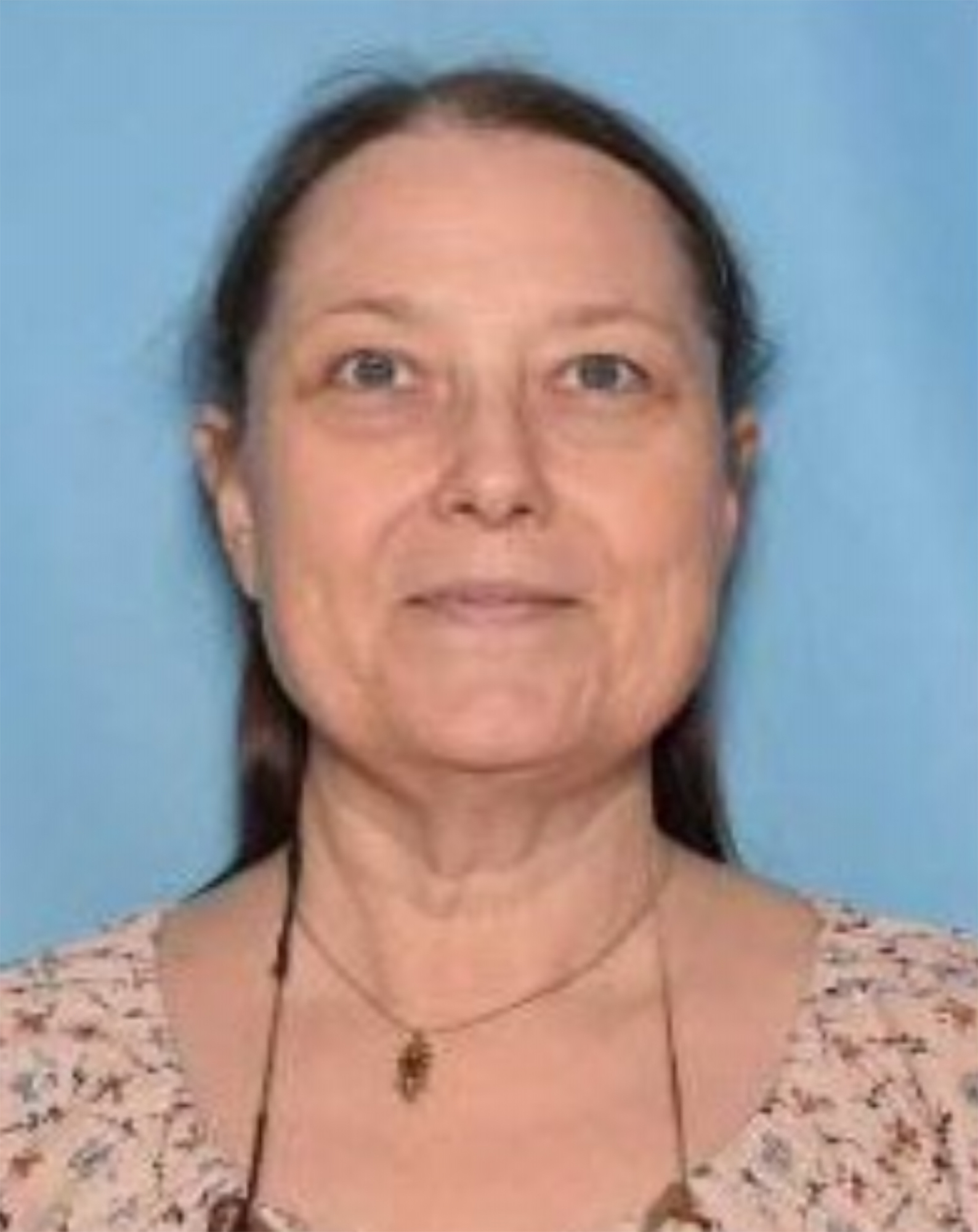 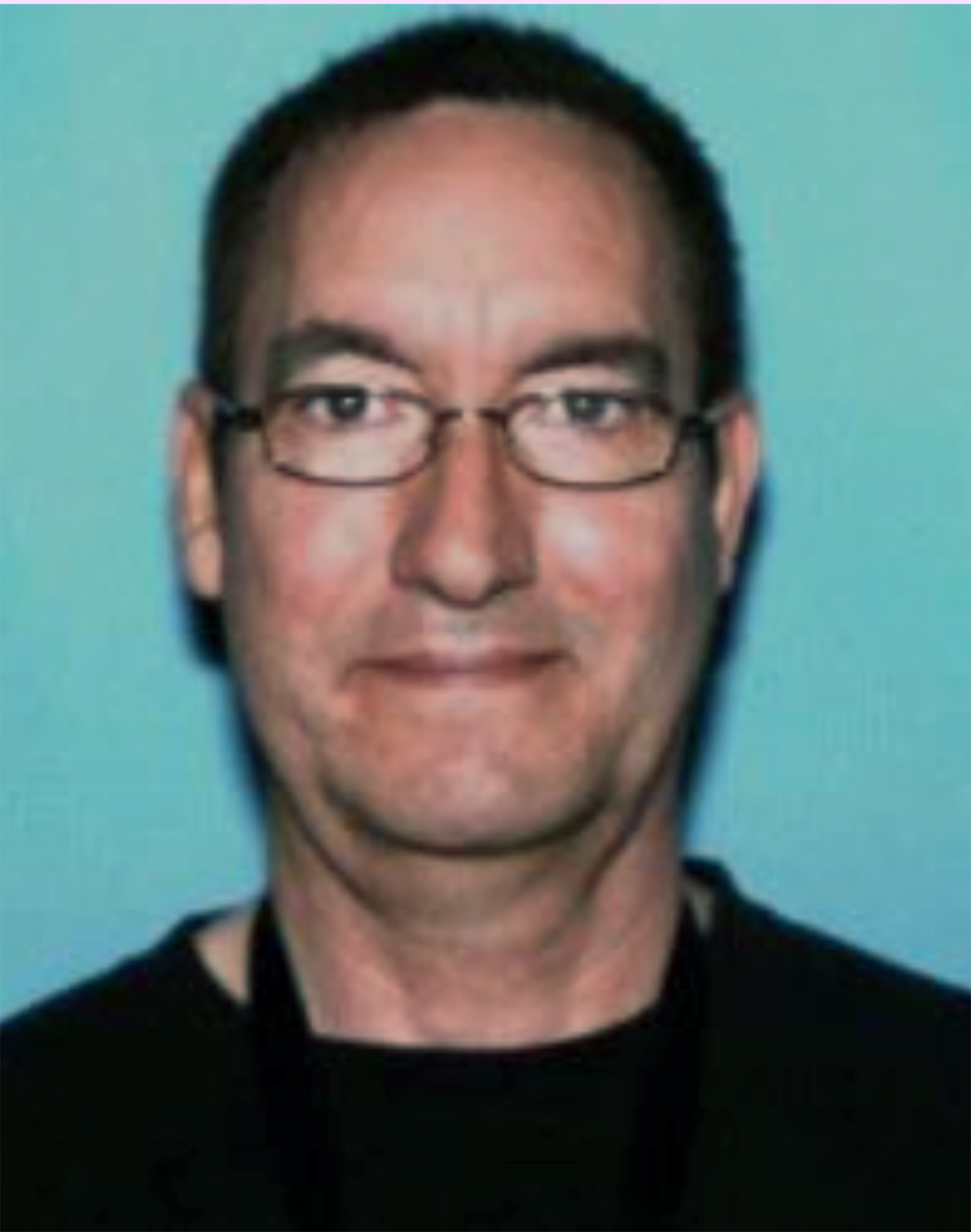 Prosecutors said there is a high risk the pair will flee if released. They also suggested that Primrose, who was an avionics electrical technician in the Coast Guard, was highly skilled at communicating secretly if he was released.

See also  Marvel: how did Samuel L. Jackson get the role of Nick Fury? - Cinema news

The couple are also believed to have other aliases.Muehleck said.

An attorney for Primrose declined to comment. A bond hearing is scheduled for Thursday in US District Court.

The secret authorization that Primrose had gives access to information that is “hugely valuable to our enemies”, said Kevin O’Grady, a Honolulu defense attorney who is not involved in the case.

The Coast Guard works closely with the Army and Navy, assists with counterintelligence and acts as the country’s maritime border patrol, said O’Grady, an Army reservist and defending lieutenant colonel.

“The Coast Guard has a unique perspective on our vulnerabilities,” he said, including how to infiltrate the country through seaports. Hawaii, a major military hub, “is a prime target for a lot of espionage and whatnot,” she said.

For a family whose deceased son’s name was stolen, Wednesday’s news came as a shock.

John Montague, who lost his daughter Julie in 1968 at three weeks old, was stunned to learn that someone had been living under his name for so long. “I still can’t believe it happened,” Montague, 91, told the AP. “The odds of them finding her and using her name are like one in a trillion. People stoop to doing anything nowadays. let the children rest in peace”.

Primrose and Morrison were born in 1955 and attended high school together in Port Lavaca, Texas, then went to Stephen F. Austin University, according to court records. They got married in 1980.

There is no indication in court documents why the couple in 1987 assumed the identities of deceased children who would have been more than a decade their junior. But an affidavit filed by Special Agent Dennis Thomas of the State Department’s Diplomatic Security Service noted that That year the couple lost their home in Nacogdoches, Texas, to foreclosure..

They remarried under their assumed names in 1988.Thomas said. 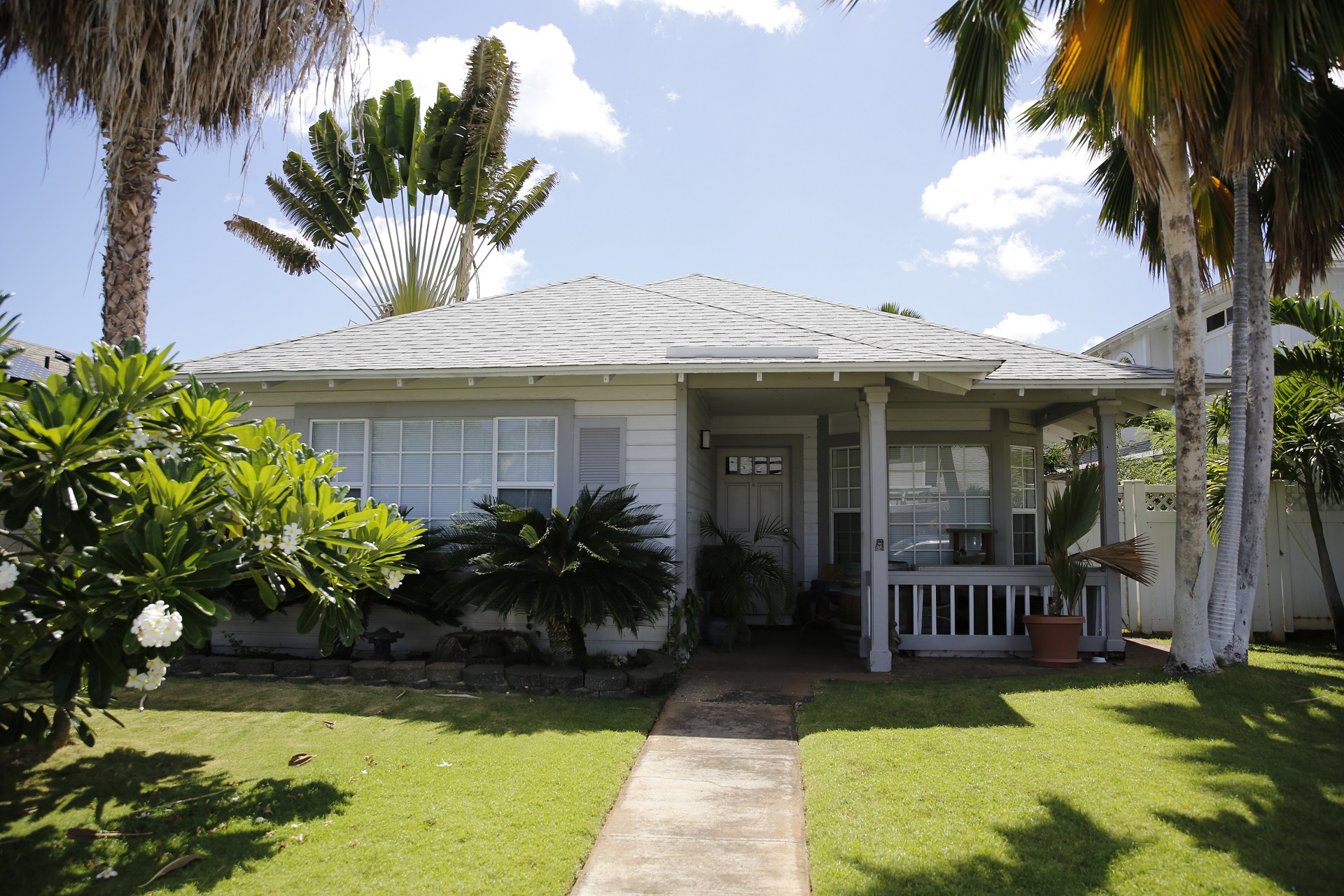 Court records do not provide any information about what happened from the time they assumed their new identities until 1994, when Primrose, then about 39 years old, enlisted in the Coast Guard as Fort, who was about 27 years old.

If there was an obvious age discrepancy between Primrose’s appearance and the birth certificate she submitted, “that’s right.” a blunderO’Grady said. “That’s something that if they can find out now, they should have found out then,” he said. Montague said that “someone is not doing their job.”

See also  After the controversy over the elimination of the bulletins, they suspended the Resolution

Primrose and Morrison requested and they received multiple passports with their false namesaccording to court records. But in 1999 Primrose also applied for and received a passport in his legal name while also holding a passport in Fort’s name.

Primrose was in the service until 2016, when he began working for an unidentified defense contractor at the US Coast Guard Air Station at Barbers Point.

“While he had that secret clearance with the United States Coast Guard, defendant Primrose was required to report any foreign travel,” prosecutors wrote. “The investigation has revealed that defendant Primrose did not report several trips to Canada while he did report other trips abroad.”

The couple lived in suburban Honolulu, in a modest two-bedroom bungalow under palm trees. They owned a neighboring house that they rented out to military personnel, said Mai Ly Schara, who lived next door. She knew them as Bob and Lynn, and apparently Morrison was Julie Lyn Montague’s middle name.

Primrose did yard work for Schara for $50 a month, he said. Morrison fostered, fed, and sterilized the cats. He also had several rabbits and dedicated a room to pets.

“They kept to themselves, but they were friendlyShara said. “They were just a little weird”. 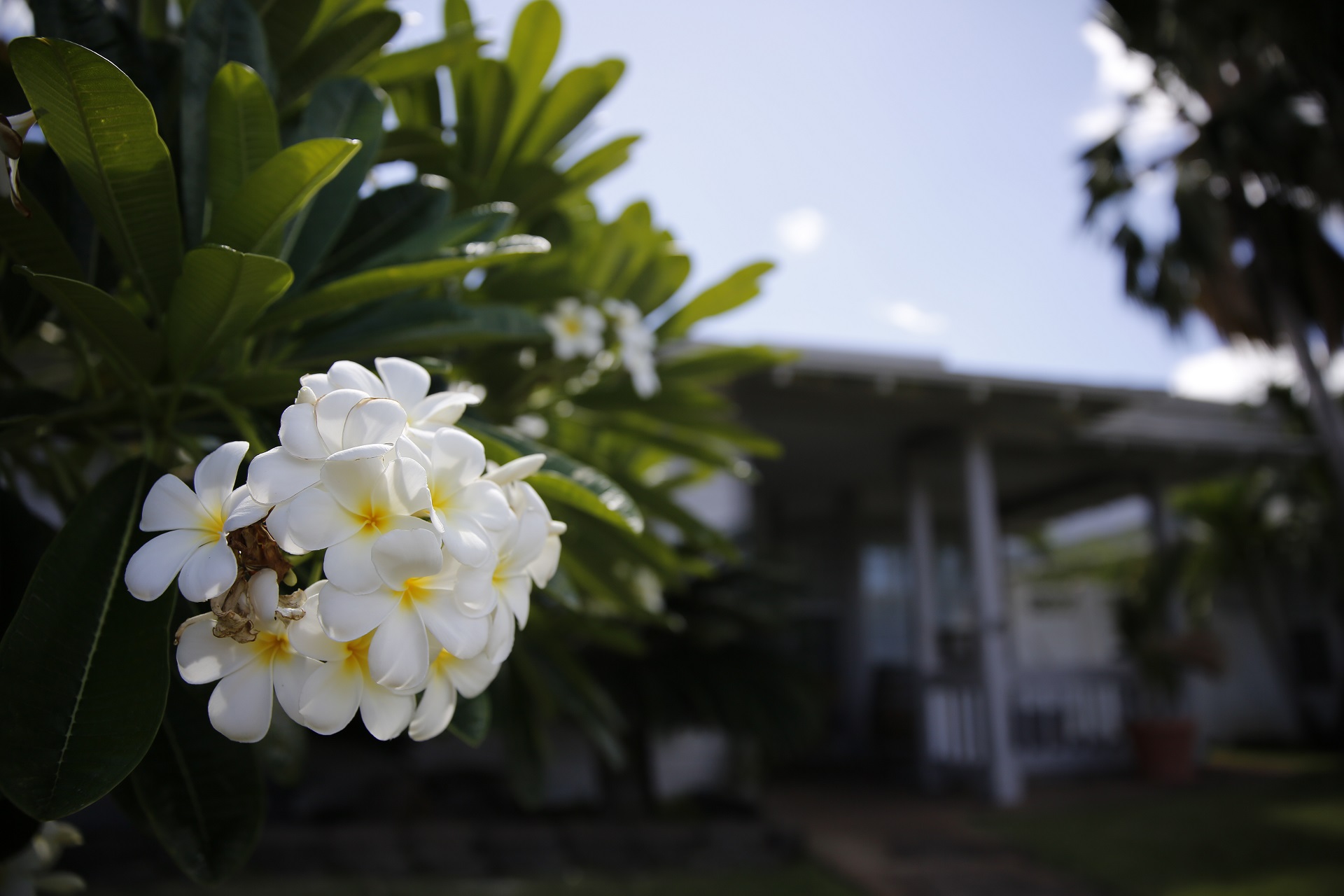 Schara wasn’t sure what Primrose did for a living, but she thought it had something to do with the military. Morrison once worked as a parking attendant at a Waikiki hotel, but had been tutoring neighborhood kids.

The FBI made a scene in the quiet neighborhood when they searched the house and took photos. “It was just shocking, like, oh my gosh,” Schara said. “It was a great madness.”

See also  Will you need a COVID passport to have fun in the US?

The State Department declined to comment on the arrests.

The couple is charged with conspiracy to commit a crime against the United States, false statement on passport application and aggravated identity theft.

Fort, who lived less than three months, died in October 1967 in the same hospital where Julie Montague died about three months later, in January 1968. They are buried 14 miles (23 kilometers) apart.

When Tonda Ferguson learned from her father that Morrison had used her late sister’s birth certificate to create an alias, she thought of her mother, who had died in 2003, and the years that had passed. “For all the mothers out there who are living and have to know this happened to their babies, I can’t even begin to imagine,” Ferguson said. “I am glad that my mother is with the Lord. This would be very traumatic for her.”

Ferguson was in the eighth grade when his sister died. He never got to see his little sister or hug her. They buried her in Burnet, Texas, the small town where they lived at the time, outside of Austin. “It came from a place of love, deep love,” Ferguson said. “That someone dedicates himself to stealing his identity to do evil, is hard. It’s painful… I hope they rot”.

(With information from AP/By Jennifer Sinco Kelleher and Brian Melley)

The mystery surrounding the death of two Saudi sisters in Sydney
Racism scandal in a restaurant of the famous Peruvian chef Gastón Acurio in Paris: “Don’t let many Africans in” 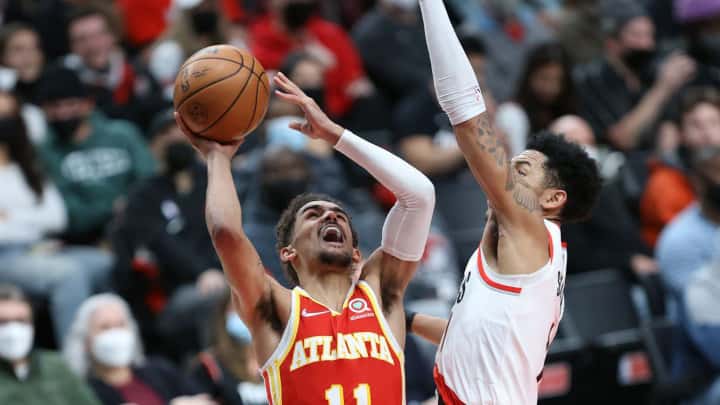