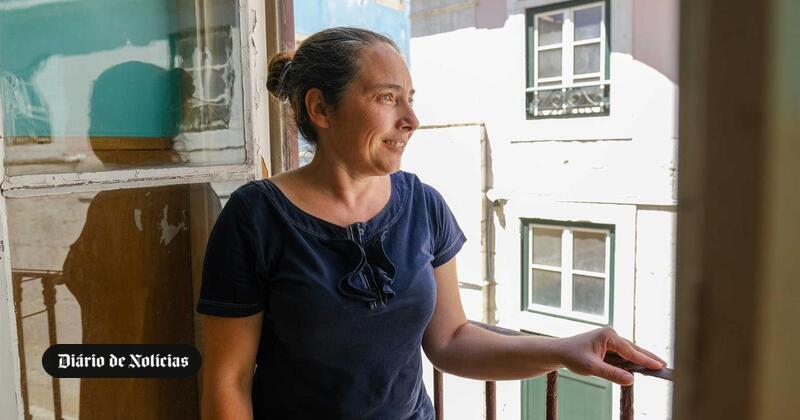 have a job but lack housing

The residence visa reached 133,000 new immigrants in the first six months of the year, 22,000 more than in the 12 months of 2021, and more than a third (47,600) are Brazilians. They easily get a job, the problem is getting a house with their salaries and the demands of landlords, they denounce themselves and the associations. The solution is to rent a room, share a room and live outside the big centers, especially away from the metropolitan areas of Lisbon and Porto.

The new residence permits, in the first half of 2022, already exceed the total of one year, even before the pandemic. The Aliens and Borders Service (SEF) allocated 133,000 in the first six months, more than the 129,155 in 2019, which was a record. It dropped to 118,124 in 2020 and to 111,311 in 2021. These are provisional data and also correspond to the attempt to reduce backlogs in services, but essentially denote the increase in migratory flows to Portugal.

The largest foreign community is the Brazilian one. They reached 204,694 last year, now totaling 252,000 and could quickly reach 300,000, if the intensity of flows continues.

“Our service is full of people since the end of restrictions on entry into the country. The flow is visually superior, which we can see not only from the work of our association, but also from the others “tells DN Cyntia de Paula, president of Casa do Brasil.

The structure is based in Lisbon, but with the covid-19 they started online service, which allows them to have a view of the entire country. Those who are looking for a job knock on their door, but also small entrepreneurs who want to open a business and higher education students.

And even districts where they were not very visible arrive in large numbers, as is the case of Faro. This is confirmed by the Brazilian consul in the city, which covers the Algarve, Alentejo and a small part of Setúbal, José Estanislau Neto.

“After the effects of the pandemic, tourism and related activities resumed and there was a lot of demand for labor. We have a young community, who came in search of work, others to study and also because they see Portugal as a gateway for the Europe. In general terms, it is well integrated, depending on the language, especially because of the familiarity with Portugal.”

Eronita and Elisângela left Brazil for Portugal, but they have different paths. The first has just arrived, the second has lived in the country for 20 years. In common, they have the difficulty in finding decent housing, a reality that affects the entire Portuguese population, but immigrants end up being the most penalized and have to give more guarantees that they pay the rent.

They meet at Casa do Brasil, in Lisbon, to deal with papers. The first, as she has just arrived in Portugal, does not miss the opportunity to learn more about the country she chose to live in. “Don’t you think Brazil is better?” The question remains: “Was it worth it?”.

Eronita Lima, 56, is a seamstress and lived in Campo Grande, in the Midwest of Brazil. She immigrated with her youngest son, 21, four months ago. “I’m a tailor-they say seamstress-is my passion. After 15 days I had a job and so did my son”, she says. Practices his profession, the boy is a courier in the food sector. She had a stable condition in Brazil, she immigrated mainly through the youth. The other son, 28, stayed and is another of her concerns.

They slept the first few days in a hostel in Lisbon, then their son “joined a Facebook group”, through which they made the NIF – they were charged 50 euros for something that is free – and rented a room. They pay 330 euros for the division in an apartment in Camarate, where there are three more rooms rented. “It’s bursting with people, I’d like to go out, but I can’t find anything, the ideal would be a house with at least one bedroom.” She and her son receive around 650 euros each, which doesn’t give them high expectations.

“News arrive in Brazil of a lack of manpower in Portugal. When they arrive, they are faced with low wages, difficulty in finding qualified employment and in accordance with their qualifications. What they find is for the services sector, catering , hotels, commerce. And they don’t earn to pay for housing, which is a general problem in Portugal and which is felt by the immigrant population in a more pronounced way”, says the director of Casa do Brasil.

These are the high rents, to which are added the obligation to pay six/seven months of deposit, to have a guarantor and to present the IRS.

“What is happening is dramatic, the real estate companies say they don’t have houses, what is there is very expensive and they ask for a guarantor, nobody wants to be a guarantor. I live on the south bank, where a T2 is rented for 650/700 euros per month, more than the minimum wage, which is what people receive. How are they going to pay for water, electricity, food? A few days ago, a Brazilian who lives in the north came to us and had to rent a house in the name of another Brazilian. He came with his wife and two children, but he is considering returning his family and staying alone until he finds a better situation”, explains Ricardo Pessôa, president of the Brazilian Association of Portugal. an upper-class immigrant buys a house for more than 500 thousand euros, he hardly looks for the association”.

Elisângela Bergamasco, 43 years old, maid, recently rented her house. She is married to a Portuguese, dental technician, and has two daughters, aged 18 and 15, respectively, who were born in Portugal. “When I came, I stayed in a boarding house in Baixa, then I ran into all the situations. I lived in a favor house, I shared a house with other Brazilians, which didn’t leave me good memories, now, I got a good house and I liked to keep it”, says Elisângela.

He rented a T2 in Olival Basto, Odivelas, for 950 euros – 50 more than his salary – and had to pay five months in advance. “So, there was no need for a guarantor, but they wanted to make a lease for just one year, I explained that, according to Portuguese law, the minimum is one year for another three renewable”. The couple manages to pay the rent with their salary and the eldest daughter works and studies. And Elisângela considers that she has a good salary: 900 euros to take care of the house and two twins, from 9 am to 6 pm.

The director of Casa do Brasil considers that housing is an eternal problem for immigrants, but that it has worsened in recent months. “There began to be a decentralization of the Brazilian community in the territory motivated by housing. They go to Leiria, Aveiro, Bragança, Braga, etc., which is also related to the labor market. There are many people working in factories in the Centro Region, for example”.

Casa do Brasil has a project whose objective is to deconstruct the image of El dourado about Portugal that arrives in Brazil. And, on the Lisboa Acolhe portal, they launched a guide to combat scams in housing. “False rentals are an increasingly frequent reality in Portugal. On the internet, advertisements appear by the hundreds.. “We recommend that you pay attention to advertisements and look for sites already known”, he warns. The first tip is to be suspicious of prices below the Marketplace.

The Brazilian consul in Faro summarizes: “We are no different from the Portuguese and citizens of other countries. The main problem in the Algarve is housing. Normally, the rental offer is for the summer. It’s hard to get a lease for two or three years. I have suffered this difficulty myself [iniciou funções em janeiro]”.

The Assembly of the Republic recently approved amendments to the Immigration Law (n.º 23/2007, of 4 July), which were welcomed by most associations. The draft law (n.º 19/XV) was referred to the specialist committee.

See also  They control the fire in the Plaza de la Tecnología, in the center of CDMX

Determines the granting of visas for looking for work to citizens of the Community of Portuguese-Speaking Countries (CPLP) with whom the Portuguese State enters into mobility agreements. The establishment of quotas is no longer mandatory, it simplifies procedures, grants visas to those who are working remotely and allows the monitoring of family members qualified with the respective titles. The validity periods of documents, such as residence permits, are extended. The exercise of a professional activity is also allowed to all secondary and professional students, interns and volunteers. It extends the validity of the refugee’s travel permit to five years, subject to renewal, allowing the holder to enter and leave the national territory, as well as the territory of other States that recognize it for this purpose.

“The government’s initial proposal had many changes, the most important are not having to communicate to the SEF and the end of employment quotas. This last one is an old fight: quotas don’t make sense, the market itself regulates it. These are positive changes if the SEF allows it. The reform of services is very important, there must be a definitive separation of the administrative part from the police”, argues Cyntia de Paula.

The Jesuit Refugee Service considers “the creation of legal and safe ways for people to move and settle in Portugal, the reduction of bureaucracy and the clear sense of reducing the waiting time for SEF processes”. But he will wait for the regulation to understand how the measures will be applied: “Whether they are accessible, economically and bureaucratically.”

Ricardo Pessôa is not confident: “It won’t change anything. First, it’s only for those coming from the CPLP and, later, there is already the possibility for a person to come to Portugal and look for work. With a contract, you can make the “expression of interest”. They didn’t talk to the associations, who are on the ground”. The “expression of interest” is done online and is the first step towards the regularization of a foreign citizen.

The amendments were approved by the Council of Ministers on 15 June. They also approved the end of the “obligation to designate a tax representative for taxpayers with Portuguese NIF” who reside abroad or are absent from the country for periods longer than six months, provided that they register on the Finance Portal.

At Diário de Notícias dozens of journalists work every day to make news, interviews, reports and analyzes that ensure accurate information to readers. And it has been that way for over 150 years, as we are the oldest national newspaper. To continue doing this “service to the reader”, as our founder wrote in 1864, we need your support.