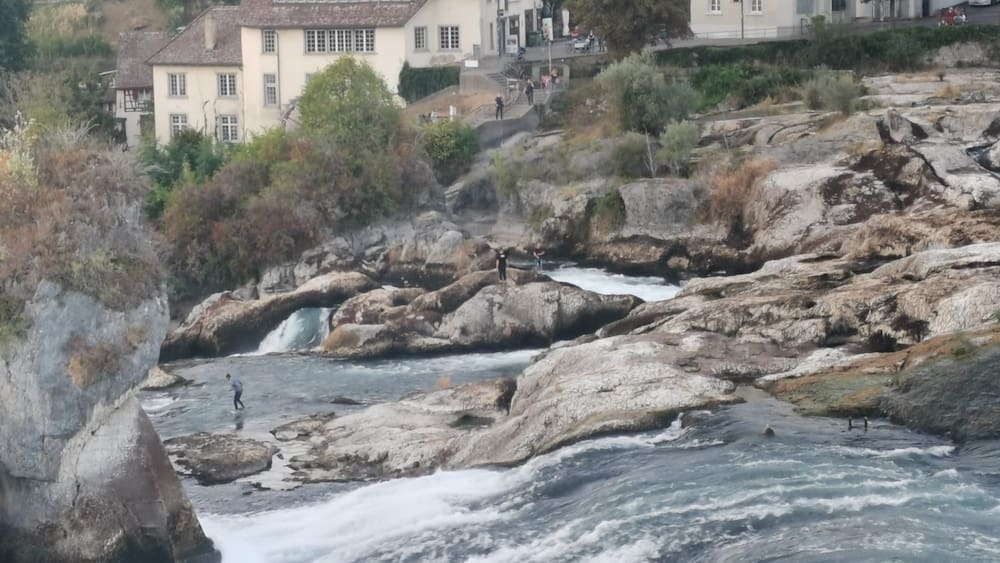 A couple of haughty climbs over the «Rheinfällchen»

Rarely has there been so little water at the Rhine Falls as now. The deep level exposes rocks. A couple of boys took advantage of this with a daring climax on Tuesday. The police whistled back at the haughty.

Otherwise, the Rhine Falls roar, foam and hiss. Not so now. The Rhine is currently only carrying half the amount of water it usually is at this time of year. Instead of 600,000 liters, less than 300,000 liters of water fall per second at the Rhine Falls, as the “Landbote” reports.

It is still a spectacle for tourists. To local residents, the Rhine Falls became the “Rhine Falls”. Because the level in the Rhine is so low, many rocks come to the surface. On Tuesday, a group of young men took the opportunity to climb over the rocks of the Rhine Falls.

A few brave ones

The boys stood in places where not many people stood. However, the daring action quickly came to an end. The advanced police whistled the boys back. A reader reporter speaks of “some haughty ones”. There were no injuries or a rescue operation. The Schaffhausen police confirmed the operation upon request.