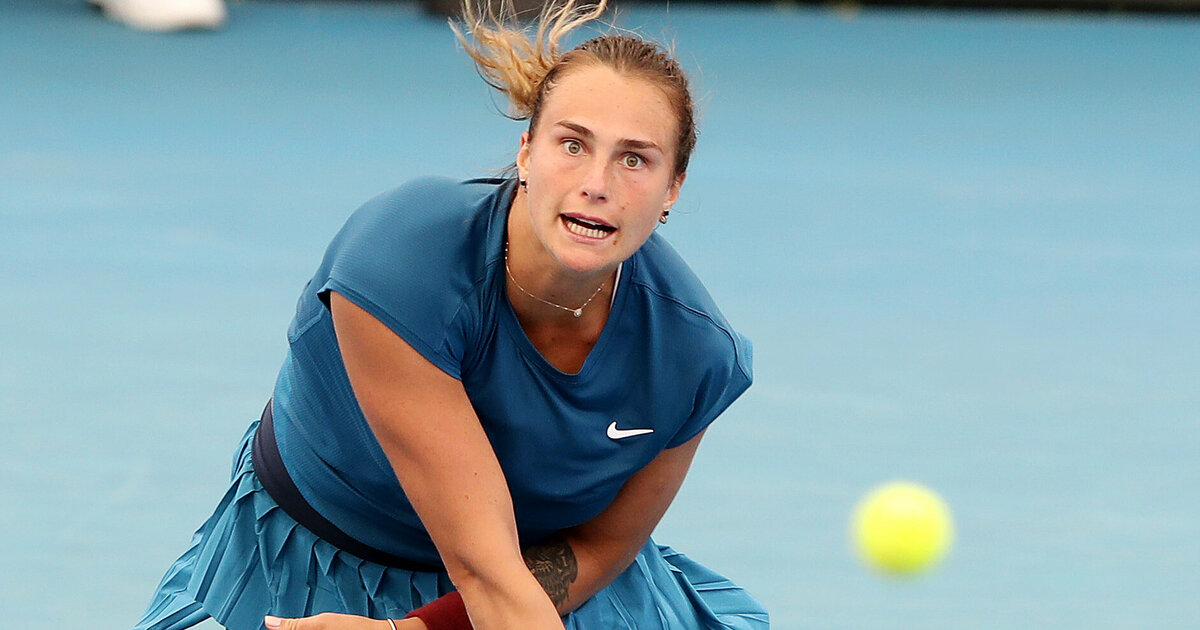 Aryna Sabalenka (WTA No. 2) started the new season with two defeats. The main cause for concern is their serve.

What’s wrong with Aryna Sabalenka? You have to ask yourself this question after the first two appearances of the 23-year-olds. Because Sabalenka, who finally wants to make her big break in the Grand Slam tournaments this year, seems to have a huge problem with her serve.

Last week she lost against Kaja Juvan in Adelaide 6: 7 (6), 1: 6 and made 18 double faults. Today, at the second tournament in Adelaide, she lost to Rebecca Peterson 7: 5, 1: 6, 5: 7 and made 21 double faults. And it would probably have been even more if Sabalenka had improvised several times with serves from below.

Sabalenka’s regular serves, on the other hand, ended up being far out of the question …

It was noticeable how little tension she built up in the leg area. Especially since throwing the ball didn’t seem like the big problem. An injury – or uncertainty after so many unsuccessful attempts? Or the “Yips”?

“Yips”, or jerky muscle twitches, are seen again and again in sport. Bernhard Langer was unable to putt for a long time because of them, and even professional darts players sometimes didn’t hit the entire target. In tennis, Anna Kournikova or Guillermo Coria suffered from it. And lastly Sara Errani, who had extreme problems especially with throwing the ball.

Sabalenka was understandably desperate even because of the wind and in the meantime. So that referee Julie Kjendlie even asked her if everything was okay. “No, everything is fine,” explained Sabalenka. “It’s a technical problem. I just can’t serve any better.”

For Sabalenka, the time to find a solution is of course running out: The Australian Open will start next Monday, and she had her best result here last year when she reached the round of 16.

In general, Sabalenka had to fight with the majors for years, never got further than the last 16. Up to the Wimbledon tournament in 2021, where she reached the semifinals, and then at the US Open. If she wants to play for the title in Melbourne, she urgently needs a solution.