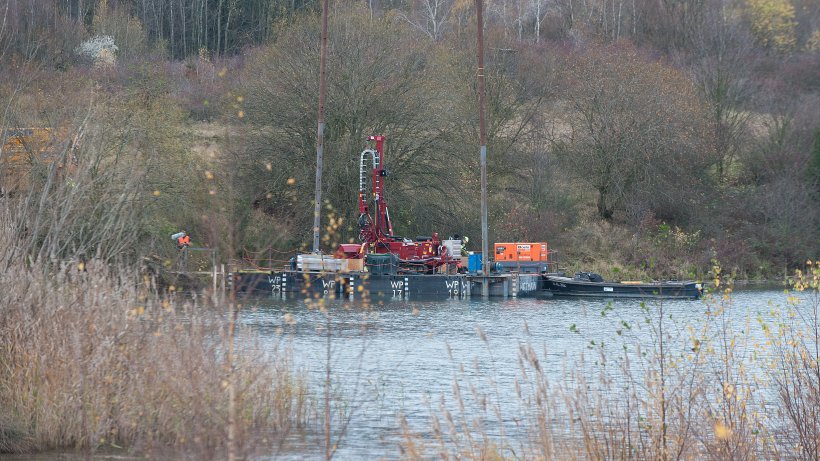 Goslar. In the mountain pond in Goslar im Harz Apparently a valuable treasure is slumbering. It is not about diamonds, gold or silver – but another raw material that could be particularly useful for car manufacturers like VW.

Scientists from the Federal Institute for Geosciences and Natural Resources have now made this special discovery – and have already celebrated their first successes in the laboratory!

Harz: This pond treasure could also be good news for VW

Electromobility is on the advance worldwide and also in Germany. The Wolfsburg-based car manufacturer VW gave the go-ahead for its own e-offensive last year despite the corona crisis. Since then, Volkswagen has been launching one electric model after the other. The plans are big, the goals are high.

These are VW’s electric plans:

+++ VW subsidiary in Salzgitter: Bitter pill for employees – “We won’t put up with it” +++

Above all, one thing is fundamental to VW’s e-offensive: batteries. In March, the Wolfsburg-based company announced that it would set up its own extensive network of factories for the production of battery cells for e-cars. The plan: in Europe alone, six giant factories are to be built by the end of the decade. But it is also clear that raw materials are needed to manufacture batteries.

For example, the battery for the ID.3 from VW contains a wide variety of elements such as lithium, graphite, manganese, copper, nickel and cobalt. The latter is primarily obtained in the Democratic Republic of the Congo.

More than half of the cobalt mined comes from there – the majority from industrial open-cast mining. VW criticizes the conditions of the dismantling there, especially under environmental, social and safety aspects. However, the raw material is currently still required for battery production.

Cobalt for batteries soon out of the Harz?

And that’s exactly why the news from the Harz Mountains could be good for Volkswagen. Scientists have found out that cobalt can be extracted from mining residues in the Harz Mountains. This is made possible by the so-called bioleaching process.

Scientists at the TU Clausthal assume that the residues in the Bollerich mountain pond should contain around 1,221 tonnes of cobalt. An overall concept for the area is currently being worked on in order to extract possible raw materials.

More news from the Harz:

That would also be good news for Volkswagen and other car manufacturers who rely on electric. Nevertheless, according to its own information, VW has committed itself to reducing the number of critical raw materials in the coming years. VW wants to reduce the amount of cobalt it needs in the next three to four years.

This should be made possible by battery technologies of the future, which the Wolfsburg-based company is currently researching. Another idea: Increase the proportion of old batteries, either by reusing them or by recycling the raw materials they contain. You can find more about resources and raw material extraction at VW HERE. (abr with dpa)