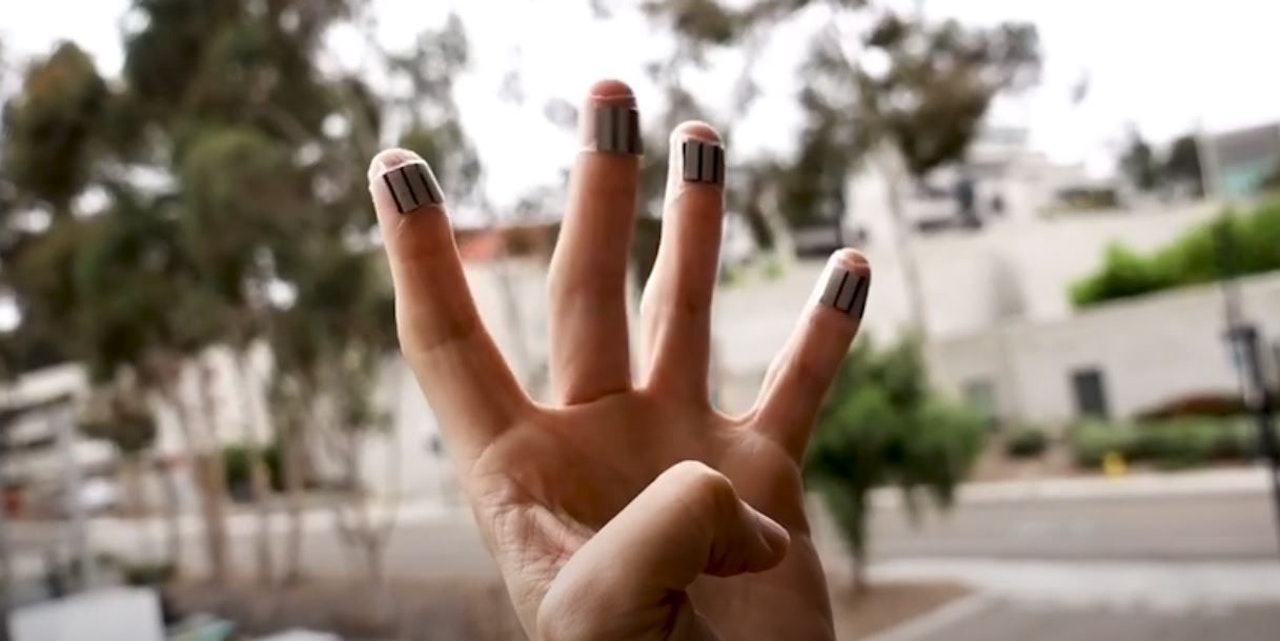 Researchers at the University of California have invented a chip that collects sweat on the fingertip. This can be used to generate electricity.

Sweaty hands tend to be a nuisance, but they can also be very useful. This is what researchers from the University of California found out. Because they have developed a kind of chip that can be attached to the finger and collect sweat there. This can then be converted into electricity, which can be used to charge electrical devices.

The chips are sensors around one square centimeter in size that are attached to the fingertip with a plaster. Unlike other wearables that produce their own energy, you don’t have to do extra sports or expose it to sunlight for this new chip. The sweat production of the hand should be sufficient for this, even if the wearer does not move or even sleeps.

This works because people sweat more on the fingertips than on any other part of the body, as the “Dailymail” describes. Other places, such as the armpits, seem to sweat more, but this is deceptive. Because the fingertips are constantly exposed to the fresh air, which is why sweat evaporates quickly there. In fact, fingers have the highest concentration of sweat glands on the body.

The new chip makes use of this. As soon as the wearer begins to sweat or applies pressure to the chip, he or she converts these impulses into electricity. In addition to sweating, the chip can also generate energy when typing on the smartphone or playing the piano, for example.

Chemical reaction on the fingertip

Making the chips so small that they fit on a fingertip was extremely difficult, according to Lu Yin, who was involved in the research, and required the use of highly specialized materials. The electrical conductors had to be made extremely small. Finally, the researchers succeeded in producing electrodes from carbon foam that could soak up the sweat of the fingers. Enzymes on these electrodes eventually trigger a chemical reaction that creates lactate and oxygen, which in turn can be used to generate electricity.

“The material the chip is made of is flexible, so you don’t have the feeling of having a stiff plate attached to your fingertips,” Yin told Dailymail.co.uk. Therefore, the invention can easily be worn for a long period of time.

Still needs to be optimized

Measurements show that around 400 millijoules of energy could be obtained after around ten hours of sleep. That would be enough to supply a simple, electronic watch with power for around 24 hours. One hour of typing on the computer produced around 30 millijoules.

“We call this the maximum amount of energy harvested for the time invested,” explains Professor Joseph Wang, who oversaw the study. “With other wearables that produce electricity, you have to use a lot of energy, such as exercising, to generate a similar amount of electricity. But when you sleep, you don’t use any additional energy at all.”

Nevertheless, the scientists are working on making the chips even more energy-efficient. “We didn’t just want to show that we have created something cool that can produce small amounts of energy. We want to show that our invention can be really useful, for example to power sensors or cell phone displays,” says Wang.