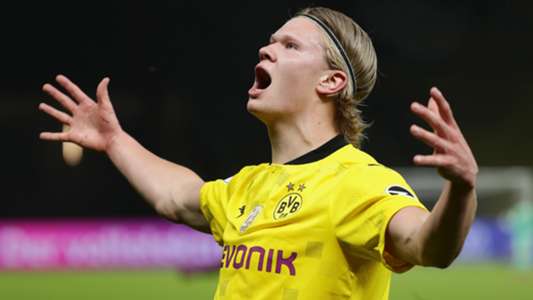 Borussia Dortmund star Erling Haaland has given a new hint that he will stay with the Lions of Westphalia next season naturally, despite speculation that he could leave Signal Iduna Park.

And rumors about the future of the Norwegian international increased in the past days after he did not start with Dortmund the preparations for the new season, with news spread about his approach to Chelsea in particular.

But Haaland naturally arrived at the German club’s camp on Thursday morning, and sent a clear message to those interested in him that he would not leave the Bundesliga next season.

What did Halland say about his future?

Halland published a picture of him on social media as soon as he arrived at Borussia Dortmund’s preparations for the new season.

Halland attached to the photo the phrase “first day” in response to what was raised that he had been absent without permission from Marco Rose’s battalion recently.

The Norwegian added, referring to his continued “ready for the trip”, and the meaning is clear that he is preparing with full force for the German club’s trip in his next season.

Chelsea have emerged as Haaland’s closest destination in the past few days, after talk of the young striker being highly convinced by Blues owner Ramon Abramovich.

Real Madrid remains the 20-year-old’s biggest dream, but the royal club at the moment is focusing its efforts on contracting Kylian Mbappe in particular.

This is in addition to a selection of major European clubs, led by Barcelona, ​​as well as Manchester United.

Dortmund confirmed in various ways that Haaland is staying and will not leave the club this summer, no matter what, and this was helped by the sale of Jadon Sancho to Manchester United.

The English international deal entered Dortmund’s treasuries 85 million euros and almost solved the club’s economic crisis, so it is no longer forced to sell Halland or any other star.

It is worth noting that German newspapers confirm the existence of a penalty clause in Haaland’s contract that will be activated from next summer and allow him to leave for 75 to 100 million euros.