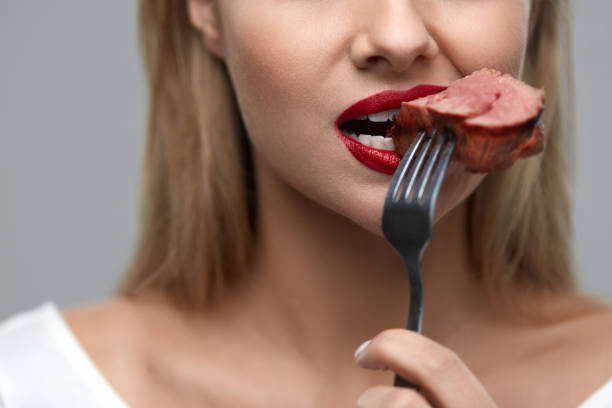 Half of young women benefit from more red meat and dairy

Half of women between the ages of 11 and 18 are deficient in magnesium and iron, according to Ian Givens, a nutrition professor and director of the Institute for Food, Nutrition and Healt at the University of Reading. A quarter of young women are also deficient in zinc, calcium and iodine.

According to Givens, young women are more at risk for essential nutrient deficiencies because they are more susceptible to the message that red meat and dairy are bad for the planet, leading them to follow vegetarian or vegan diets more often than men.

Producers of plant-based milk and meat substitutes are now aware of the dangers and are now adding calcium, among other things. “But that doesn’t help much”, says Theo Niewold, professor of Nutrition and Health at the KULeuven, “The body absorbs the added calcium much less well than in organic form. My advice is therefore: drink a lot of animal milk in your youth. Because you cannot compensate for that calcium deficiency by licking a piece of chalk every now and then, and you cannot eliminate the iron deficiency by licking the rust on your bicycle.”

“We are in a situation that is unprecedented in nutrition, we will not know the results of this until well into the future,” Givens said at a seminar on alternative proteins, “the teenage years of young women are absolutely crucial to the development of their skeletal system, there the foundation is laid for strong bones in old age.”

Niewold agrees with his British colleague in Het Nieuwsblad: “Givens points out the danger of plant-based milk in particular to women, precisely because it contains too little calcium. That calcium deficiency will affect women later in life. The older we get, the faster our bones decalcify and therefore the more brittle they become. In women, descaling is much faster than in men. That is why they should take in as much calcium as possible during the growing years.”

In all age groups, women are more at risk for deficiency than men. According to the National Diet and Nutrition Survey, only 2% of men consumed less than the recommended amount of iron.

Another point of attention is iodine deficiency. That mineral element is essential for the development of fetuses and milk is the main source of iodine for most people. There are very few plant-based alternatives.