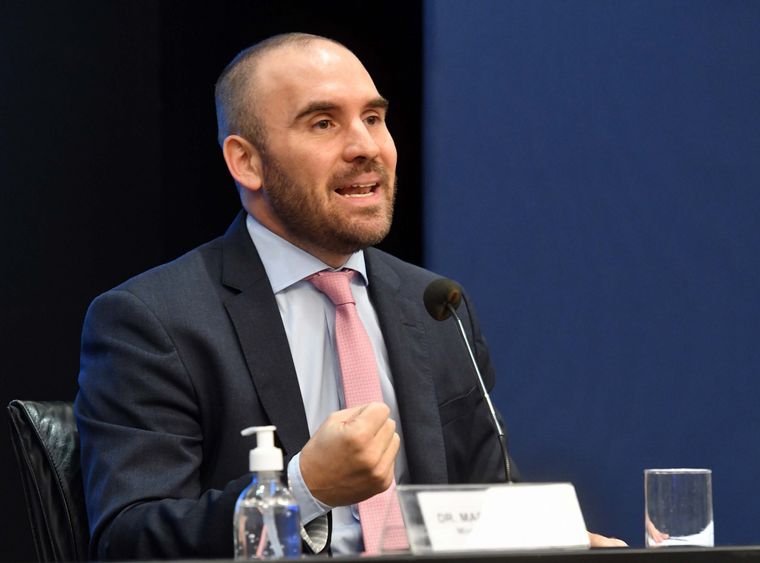 Guzmán travels to Washington to “recalibrate” agreement with the IMF – News

Economy Minister Martín Guzmán will travel to Washington this Sunday to participate from Monday of the Spring Meetings 2022 carried out by the International Monetary Fund and the World Bank.

It will disembark with the inflation data for March fresh, and with the mandate already anticipated by the Director of Strategies of the IMF, Ceyla Pazarbasioglu, who said in an interview to Bloomberg Television that it should be tamed. “Inflation is paralyzing the economy” Argentina and “it needs to be tamed”, were some of the official’s outstanding phrases.

To compensate for the negative weight of the evolution of prices, which accumulated a rise of 16.1% in the first quarter of the year, Guzmán will be able to show that he is doing some of the tasks that were raised in the agreementsuch as rising interest rates.

On Wednesday, after knowing the inflation data, the board of directors of the Central Bank of the Argentine Republic ordered the increase in the Leliq interest rate to 47%, which gives an effective annual rate of 58.7%.

Pazarbasioglu recognized that this increase in rates responds to the requirements specified in the agreement.

Another action in line with the Fund’s orders is the rate hike to reduce subsidies and facilitate the goal of reducing the fiscal deficit. You will also be able to show that you started working on that aspect.

Despite the reluctance of the most Kirchnerist line of government to take an unpopular measure, such as the increase in services, it called for the first days of May (from the 10th) to the public hearings that will result in an increase in gas and electricity.

Use of biometric data

The beneficiaries of the social gas rate will not be reached for the increase this year while for AMBA electricity users with benefit they will be reached by a 6% increase.

While for “the majority of the residential users of Edenor and Edesur excluded who are beneficiaries of the social rate, electricity bills would have an average correction of 17%” and “for the majority of gas users in the country it will be located in 21.5% with slight variations according to the regions.

In this scenario, and with an adverse international context, Minister Guzmán and the President of the Central Bank, Miguel Pesce, will be present at the Spring meeting and will face IMF officials for the first time since the organization approved the agreement with Argentina.

It will also be the advance of the main items that Argentina has to adjust prior to the first review of the body, which will be in mid-May.

The board of the Fund, admitted in the note where it recognized the agreement, that the international situation, as a result of the war, will prompt recalibrations of the agreement. The inflation figure for March pushes to speed up these adjustments.

The spring assembly of the Monetary Fund and the World Bank, on an agenda that will include climate change, the persistence of the pandemic and the global economic effects of the war in Ukraine.

In the preview of the meeting that will begin on Monday, the head of the organization Kristalina Georgieva anticipated that the organization cut global growth prospects for both this year and 2023 and as a result of the impact of the war some 143 countries will see their economies affected this year with low growth, which represents 86% of world GDP.

Already last January the IMF had forecast a first cut in global growth to 4.4% for this year.

Since then, the outlook has deteriorated substantially, largely due to the war and its aftermath.

The agency warned that inflation in the world, financial adjustment and frequent and widespread blockades in China are causing bottlenecks in global supply chains. So the IMF projected a new reduction in global growth for 2022 and 2023.

The stage is completed with a acknowledgment that rising commodity prices it has improved the growth prospects of many oil, natural gas and metals exporters but at the same time they are affected by greater uncertainties, and their profits are far from being enough to compensate for a general world crisis.

At the same time, higher energy and food prices add to inflation.

All this combo of factors will further delay production from reaching pre-pandemic levels.