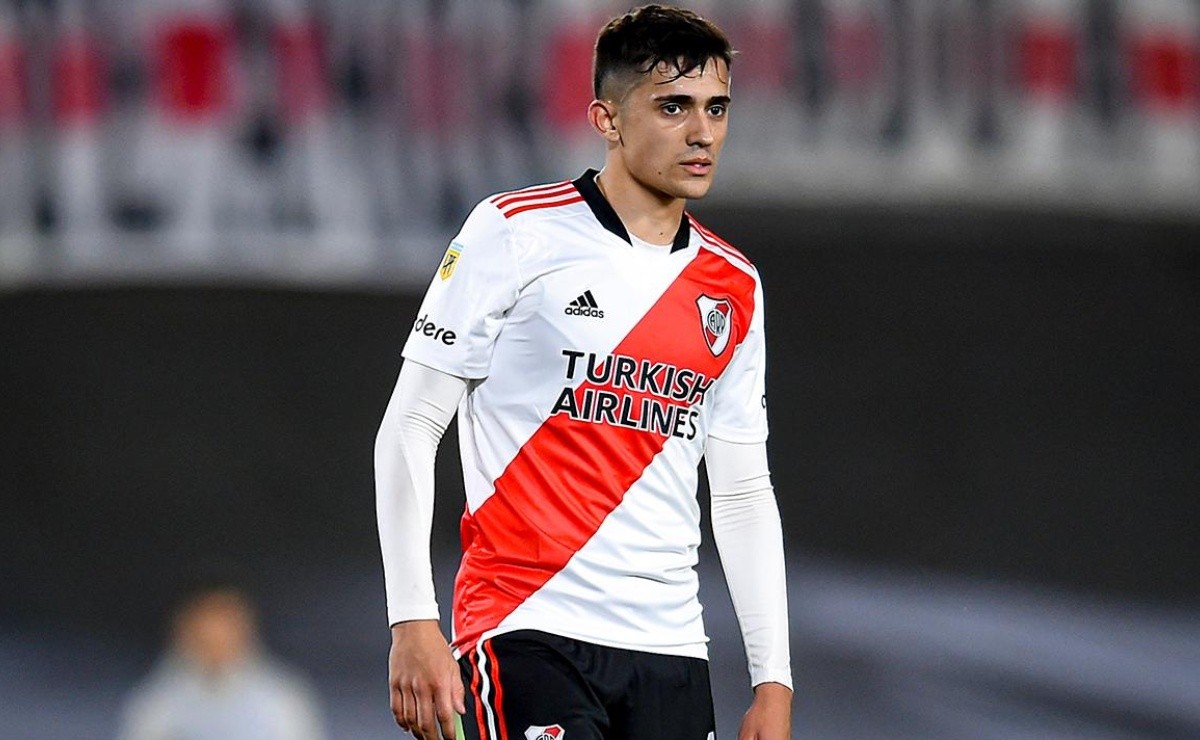 Gustavo Quinteros, technical director of Colo Colo and essential for Pablo Solari, told what his main virtues are and also stated that he is happy for his presence in the Greatest.

Nobody probably knows Pablo César Solari more in the world of football than Gustavo Quinteros. The Argentine DT who directs Colo Colo was the one who, at the age of 19, trusted Solari and asked the leadership to buy him from Talleres. It must be remembered that the Cacique was fighting for relegation when Solari arrived at the club and in fact his goal was the one that kept him in the First Division. The good ones came later and the team improved considerably with the Puntano as one of its figures.

“His appearance in River did not surprise me. Pablo is like that, he is not afraid, he always goes forward, he can end up losing, but he will always insist and at any moment he will make a goal play. I have no doubt that having reached Colo Colo when we were fighting for relegation shaped that character that he has,” Quinteros said in an interview with the newspaper Olé.

Colo Colo’s coach also told what the greatest virtue of the extreme is: “His best virtue is the assistance playing on the right, but he can also play on the left. He scored many goals with us starting with a changed leg and finishing, but in that case you lose a huge assist. Notice that he entered a few minutes and scored four or five goal passes: there he marked that his main characteristic is that. Later, when he is away from the arc, he learned to associate because he did not do that before. He used to stay far away and make individual plays almost in the middle of the court, which wore him out a lot“.

The emotional farewell in Colo Colo

Quinteros highlighted the human part of Solari: “Is a exelent people. Here he was very loved, it was seen in the farewells they gave him when he left. He immediately joined the group, the big ones love him very much because he has no evil, he was always positive, works hard, listens a lot, learns from others, is very receptive and appreciated. I have no doubt that the same thing will happen to River because it adapts to any group“.

The dream of playing in River

“In those days I was anxious. When they informed me that the club had accepted the offer, we began to take care of him and he trained differently. But I really wanted everything to be done. He told me that he was happy on the one hand and sad on the other, because he loves Colo Colo very much. Although passing River was always her dream and she fulfilled it. I remember that at one point he had two offers from Mexico and I told him that I had no doubt that better proposals would come to him. And it happened,” said Quinteros and then added: “He is happy, yes, the one from the club of his loves was the offer he was waiting for. And I’m happy for him because he’s in the place he wants to be: he’s a River fan”.