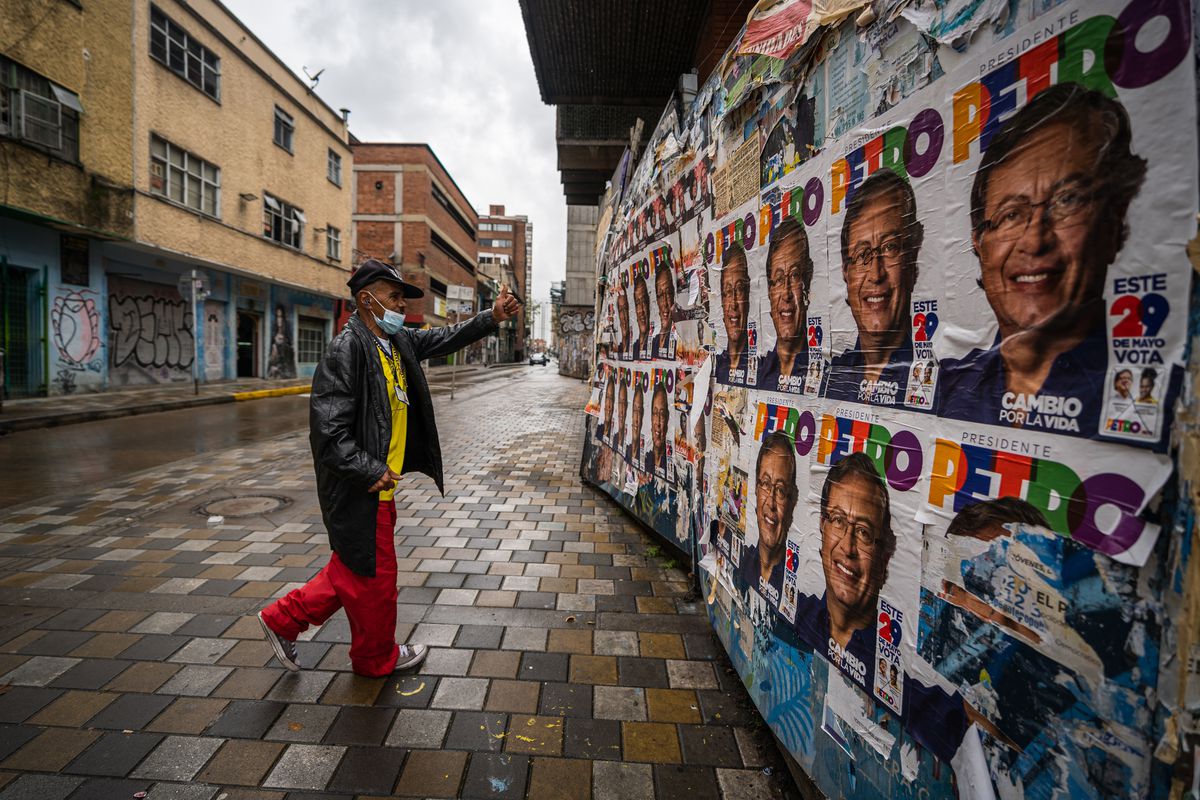 Gustavo Petro has monopolized the word change in the first round of the presidential elections. His critics countered that his was rather a leap into the void for the history of Colombia, where no progressive government has been in charge. However, Sunday’s results have left a new scenario for the second round. Compared to Rodolfo Hernández, a 77-year-old businessman who received the good news of his second place in the kitchen of his house, Petro represents, according to his strategists, a “moderate and sensible” change. A politician never knows what is waiting for him around the corner.

The leftist candidate has added eight and a half million votes, 40% of the total. He estimates that he will need at least a million and a half more to ensure victory in the second ballot. To do this, he will try to steal Hernández’s last-minute voters (the impulsive ones), mobilize the abstentionists and add the largest number of voters from the center who until now looked at him with a certain disdain. The intellectual elites went with Sergio Fajardo, the moderate candidate, and the business elites with Fico Gutiérrez, the one on the right, but both have fallen by the wayside. Affluent minorities no longer put presidents, as was the case in the past, although they can lend a hand. Petro now wants to address them directly because he is convinced that Hernández, a populist who has declared his admiration for Hitler (although he later rectified it), represents a real danger to the country.

It remains to be seen how Petro adjusts to this new role. Until now he has always been the outsider, the one who has walked the edges. He began to be a relevant political figure around the year 2000, when Álvaro Uribe became a true sociocultural phenomenon that swept the polls. Conservatism is here to stay for the next two decades. Petro and those who thought like him became opponents who could run for mayor, like himself in Bogotá, but who could hardly think of the presidency. With the disappearance of the right-wing candidates in these elections, Petro and Hernández have remained, the latter a contradictory option because he is a millionaire builder who declares himself anti-system. Suddenly, the former guerrilla may be the most conservative option, according to his analysts, as he is a career politician who has spent half his life in Congress.

Petro came to believe that he could win in the first round. He lost hope in the last week, seeing himself stagnant at 40% voting intention. He was missing just over 10 points. The sum of votes of Fico and Hernández exceed him, hence a certain feeling that he is now at a disadvantage. With the data in hand, his advisers are not pessimistic. He has been the candidate with the highest number of absolute votes in the first round of history. He made 3.6 million more than in the first round of 2018 and almost 500,000 more than in the second round four years ago. No one who has obtained a similar result has been defeated in the second round, but it is true that these figures were applied when the traditional political parties counted and everything was more predictable. Hernández has entrusted much of his campaign to TikTok.

The strategy of the Petro campaign is to look for the minority from now on. Fajardo got a very low result (4.2%) but together with another unknown candidate like Luis Pérez they add up to 1.2 million devotees. To attract them, his idea is to add profiles such as Alejandro Gaviria, a former university president of great intellectual depth who failed in the primaries of the center, or José Antonio Ocampo, a prestigious economist in whose hands he wants to leave the economic part of the nation. Fajardo himself, of whom Petro has a good opinion, could be another option even to integrate a hypothetical Government. But it seems that the feeling is not mutual and that Fajardo will support Hernández —they flirted before— or abstain, as he did four years ago and paved the way for Iván Duque’s victory. He said that he would go to see the whales after the first round and that expression has become a metaphor for not taking sides.

To overcome the threshold of eight million votes, Petro will have to mobilize an apathetic electorate. On Sunday she only voted 54% of the electoral roll. There is a large part of the population disenchanted by the functioning of democracy and the economic situation of the country. That dissatisfaction took shape in last year’s protests, which paralyzed parts of the country for months. Fico, Duque’s option, was born doomed to failure from the start, not because he was a bad candidate, but because what he represented had lost credibility.

With the traditional options defeated, those that remain on the table represent change. The question is what kind of change. Petro has managed to channel part of that discontent that arose in the protests, but not all of it. If he hadn’t already won in this first round. He is challenged to broaden his voter base, in the center and even among liberals. He did not hesitate to put them in a convenient dichotomy for him the very night of the electoral results: “There are changes that are not changes, they are suicides. What do we want, change or suicide?

subscribe here to the EL PAÍS newsletter on Colombia and receive all the informative keys of the country’s current affairs.