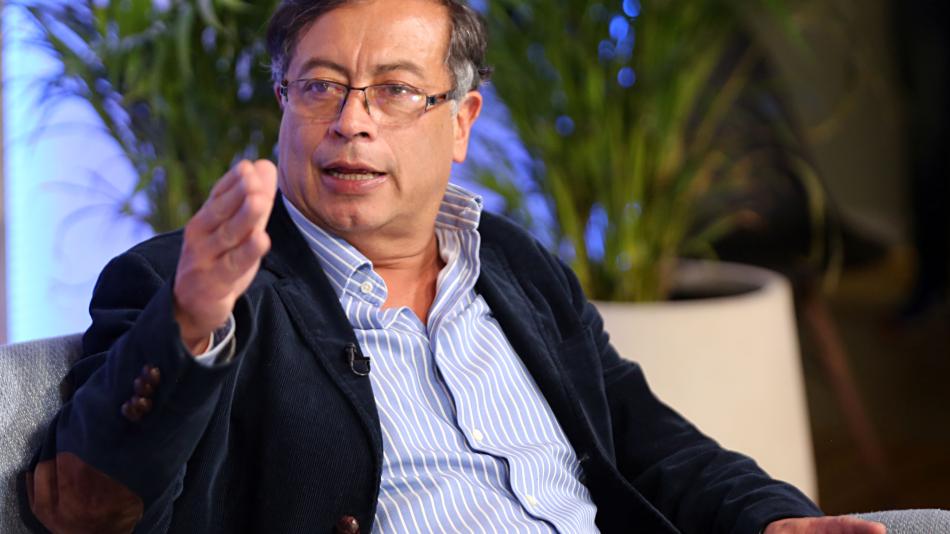 Gustavo Petro: who is the next president of Colombia – Presidency – Elections 2022

Gustavo Petro Urrego was elected as the new president of Colombia for the period 2022-2026 this Sunday, with 50.4 percent of the votes in the second presidential round. In a historic vote, with more than 11.2 million votes, he became the country’s first leftist Head of State.

(See: Results of the second presidential round)

(Read: Francia Márquez: who is the new vice president of Colombia)

After passing through the ranks of the guerrilla and the peace process in the government of Virgilio Barco, he was one of the founders of the M-19 Democratic Alliance, a movement that achieved great popular support and participated in the 1991 Constituent Assembly. With the support of this movement, he reached the Chamber in 1991.

(Read: These are the supports and alliances of power that Gustavo Petro sealed)

In 1994 he was appointed to the Colombian embassy in Belgium as a diplomatic attaché for human rights until 1996. He returned to the country in 1998 and again aspired to the Chamber with the endorsement of the Vía Alterna Movement, founded together with other ex-militants of the AD M-Party. 19.

In that period, he was characterized by his denunciations of corruption and his debates on political control, especially on the armed conflict. Later, between 2006 and 2010, he was a senator of the Republic.

See also  But no miracle cure for Corona

What he achieved during his time in Congress led him to run for the Presidency for the first time in 2010. In those elections, he obtained 1,331,267 supports.

Petro has become the undisputed leader of the left in Colombia, which has not prevented leaders as important as Jorge Enrique Robledo and Antonio Navarro from marking distances with him in recent years.

He was elected mayor of Bogotá in 2011. During that time he was sanctioned with dismissal and disability by the Attorney General’s Office for a problem with the management and handling of garbage, from which he was finally acquitted by a decision of the Council of State.

In recent months, in addition, the Supreme Court, for its part, filed the investigation against Petro for the scandal of the video in which he appeared receiving a bag with cash, since it determined that a possible violation of the law had already prescribed when revealed the fact.

(Read: Gustavo Petro: his message during a visit to the Church on July 20 before voting)

In 2018, he ran for the Presidency and obtained the second largest number of votes in the elections: 4.8 million in the first round and about 8 million in the second, when he was defeated by President Iván Duque.

During his campaign and in debates, Gustavo Petro has defended several controversial proposals. In a possible government of his, he assures, there would be a transition from an extractive oil and coal economy to one based on agricultural productivity and the promotion of crops of 11 main products harvested in the country.

(Also: Gustavo Petro: these are the proposals of the next president of Colombia)

“The first decision I am going to make is to stop contracting oil exploration in Colombia. It is a clear message: we are going towards a productive economy, not an extractivist one”, he told EL TIEMPO in an interview.

To achieve this, the applicant has assured that it is necessary to promote a policy in which tariffs on inputs that stimulate added value in Colombia are removed.

In his government plan, he proposes a structural tax reform with which there would be less taxes for small and medium-sized productive companies that work in agriculture with clean energy.

Another of his proposals is related to education. Petro plans to increase the budgets for this portfolio and for culture and sports. According to him, these three areas should work together.

Regarding security, Petro has assured that “crime should be looked at in a multidimensional way”, that is, according to what he affirms, he would implement policies that promote social inclusion.

During his campaign, one of the most controversial issues was the use, by the State, of part of the money saved by Colombians in private pension funds.