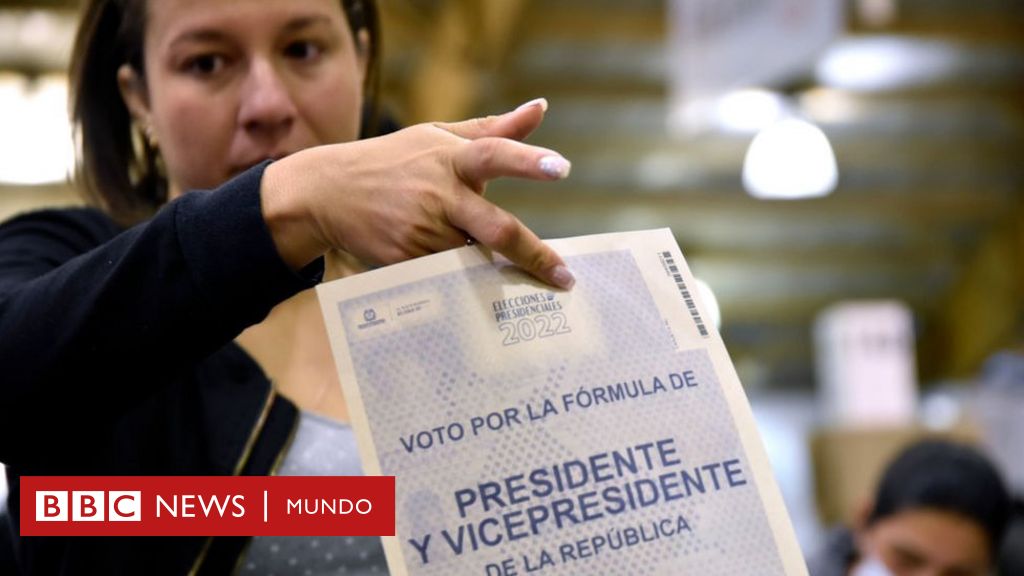 Gustavo Petro vs. Rodolfo Hernández: 3 controversies that have clouded the election of the new president of Colombia in the last days of the campaign

This Sunday, Colombians will choose between Gustavo Petro and Rodolfo Hernández the person who will replace Iván Duque as president of Colombia from next August 7.

The first round of the presidential elections, held on May 29, delivered a surprising result: the majority of Colombians gave their vote to two figures outside the traditional Colombian political spectrum, which was interpreted as a search for a change of political course.

On the one hand, they elected the left-wing candidate Petro, former mayor of Bogotá and with a past related to the subversive group M-19 (which was involved in the fateful seizure of the Palace of Justice in 1985), who promotes a new economic model for the country.

And on the other, Hernández, construction businessman and former mayor of Bucaramangawho won his candidacy without much support from traditional political groups, but has captured the votes of the right and has campaigned openly to end corruption, although he himself has been formally accused of it.

In fact, on July 21, he faces a trial for allegedly having intervened from his previous position in the award of a contract for the treatment of garbage management – which, if signed, would have benefited his son Luis Carlos Hernández, who would receive a millionaire commission—something he denies.

The dispute between these two profiles, unusual in a second electoral round in Colombia and with a virtual tie in almost all the polls published in recent weeks, has rarefied the electoral environment.

At BBC Mundo we tell you three controversies that have caused a stir in Colombia ahead of the final vote.

A few days after the first presidential round, a video was released, lasting no more than two minutes, in which the senator and Gustavo Petro’s head of debate, Roy Barreras, revealed how he had managed to destabilize, with questionable methods, the campaigns of other rivals for the presidency.

In the video, Barreras pointed out that he had managed to “dynamit” the call Coalition of Hopewhere several leaders who tried to represent the center of the Colombian political spectrum had united behind a single candidate, the former mayor of Medellín Sergio Fajardo.

The most striking thing about the video, beyond what Barreras says, is that in the images Petro can be seen listening, without saying anything, to the exposition of his debate chief.

However, it was not the only leaked video. The magazine Semana made a major revelation: several hours of recording where Barreras is seen again – but this time together with other close collaborators – confessing the strategies used not only against Fajardo, but also against Federico Gutiérrez, who signed up as an independent but represented a large part of Uribismo.

The main strategy was based on discrediting the other campaigns. On several occasions he uses the term “burst” or “split”.

It also reveals a kind of “grey plan” or “plan B”, in which the objective was the disclosure of “fake news” and memes on social networks to discredit the other candidates.

Both Fajardo and Gutiérrez fell short of the votes to make it to the second round.

And the revelations of those now called “petrovideos“They have strongly hit the campaign of the left-wing candidate, so much so that Barreras announced that he was going to isolate himself to avoid causing more damage to Petro’s image.

For the Colombian journalist Maria Jimena Duzan the revelation could cost Petro the presidency.

“The left-wing candidate Gustavo Petro may lose the elections because his enemies, who have them and big ones, infiltrated his war room and exposed all his shame,” he wrote in the newspaper El País.

“In the videos there is nothing illegal, but they expose the worst face of politics, the one that promotes petty strategies and tactics to finish off the opponent.”

The media outlets that have published the videos, especially the magazine Semana, have been singled out for edit and filter them at your convenience to harm Petro and favor Hernández.

A few hours after the National Registry announced which were the two candidates who would go to the second round, the engineer Rodolfo Hernández reported that he would not attend any debate with his opponent Gustavo Petro.

“The way in which El Ingeniero is going to make the call for the unity of the country, through his proposal for change, will be through interviews with the different communications media and live broadcasts made on his social networks,” he pointed.

The decision was heavily criticized by different sectors of society. Especially by a group of six progressive political leaders who asked the National Electoral Council that will force the candidate to sit down at the debate table.

“Hernandez’s decision violates the guarantees we have as citizens to choose to inform,” said Congresswoman Angela Maria Robledo, one of the applicants.

Although it can be seen as a surprise decision, it was not unusual in the Colombian political context. Even during this campaign Gustavo Petro had refused to participate in various television debates, arguing that it would focus on direct messages in the public square.

However, Petro himself had asked to hold a definitive debate with Hernández ahead of the second round.

And this Tuesday, the Superior Court of Bogotá ordered the two candidates to attend a televised debate during the 48 hours following the publication of the ruling.

Although there is no law that requires candidates to participate in television or radio debates, the court ruled in favor of a tutelage that required the right of people to vote properly informed.

Both candidates agreed to take part in the debate, but Hernández announced a series of conditions, among them that it be carried out in Bucaramanga, a city of which he was mayor.

Petro accepted the conditions of his rival.

This Thursday, steps are being taken to have the RCTV public media organize the debate.

3. “There will be a social explosion”

This Wednesday it was announced that the National Police had captured 25 people related to the self-styled “First Line”.

This is how the members of the most active organizations are known in the social outbreak that occurred in Colombia in April 2021, in which millions of people took to the streets to protest against the economic measures taken by the government of Iván Duque. They were the ones who formed the first line of shock in case of confrontations with the police.

Several of them were killed by unknown assailants or lost eyes and died in clashes with riot police. And since then, dozens of Frontline members have been charged with hooliganism and violent crimes.

According to the authorities, the arrests were made in the cities of Cali -where the greatest mobilization took place during the protests- and Bucaramanga, where candidate Hernández is from.

According to the National Police, the operations were carried out with the aim of preventing criminal actions. before, during and after the election day this Sunday.

And several media indicate that the decision of the security authorities has to do with the statements of Sofía Petro, one of the daughters of the left-wing candidate, who had stated that if her father was not elected there would be a new social outburst.

“We are finding out who Rodolfo Hernández really is and we cannot let him be president. I believe, in my opinion, that if this were to be the case, it could generate a much worse social explosion than last year”he told Spain’s El País newspaper.

However, both Sofia and her father came out to clarify these statements, pointing out that the statement had been taken out of context.

“On the day of the elections, on our part, there will be maximum tranquility. The brutal attack unleashed against my daughter Sofía has, deep down, a reason: they will never see her signing a receipt for a bribe for public contracts in a notary’s office, nor will they see her enriching herself with the government actions,” the candidate clarified.