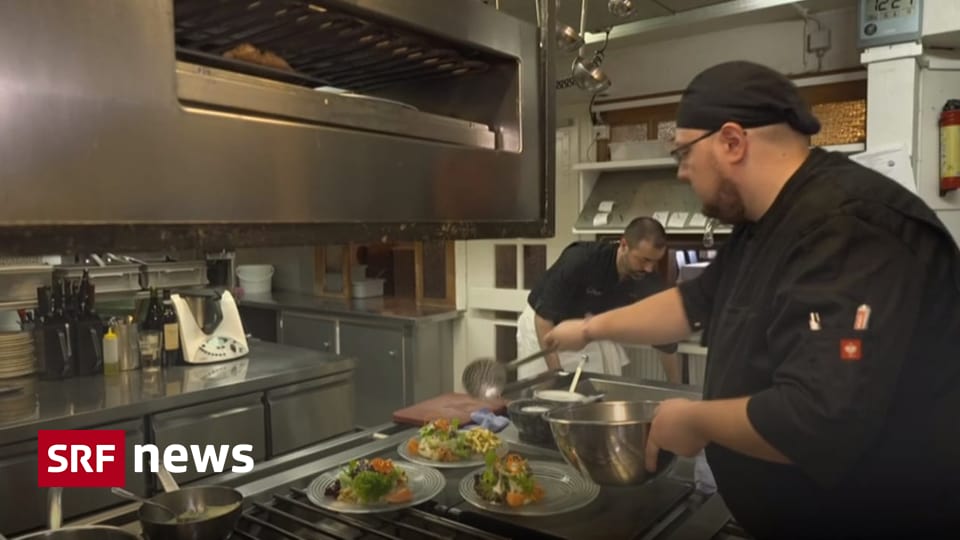 According to a new study, more and more SMEs are also in favor of the four-day week. What accounts for their popularity?

The gastronomy lacks the staff, thousands of jobs are vacant. The guests would be there, but the restaurants cannot offer the full range. Countless skilled workers are also currently lacking in other sectors. As a measure against the shortage of skilled workers, a four-day week is being introduced in various countries.

With reduced working hours: When it comes to the four-day week, there are two different approaches. First, there is the approach that certain countries like Iceland have taken. The Nordic country has introduced a four-day week, people work fewer hours than before with the same wages.

Without reduced working hours: With the other approach, people work about the same amount as with the five-day week. The advantage for the employees is that the hours are spread over just four days, increasing the number of days off.

A new study by AXA shows that the four-day week is also becoming increasingly popular with Swiss SMEs. 10 percent of SMEs would strongly agree to the introduction of a four-day week, 28 percent would tend to agree. Overall, 38 percent of the SMEs surveyed are positive about a four-day week, and the figure is even 43 percent for the large ones. 236 SMEs were surveyed.

One company that has already implemented the four-day week is the Hotel Hirschen in Langnau. The team works 10.5 hours a day. The working week here lasts only 4 days. The model is well received. “For me, it’s divided up so that I have Sunday and Monday off. One day a week is also off work, so I look after the child. It suits me that way,” says chef Nuno Vaz.

See also  They connect Segob and GN with huachicol

The same working hours spread over one day less: For the trained chef and managing director Kevin Weyermann, the four-day week has always been a dream model. “We wanted to make our company more attractive to employees. Together we then came up with the four-day week.”

Although you now have to work 10.5 hours a day, the job seems more attractive. «We were looking for a position that we could quickly fill with a very good specialist.» The four-day week without a reduction in working hours at the hotel is working because the so-called room hour in the afternoon has recently been eliminated. 3 hours that can be used for preparatory work and was otherwise often wasted time, as Vaz explains.

That’s what the union says

Unia is the largest trade union in Switzerland. Elias Bieri is technical secretary for political principles and is responsible for the dossier on working time reduction. “We asked our members at the hospitality industry conference, and there was a clear response to four-day models that do not provide for a reduction in working hours, saying that this is not desirable. That the long working days are far too stressful and that there are other priorities where working conditions in the hospitality industry could be improved.”

Johann Weichbrodt is skeptical about the working model. The organizational psychologist has been researching flexible working models for 10 years. “On the one hand, it is known from many studies that from the 9th hour of work per day, errors become more frequent and more accidents are produced.” He sees a second problem with the question of compatibility: “Such a model only works if someone else does the work at home. Most of the time it is the woman who catches everything at home. My fear would be that the classic distribution of roles would be cemented with this model. »

The 25hours hotel in Zurich has also introduced the four-day week, but with shorter working hours. Half of the 160 employees are already working in the new model. “Previously, you theoretically worked 42 hours a week, now we work 37.5,” explains senior bartender Julian Ritter.

“Each company should decide for itself”

What does the employers’ association say about a four-day week? On the occasion of the “Employer Day” in Bern, President Valentin Vogt commented on this. “It is up to the companies to decide whether to introduce a four-day week. There is no legal basis for that. But there are various aspects to consider: Is the model crisis-resistant? The company must also be able to afford this step. There would be wage increases of 20 percent, which many companies cannot afford. In many occupations, such as engine drivers, i.e. occupations with presence time, the fifth day must be filled. It’s difficult to find these people.”

The staff is happy, and the hotel manager is also paying off, although the staff costs are now higher. The four-day week in the hotel chain was born out of necessity, out of staff shortages. “We can’t sell all the rooms, we’re losing sales. We have to become more attractive as an employer, which is why we chose the 4-day week.”

The industry association Gastrosuisse recommends that its companies examine new working time models. But there is no patent solution. In any case, the four-day-week model seems to have proven itself at the Landgasthof Hirschen.

See also  Customs tug-of-war: the real siege on Cuban families is born in the Palace of the Revolution