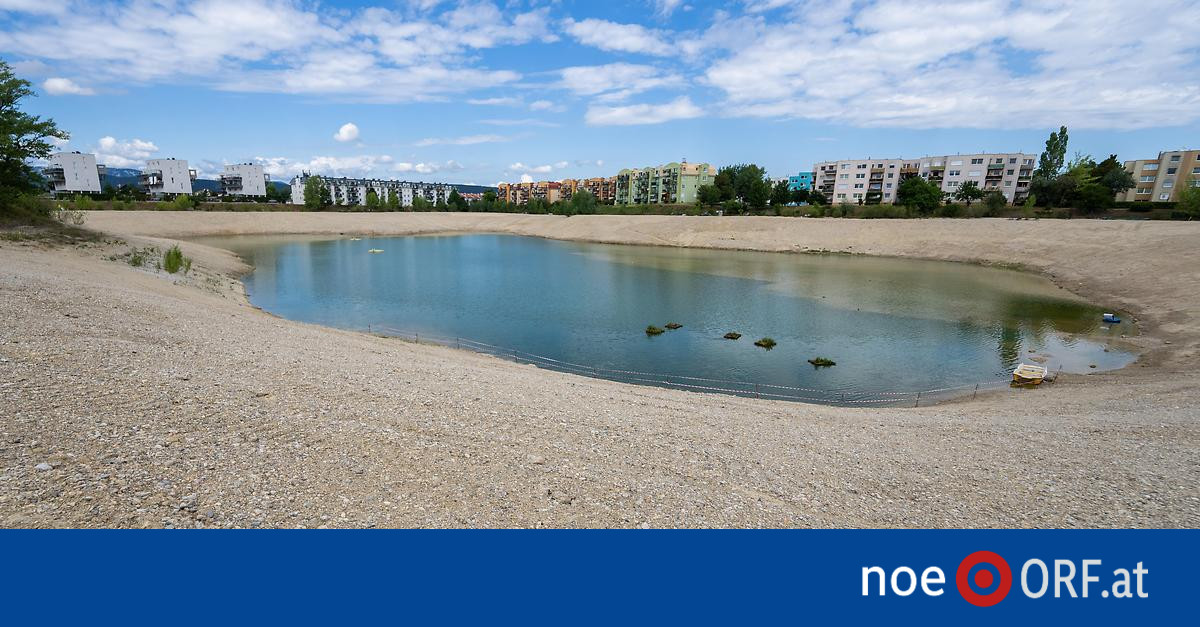 In the southern Vienna basin, the groundwater is currently lower than ever. More and more rivers and streams are drying up, house wells have to be looked up. The prognosis for the future is also not promising.

The little rainfall in recent years is to blame for the historic low level of groundwater, explained Günther Konheisner, deputy head of water management in Lower Austria. Due to the low snow cover, there was no water even in spring, when the snow melts and seeps into the ground.

The groundwater in the southern Vienna basin is lower than ever, rivers and streams, such as in the Helenental (Baden district), are increasingly drying up. In the past few days it has also rained in the south, but only about five millimeters a day – that’s good for the forests and meadows, but it’s far too little to raise the groundwater level. With this amount of rain, the water doesn’t seep that far into the ground.

There have recently been problems with domestic wells in southern Lower Austria, for example in the Wiener Neustadt district. They dried up and had to be looked up. The state is talking about individual cases in this regard. In any case, the drinking water supply is secured.

According to Konheisner, the municipalities are recommended to rely on a second mainstay for the water supply. Suggestions are, for example, to build more wells or to better network the national water supply. In any case, the forecasts for the future do not give hope. Experts predict ten percent less groundwater formation in eastern Lower Austria by 2050.

The dried up springs in Bad Fischau (Wiener Neustadt district) made headlines on Monday. As a result, one of two pools can no longer be filled with water. The little rain is not a problem for other spas, which draw the water from deep and large springs. A geological report is now to clarify why Bad Fischau is suffering from a lack of water and where the water normally comes from.

Despite the reduced offer, the pool is still very well attended, and very few guests recognize the seriousness of the situation, criticized Mayor Reinhard Knobloch (ÖVP): “I’m a little shocked that man is changing nature in such a way that such dramatic effects are taking place in our immediate quality of life.”