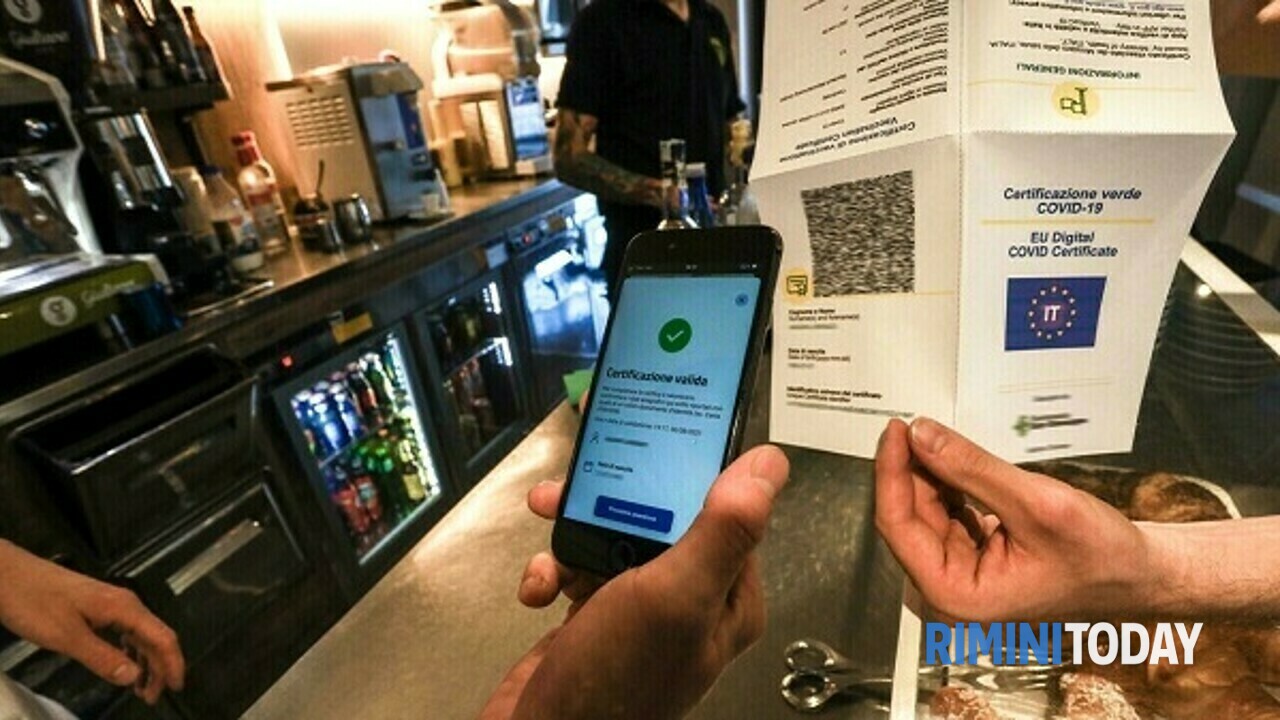 Green pass also for public offices, post offices and banks. It won’t be used for the supermarket

In just over 15 days, from 1 February 2022, the simple Green Pass (therefore the one with the negative result of a swab) will also be needed to enter public offices, post offices, banks and shops. But – of course – there will always be a long series of activities for which no certificate will be required. Yeah, but what will they be? For now it is not clear. There are some fixed points. You will not need a Green Pass to shop at the supermarket, go to the pharmacy, to the general practitioner or to the vet, never. But for everything else?

A new Dpcm is coming, probably next week: the government is working on it. The decree is not a bolt from the blue: the Covid decree launched by the government on January 5 expressly provides for it with new measures to combat the pandemic (the same that introduced the vaccination obligation for over 50s). That decree has set some fixed points, but that is not enough: it establishes without a shadow of a doubt that until March 31, access to the ” services to the person “(from January 20) and” to public offices, postal, banking and financial services, commercial activities “(from February 1) with the exclusion of” those necessary to ensure the fulfillment of essential and primary needs of the person ” .

The last sentence is the most critical. What are the arrivals, therefore the shops necessary to ensure the satisfaction of essential and primary needs? The ground is likely to be slippery. According to what transpires, unlike in the past, one should not proceed according to the Ateco codes (Il Sole 24 Ore writes). Instead, we will try “to protect the needs for areas: nutrition (supermarkets and food), health (pharmacies, hospitals, GP’s), justice and public safety (it will be possible to make a complaint if you are a victim of crime without having to show the green certification) “.

The debate and confrontation between ministries and various offices is wide open. Yes, there is a draft: the Ministry of Economic Development would have asked to add additional activities to those that will remain open for everyone, vaccinated or not, with and without the Green Pass: tobacconists, newsstands, bookstores and toy shops. We need mediation, yet another. According to the press, the derogation will concern three sectors, Ateco codes or not: that of food, health and justice needs. You will enter food shops, supermarkets, newsstands and tobacconists without a swab. For “urgent and non-deferrable health needs” it will also be possible to enter hospitals, clinics, pharmacies and dental offices. In the courthouses the only exempted will be “witnesses and parties to the trial”, therefore accused and victims of crimes. Without the Green Pass you can go and file a report at the police station or at a police station. All this without prejudice to the obligation of vaccination for those over 50. From a hairdresser, barber and beautician, on the other hand, you only enter if you have at least a negative swab.

Swabs in the parapharmacy? Nothing will be done about it

On the Green Pass, the majority that supports the Draghi government was defeated in the Senate, where the decree that provides for enhanced certification, among other things, is under discussion: in the Constitutional Affairs Commission an amendment proposed by Gianluca Castaldi (M5S ) and which had received the positive opinion of the government and the supervisor of the provision (Nazario Pagano, Forza Italia) was rejected with 13 votes against and 11 in favor. He was wondering something apparently common sense, which is to allow parapharmacies to carry out rapid anti-Covid molecular and antigenic tests. The entire center-right took sides against the change, with the decisive support of Italia viva. “The rejection of that amendment is all to the detriment of the needs and requirements of citizens, as well as the credibility of politics: in a phase like this one should be part of the solution and not of the problems. For the Movement it does not end here” assures Giuseppe With you. We have already written in the past about the mess of tampons banned in parapharmacy, an all-Italian dynamic. “A shameless lobbying. Pharmacists who have a degree like the others cannot swab while people are in the queue. And then they talk about liberalization”, tweeted Pier Luigi Bersani.

Away the asymptomatics from the case count?

With 200,000 cases a day, tracing has skipped everywhere. The Regions prepare a letter for the ministry and the Higher Institute of Health asking for some measures to be changed. That is, to consider only the symptomatic cases, to remove the end-of-quarantine pad for those who have no symptoms and to review the rules for elementary schools.

The regional health councilors would therefore aim to change the definition of the case, which should be aligned with the positions taken by the ECDC, the European Center for Disease Control: it must be formalized when there is a positive swab but also symptoms or however signs compatible with Covid. “If the idea of ​​the Regions passes – writes Repubblica – the cases of the daily count would be only those of symptomatic people, who today represent a minority, about 30% of the positives. Thanks to the vaccine, in fact, the number of those with which the infection does not give any problem. It would be a different change from that proposed by those who would like to eliminate the daily case report, if anything, limiting it to a weekly account “.

The Regions will also ask to stop connecting as a Covid case those who are hospitalized for another disease and then discover that they are positive thanks to the controls of the departments. If these patients are not counted for the thresholds that lead to color changes, the orange and red zone would move away for the whole of Italy. We’ll see.