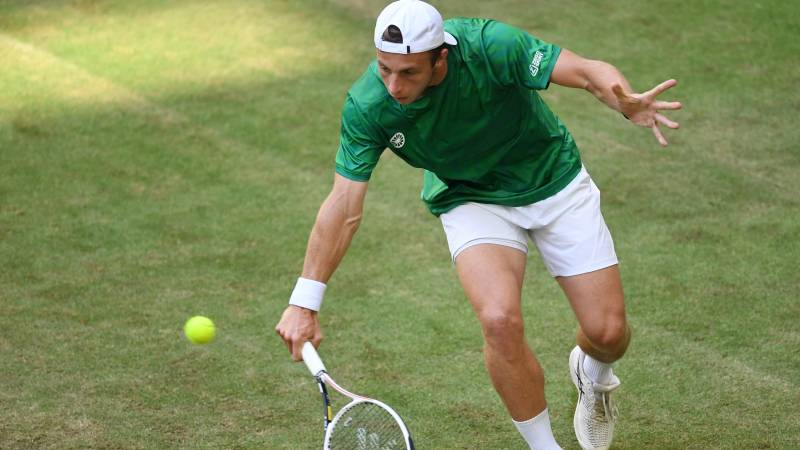 Tallon Greek track has made it to the eighth finals at the grass tournament in Mallorca. The Dutchman defeated Spaniard Feliciano López in straight sets, both of which were decided with a tiebreak: 7-6 (3), 7-6 (3).

The 40-year-old grass specialist, who won four of his seven titles on grass but is now number 214 in the world, was the better player in the first set and was the only one to get a breaking point. But Greek track got rid of that and immediately struck in the tiebreak with a beautiful return. Greek Rail did not give that advantage away anymore.

Both players missed two break points in the second set, which was also tied. In the tiebreak of the second set, Greek track did place a mini-break and that turned out to be enough for the win.

At Lopez, frustrations mounted as the loss drew closer. After an unnecessary error, which made Greek track 5-3, the Spaniard hit the net with his racket. Greek track came on match point with an ace and on the decisive point López hit the net.

“It’s a tough race to start here in Mallorca,” said Greek track. The number 54 in the world afterwards praised his opponent and the career López has had on grass. López reached the quarterfinals at Wimbledon three times and was once the number 12 in the world.

Greek Rail feels comfortable on the Spanish island. “It feels like a home tournament, one of my coaches lives here.” Alex Molcan from Slovakia awaits in the eighth final on Wednesday. Botic van de Zandschulp is also on Mallorca. The Dutch number 26 in the world will play against Marcos Giron from the United States on Tuesday.