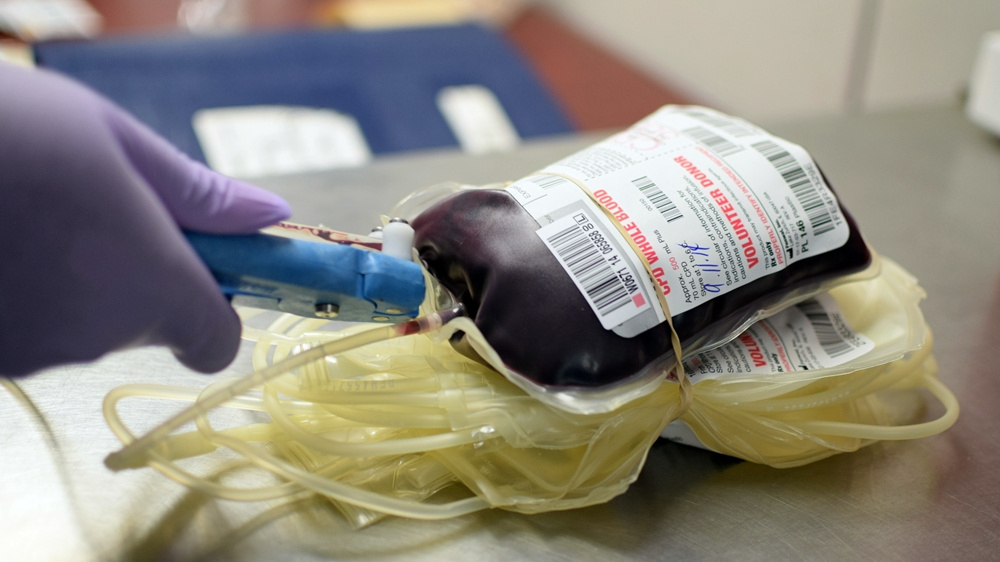 Grandstand. Thalassemia in Morocco, between a curative treatment at 100,000 dirhams and a preventive cost at 500 dirhams

If the standard therapeutic management of thalassemia is very heavy, namely blood transfusions every month throughout life with daily medication, prevention, meanwhile, is accessible to all budgets by a simple blood test. not exceeding 500 dirhams: electrophoresis of hemoglobin, informs, exclaiming, Professor Mohammed Khattab, president of the Federation of Moroccan Associations of Thalassemia and Sickle Cell Disease, on the occasion of the World Day of Thalassemia, celebrated by the international community every May 8.

The body of a patient suffering from thalassemia, in particular his bone marrow, is unable to manufacture normal red blood cells, hence the need for monthly blood transfusions, like a vehicle that constantly needs fuel to run. , says Professor Khattab, former head of the pediatric oncology hematology department of the CHU Ibn Sina in Rabat.

First of all, it is important to specify, warns Professor Khattab, that thalassemia is not a contagious disease. It is a hereditary disease, transmitted by parents, in good health, but carriers of a genetic anomaly.

They can have a sick child, once in 4, with each pregnancy. Unfortunately, due to the lack of screening, it is only when a child with thalassemia is born that the parents realize that they were healthy carriers.

In the less serious forms, thalassemia appears with the same symptoms, after the age of 2 years, and always before the age of 10 years.

For this specialist in children’s blood diseases, on a medical and biological level, there is no difficulty in diagnosing this pathology.

The two key exams are available everywhere in Morocco and are not expensive. These are the NFS (Complete Blood Count) which shows significant anemia, and the Hemoglobin Electrophoresis on High Performance Liquid Chromatography, which confirms the diagnosis (HPLC).

Morocco would have about 10,000 people suffering from thalassemia. And the “Ministry of Health opted to host the 1is national thalassemia registry within its epidemiology department. But alas, this project did not take shape, because the Ministry of Health did not give any real follow-up to this register, despite its final design in 2014, by a scientific commission very competent in the matter”, notes with bitterness Professor Mohammed khattab, who was at that time a member of the scientific committee of this register.

Moreover, specifies this specialist in infantile hematology, since the patient produces abnormal red blood cells which are subsequently destroyed by the spleen, he becomes increasingly anemic and risks dying in his early childhood.

Fortunately, there is a solution, says Professor Khattab: blood transfusion. It is necessary to transfuse the patient every month and throughout life.

However, these transfusions have a significant side effect: iron overload, because the iron provided by repeated transfusions is not eliminated by natural means.

This overload ends up causing death, if it is not prevented in time and combated by chelating drugs (destroying iron) to be taken every day, also for life.

It is obvious that biological assessments, imaging and exploration of the various organs must be programmed. The hope of any thalassemia patient is to be cured once and for all of this often fatal disease by the age of 20.

This requires replacing his bone marrow, unable to manufacture the beta chains of hemoglobin, with normal bone marrow. This transplant should preferably be that of a brother or sister of the patient who is HLA compatible, a form of cellular compatibility to avoid rejection by the body of the bone marrow transplant.

This technique, called allograft hematopoietic stem cells, has demonstrated its effectiveness in Europe for more than 40 years. In Morocco, transplantation in thalassemia is still timid. And its cost varies between 700,000 and 1,000,000 DH.

This is obviously very costly for families and for social welfare organizations. However, it is a disease that can be eradicated and therefore save money, says Professor Khattab.

This prevention has been successful in several countries throughout the Mediterranean. Even Palestine, in permanent conflict, was able to eradicate this disease.
There are no more births of thalassemia children in these countries, explains Professor Mohammed Khattab.

How then to eradicate it in Morocco? Since thalassemia is transmitted by healthy parents who carry the potentially transmissible genetic anomaly to their children, it is sufficient to perform CBC and hemoglobin electrophoresis on one or both parents ( cost: from 300 to 500 dirhams).

If both parents are healthy carriers, it suffices to warn them, namely that they will have one in four times the risk of having a child with thalassemia in its major form, with each pregnancy in the event of marriage.

If there is a marriage and the birth of a sick child, the dramatic scenario is clear. It is therefore necessary to plan a marriage between a man and a woman who do not carry the gene. This is a policy that has been implemented in several countries around the world, which have eradicated thalassemia.

It is obvious that a clear and complete sensitization of the population is an essential prerequisite for screening for this hereditary hemoglobin disease.

It is incomprehensible that today, Morocco has not yet started raising awareness and screening for a disease as rare as thalassemia. Because the socio-economic benefits would be inestimable on all levels, says Professor Khattab, in a desire to alert public opinion.

*Dr Anwar Cherkaoui is a doctor. Winner of the higher cycle of Iscae, he was, for thirty years, the head of medical communication at the CHU Ibn Sina in Rabat.