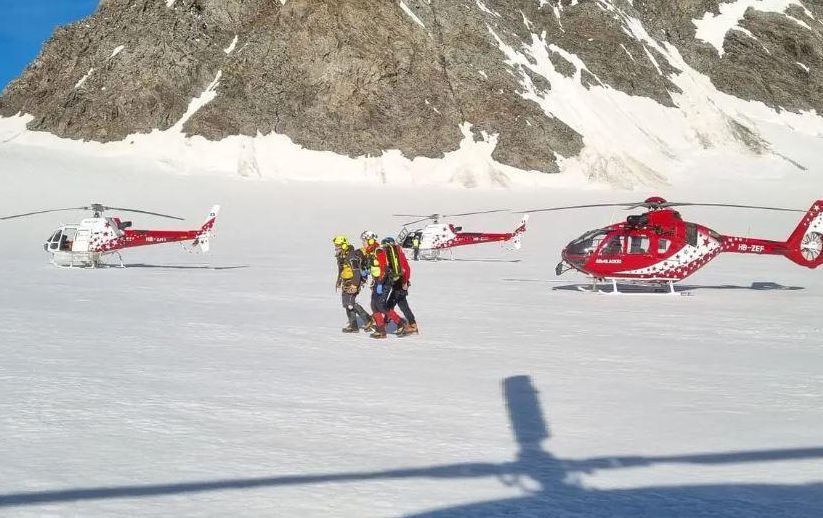 Grand Combin: “The climbers who had an accident were just terribly unlucky”

On Friday morning there was an ice fall in Valais, killing two and injuring nine. Such an accident can affect even the most experienced mountaineer, says mountain guide Samuel Schupbach.

When ice breaks off, Friday morning is at 6:20 a.m several climbers had an accident on the Grand Combin: A French woman (40) and a Spaniard (65) died at the scene of the accident, nine people were injured. “This icefall was simply terrible bad luck and misfortune for the mountaineers,” says Samuel Schupbach, mountain guide and secretary of the Valais mountain guide association. The conditions in the southern Alps are phenomenal at the moment: “I climbed the summit of the Jungfrau this morning: the conditions in the early morning were great, the ice was stable.”

As you can see from the case of Grand Combin, there is always a certain residual risk as soon as you go into the mountains, says Schupbach: “Such icefalls usually only happen in the late afternoon when the snow has warmed up from the sun. They are part of the mountains in spring: In glacier regions, the ice that has accumulated on the steep slopes eventually breaks away.” When the chunks of ice thunder down, you can hear it for miles. “It is very rare for such a large amount of ice to break down on the Grand Combin in the early morning as it did today.”

“There is no guarantee that everyone will come down unscathed”

Schupbach assumes that the mountaineers who died did not want to take any unnecessary risks and therefore left early: “But not even the most experienced mountaineer can plan every route with 100% certainty.” As a mountain guide, Schupbach also offers tours himself. He always makes his guests aware that he cannot give them a final promise that everyone will come down from the mountain unscathed – this is also written in the terms and conditions: “Every accident that happens in the mountains is incredibly sad. But it’s like driving a car: Of course you try everything to avoid accidents, but there’s just no guarantee.”

Schupbach will set off again tomorrow morning from the Jungfrau summit on his next high-alpine tour to the Mönch. Will he leave with other thoughts because of the Grand Combin accident? “No, I have already planned my route well and will stick to it.” For many it is difficult to understand this, according to the mountain guide: “The mountains are our passion, our passion. The freedom that mountaineering gives you is incomparable: it is an adventure that you cannot do without and that outweighs the risks.»