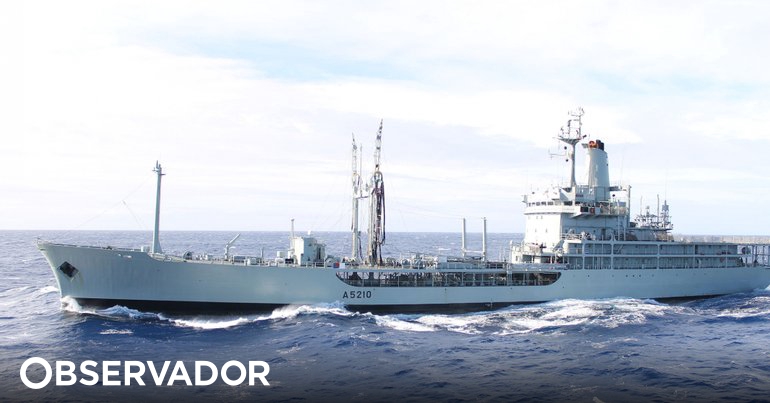 Gouveia e Melo wants to recover the Bérrio refueling vessel, ordered to be scrapped in 2020 by its predecessor – Observer

One of the first orders of Admiral Henrique Gouveia e Melo, who this Monday took office as the new Chief of Staff of the Navy (CEMA), concerns the Bérrio, the refueling vessel that in January 2020 was ordered to be shot down by its predecessor in office, Admiral Mendes Calado, thanks to serious structural problems.

The new CEMA, the Diário de Notícias advances this Thursday, citing a Navy source, wants to reassess the conditions of the ship, the only refueler of the Portuguese Navy, to see whether its reactivation is feasible or not — the purchase of a new one. is provided for in the Military Programming Law for 2027.

When the news about the Bérrio’s demolition became public, former CEMA Admiral Melo Gomes spoke of “catastrophe” and “repeatedly announced disaster” and explained that the extinction of the ship, at the time in activity for 50 years, “inhibits the Navy to project power to distances beyond our waters”. “Missions like the one in 1998 to rescue 1,200 people from Guinea Bissau or the emergency operation in Ilha das Flores are no longer possible,” he exemplified.

In a first phase, in 2019, the Navy even announced a “deep maintenance action” on the Berrio, to try to prolong the life of the ship, purchased in 1993 from the British Royal Navy, already with 23 years of service, for another decade . Then, explained at the time a spokesman for the then CEMA to the same newspaper, it was realized that “the need for intervention was much higher than initially planned, so it would be much more extensive and costly”, so the option chosen was slaughter .

The new revaluation of Bérrio, now ordered by Admiral Gouveia e Melo, will be ensured by the sector in the field of material in the Navy.