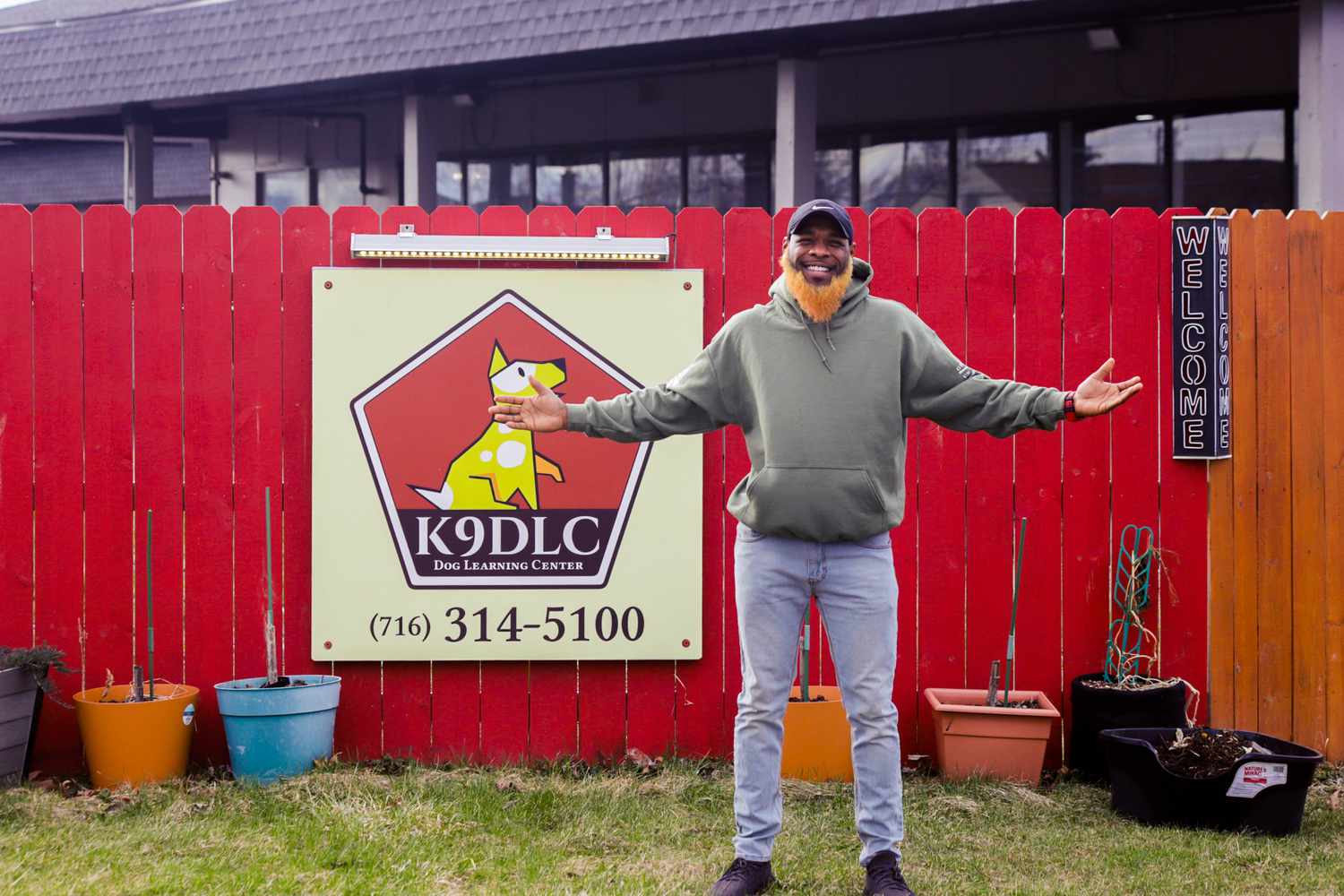 Got Dog Poop? Let This Vermicomposting Success Story Inspire You

Overwhelmed by dog waste, this business owner turned to vermiculture.

Myles Stubblefield was a self-described “dirty kid” growing up in Buffalo, New York. “I had my hands in every dirt pile,” he tells Treehugger. “I played with worms every time we went fishing, and any time we went to a picnic, it was assumed I’d come home with empty cans of salamanders and crawdads to observe.”

So when he began his dog training and boarding business more than a decade ago, the stinkiest part of it didn’t bother him … at first. After years of picking up after his clients, he feels differently. “I’d do anything not to carry that large plastic bag of poop,” Stubblefield says. “Those bags do not decompose, so they end up producing a lot of greenhouse gases.”

Stubblefield had a poop problem with no green solution in sight.

“I strive to be zero waste but it became a backup issue,” he explains. It’s no wonder; he currently has seven resident dogs, one pot-bellied pig, and around 18 to 20 dogs that come daily for his training classes at K9 Vision, Inc. “It’s a lot of poop!” he adds.

After some internet sleuthing, Stubblefield decided vermiculture might be just the thing to handle his ever-growing feces problem. He began with just 1,000 worms, purchased online. Today, he’s up to one million.

“I’m now going on my fourth year of messing with worms and poop,” he says. It’s safe to say that as the owner and visionary of Buffalo Worm Workshe could soon be crowned the Worm King of Western New York.

“I’ve always had this draw to just watch nature at work,” Stubblefield says. “That’s something composting has taught me—we can only be so much a part of nature, being the apex predator and all. But at the end of the day, there’s something to be said about sitting back and just observing.”

“It’s a super challenging project,” he admits. “I’m still running multiple businesses at once, but I’ve learned how to give both these babies room to grow.”

Unfortunately for local dog owners, he will not be accepting any donations at this time. Since the Army veteran’s radio appearance on NPR’s “Wait Wait…Don’t Tell Me!” quiz show, he’s had a few calls from people asking if they can drop off their own dog’s, well, droppings. “The answer is absolutely not,” he says laughing. “I’ve got enough. I’ve got a mountain of it myself. But I’m so excited that I can make a model to share with these people so they can take care of their own dog waste.”

Besides being a behavioral specialist for at-risk dogs and worm father to all, Stubblefield also sells his “Super Soil” fertilizer, made out of worm castings. “All of our commercial products are made from local restaurant food scraps,” he explains. “We do test our [dog] compost and it comes back without any viral loads, however, we only use that compost on grasslands, shrubs, and trees. It’s just an in-house project for us.” He does offer bulk orders and has received growing interest from cannabis and produce growers in the area.

Stubblefield isn’t content just rescuing dogs and creating healthy soil, though. “I think there’s a very clutch opportunity for myself and the worms to be part of the growing sustainability culture amongst businesses, municipalities, schools, hospitals, and the entire hospitality industry,” he says.

He’s well on his way with a contract at the nearby Buffalo Bills stadium with Delaware North, a hospitality management & food service company. “That’s one of the great parts about working with a responsible corporate citizen; they pre-sort and we pick up and compost the organic waste for the stadium,” he explains.

He also teaches classes and workshops about the “power of worms” around town. “My goal is to be a valued advisor when it comes to waste diversion and simple home composting,” Stubblefield states.

His advice for those interested in beginning vermicomposting? “Go get worms! It’s not so much about the practice, it’s about the principles. With that pound of worms, you could maintain a single-family household compost system,” he says.

You can purchase his “Bag-o-Worms” or the “Super Soil” fertilizer at his website, buffalowormworks.com. Just don’t ask him to compost your dog’s excrement.