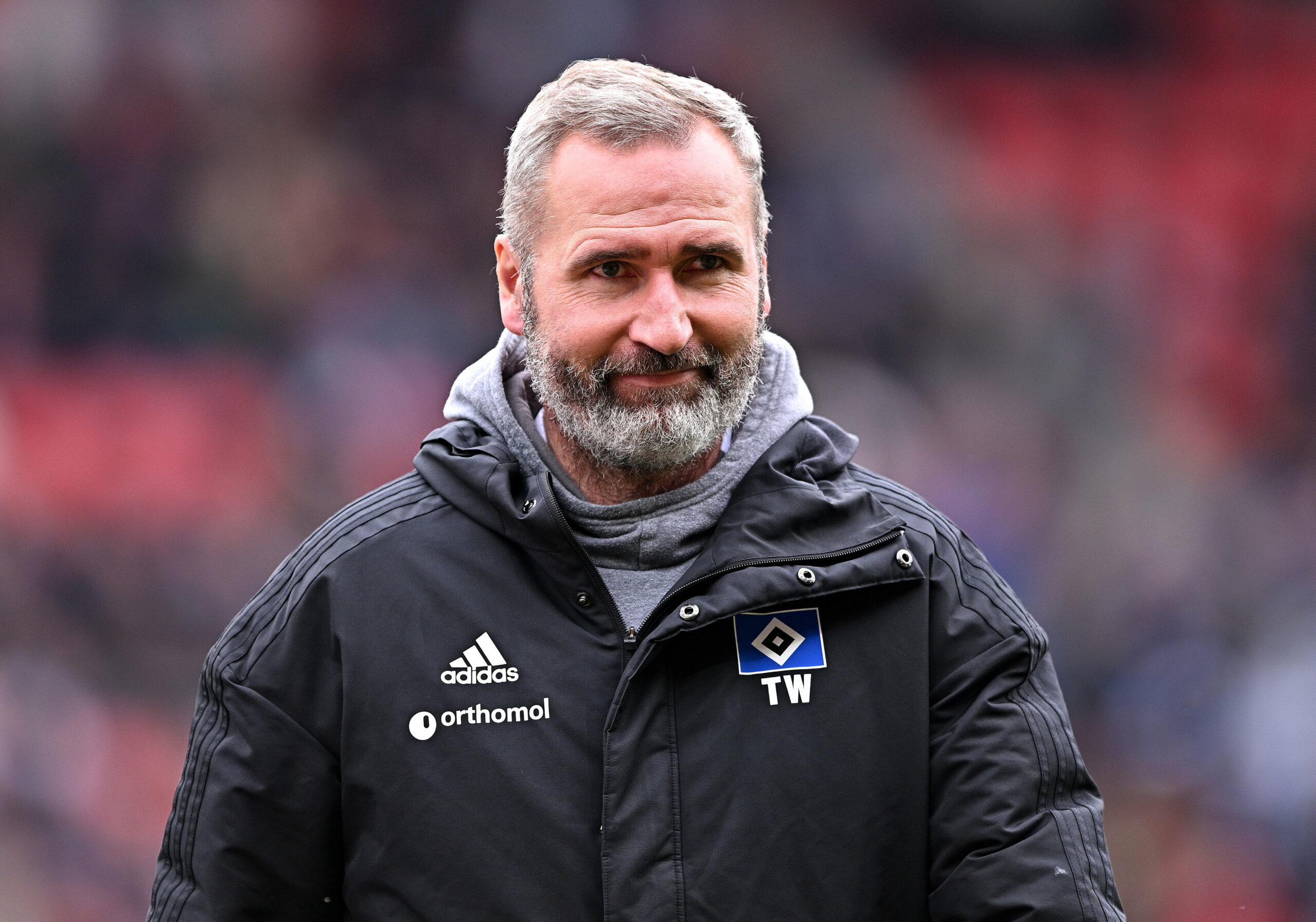 Tim Walter had never experienced such a press conference in Hamburg either. Before the away game on Saturday (1.30 p.m.) at FC Ingolstadt, the HSV coach not only had to answer the questions of the journalists in the Volkspark, but also those of numerous potential young reporters. They really put Walter through the wringer.

Walter being cross-examined by the kids. 34 students came to HSV in the Volkspark on Thursday on the occasion of Future Day. They got to know the different departments of the second division, took part in training and were then allowed to ask their questions to the coach at the press conference. There were no taboos.

news-der-woche-rund-um-den-hsv-kurz-zusammengefasst-direkt-per-mail-in-ihr-postfach-hier-klicken-und-kostenlos-abonnieren">What happened in Volkspark this week? What about HSV ahead of the next matchday? Every Friday, the Rautenpost provides you with analyses, updates and transfer rumours. Just in time for the weekend, you will receive a brief summary of all the latest news of the week about HSV from us – directly by e-mail to your inbox. Click here and subscribe for free.

Why did you actually become a coach? Who is your favorite player? Why do you always open the game with short balls at the back, even though the opponents are just waiting for it? Will you stay as a HSV coach even if you missed promotion? Are there already transfers for the new season? Does everyone still believe in the rise or are there already doubts? The HSV coach was asked these and many more questions by the students.

Walter tried to answer everything and thoroughly enjoyed the unusual press conference – even if he certainly didn’t like every question. The 46-year-old describes the coaching job as a calling for him. “As a player, I was already a coach on the pitch, that was born to me. I love my job,” says Walter, who made no secret of the fact that he would like to be at HSV next season even without promotion. “I like being here, I like it a lot. The club is great. I try to fulfill my contracts.”

On the other hand, he only allowed critical questions about his game opening to a limited extent and explained: “Of course you often see that you open briefly. Nevertheless, we have a variability with short balls, with chip balls. We try a lot to lure the opponent out. My boys are very brave.”

These are the favorite players of the HSV coach

He said nothing concrete about possible accesses, only that there were many names. This also applies when looking at his favorite players, where he named Leon Goretzka and the two Englishmen Raheem Sterling and Phil Foden, among others.

And what about the doubts about ascension? Walter: “Why should one doubt? He who doubts loses. We never doubt ourselves but are convinced of what we do.”