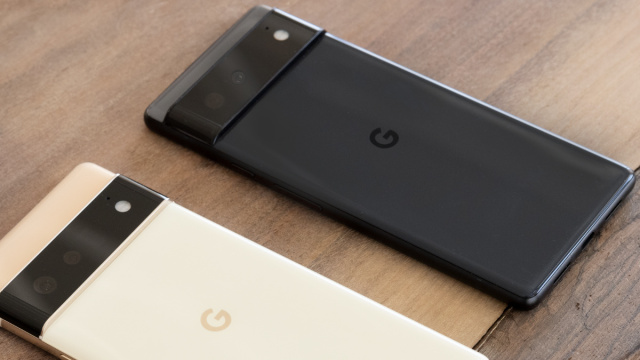 Google Pixel 6 and Pixel 6 Pro in comparison: this is what smartphones can do

Google revealed the Pixel 6 and Pixel 6 Pro – and much of the pre-leaked information has been confirmed. On paper, the smartphones sound like real high-end devices that focus on two areas at the same time: According to Google, the camera meets the highest standards and offers many new features. The in-house tensor chip (SoC), on the other hand, is supposed to make the pixel smartphones smarter and faster than ever before (see table below for comparison).

The main camera’s sensor should be able to capture 150 percent more light than its predecessor. The maximum resolution is 50 megapixels (MPixels). Both models also offer an ultra-wide-angle lens with 12 MPixels. The other camera features show the first differences between the Pixel 6 and Pixel 6 Pro, because only the Pro model has been given a telephoto lens with optical zoom. The models also differ from each other with the front camera, but not quite as clearly: The Pixel 6 snaps photos with a maximum of 8 MPixels, the 6 Pro with 11.1 MPixels. In addition, the Pro model has a slightly larger detection angle, which should be particularly noticeable in group photos.

The real highlight, however, is not necessarily the camera hardware, but the software for image optimization – and here both smartphones are equally equipped. The range of functions includes portrait, panorama and night vision modes, a sharpener that is supposed to get more out of the picture even in poor lighting conditions, and an eraser that automatically removes objects or people from the picture. The movement mode, which is intended for dynamic sports photos, also sounds exciting (for examples, see the picture gallery below).

The Pixel 6 and Pixel 6 Pro also have in common the in-house tensor chip, with which the devices run 80 percent faster than the Pixel 5, according to Google . Thanks to the Tensor SoC, the battery should also last longer. In combination with another chip, the Titan M2, the new smartphones are also particularly secure.

Other features include WiFi 6, Bluetooth 5.2, a fingerprint sensor under the display, NFC as well as 5G and Google Cast. The smartphones do not have a jack connection. The devices can be operated via eSIM and a nano SIM card (dual SIM function).

It is also interesting that Google deviates from the well-known 2-year update principle. The Pixel 6 models will now receive three years of Android upgrades and five years of security updates. Compared to the Android competition, this is a clear advantage, because usually after two years of support it ends, cheap smartphones often don’t even get an update, let alone an upgrade to a new Android version. It remains to be seen whether other manufacturers will follow suit.

You can see further differences and similarities between the two Pixel smartphones in the table below.

The Pixel 6 will appear in stores at an MSRP of 649 euros (128 GByte memory). The colors are Stormy Black, Kinda Coral and Sorta Seafoam.

You can pre-order the smartphones up to October 27th – including a big extra, because pre-orderers will get the noice-canceling headphones Bose 700 (for testing) worth around 250 euros from all participating retailers for free. The devices will be available in stores from October 28th.

These dealers have the Pixel 6 and Pixel 6 Pro